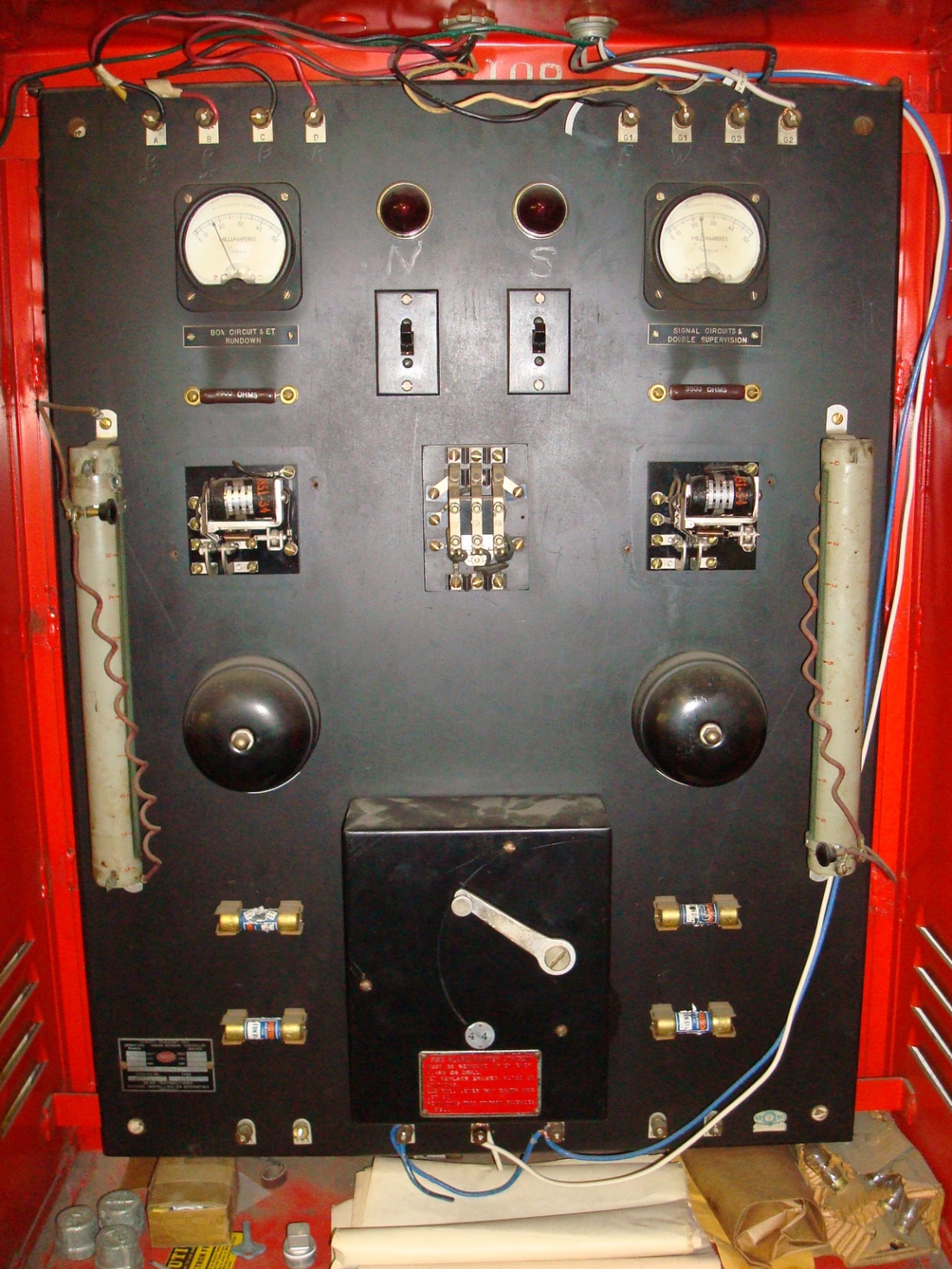 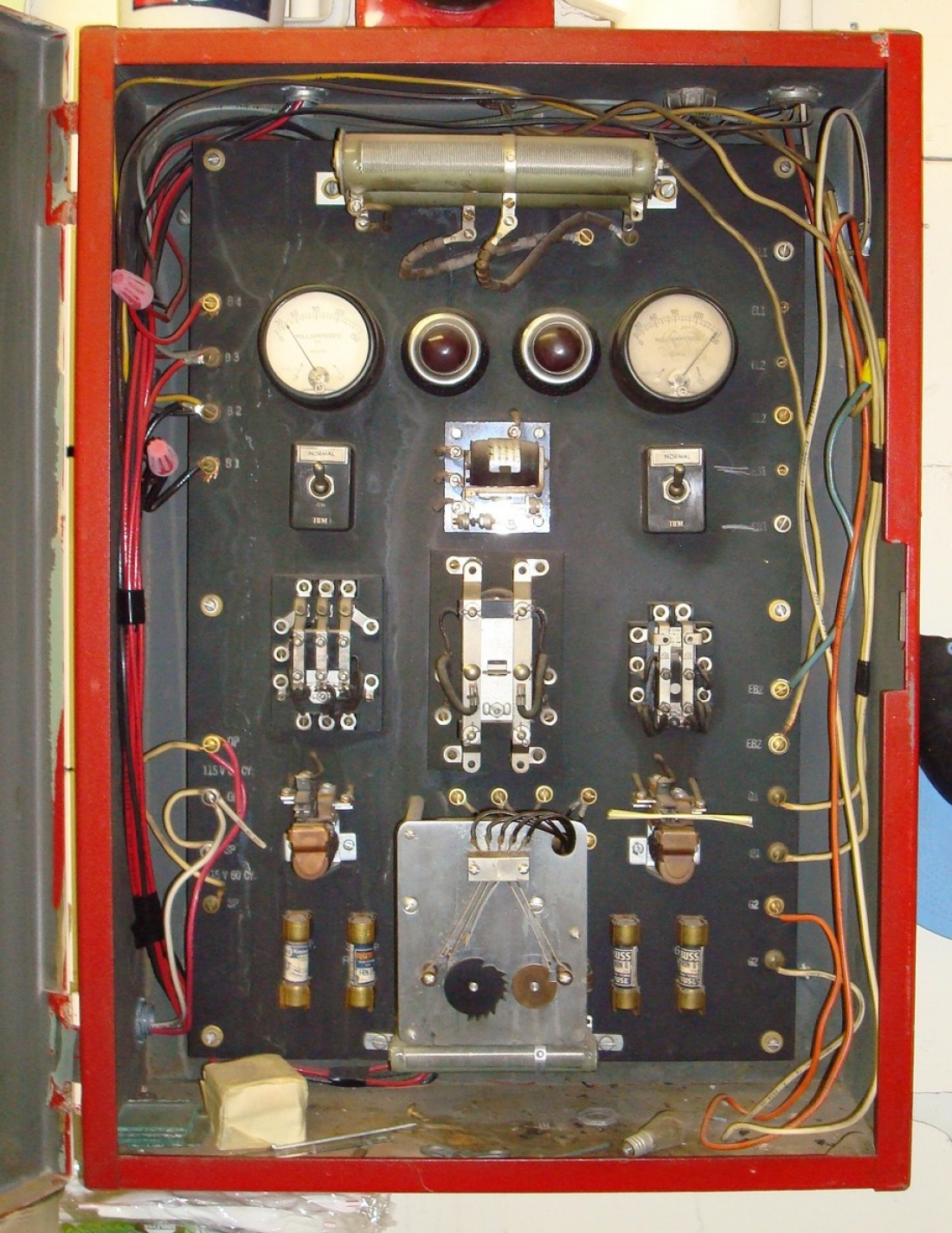 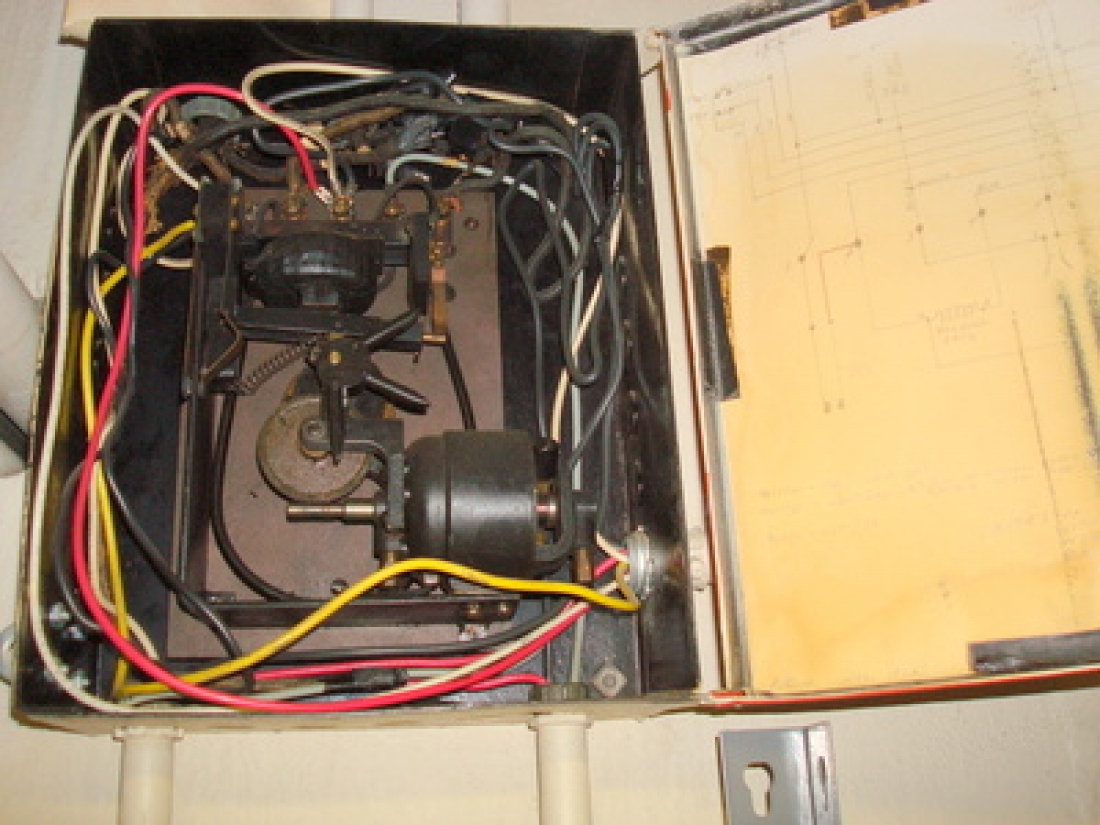 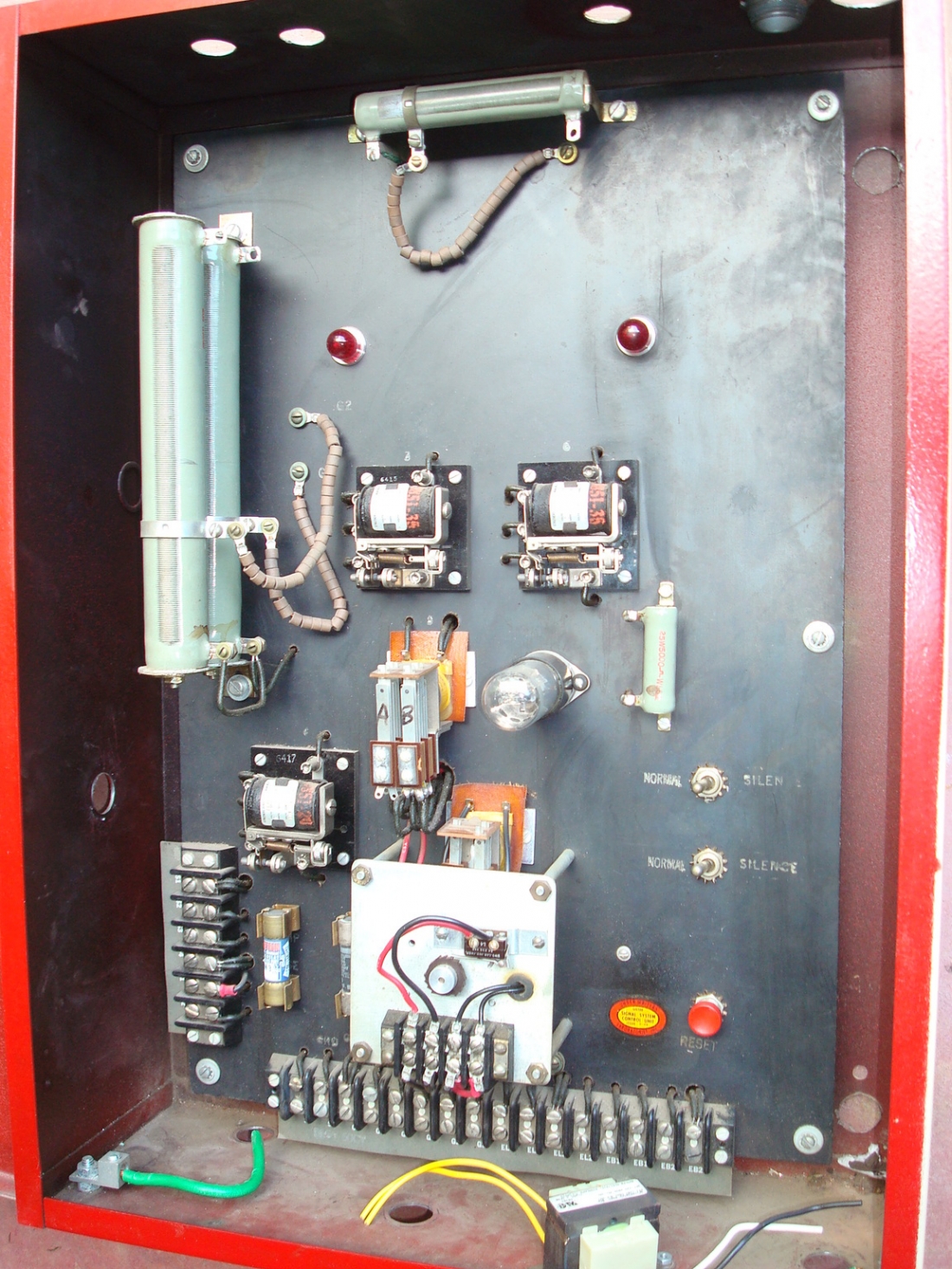 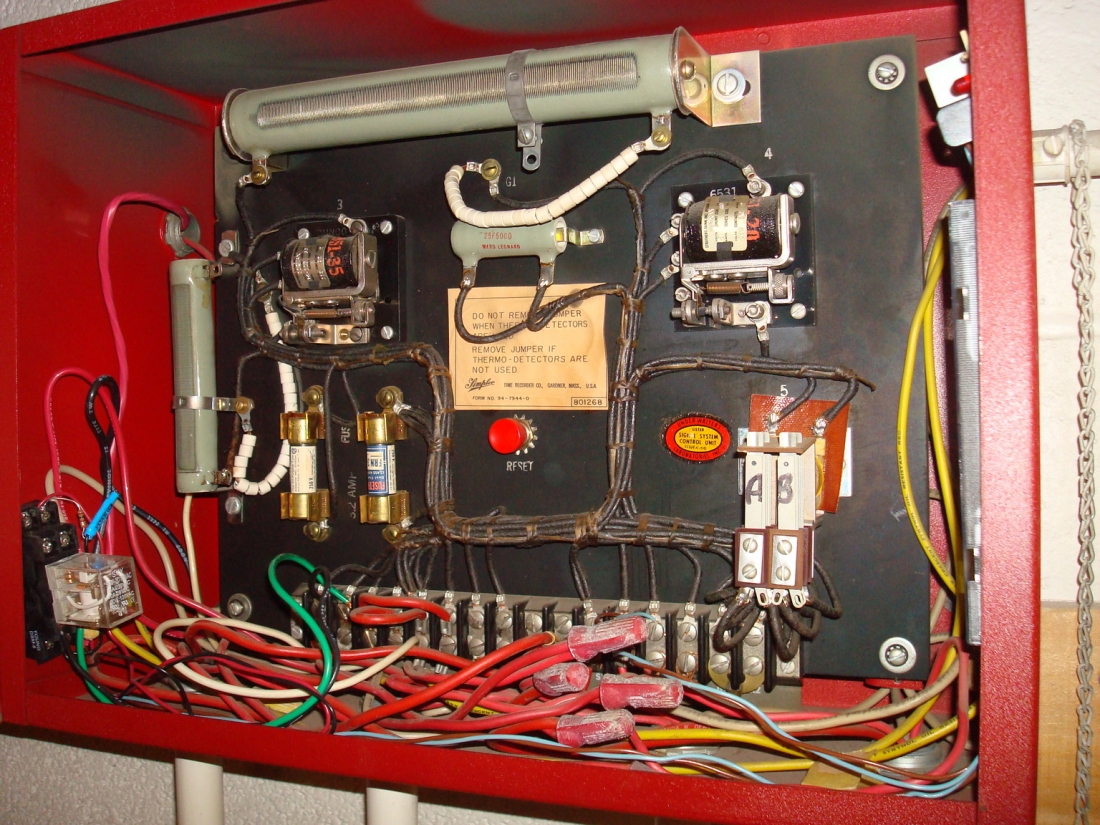 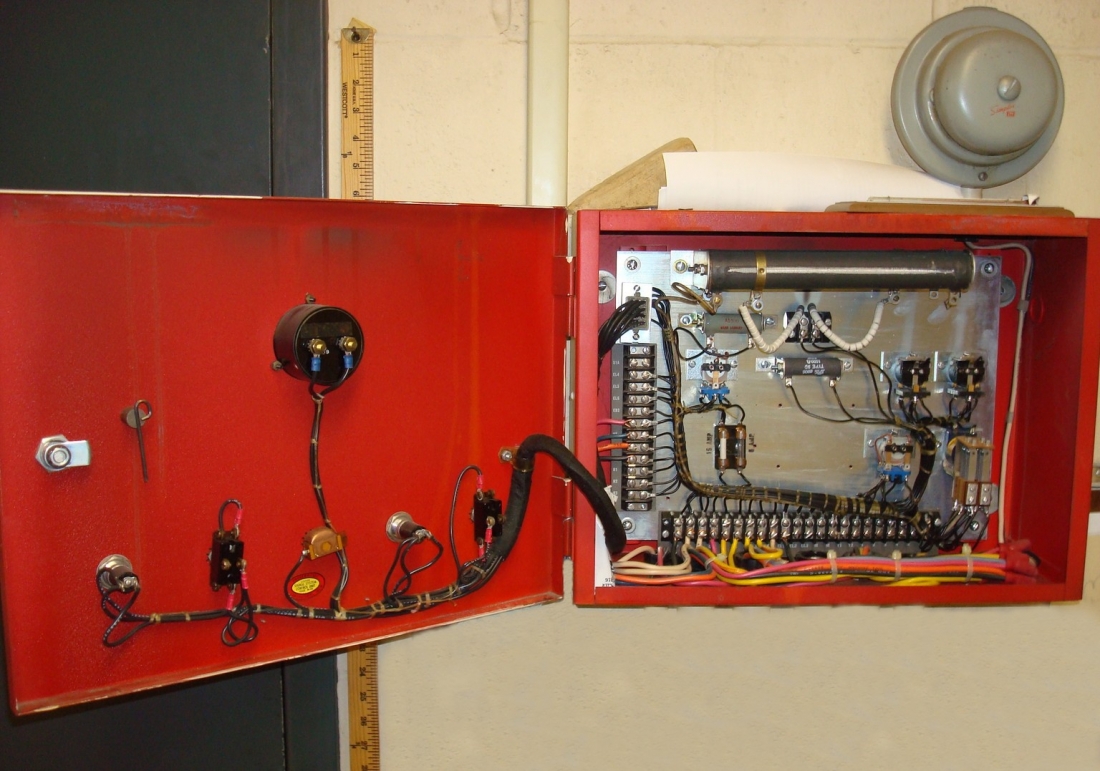 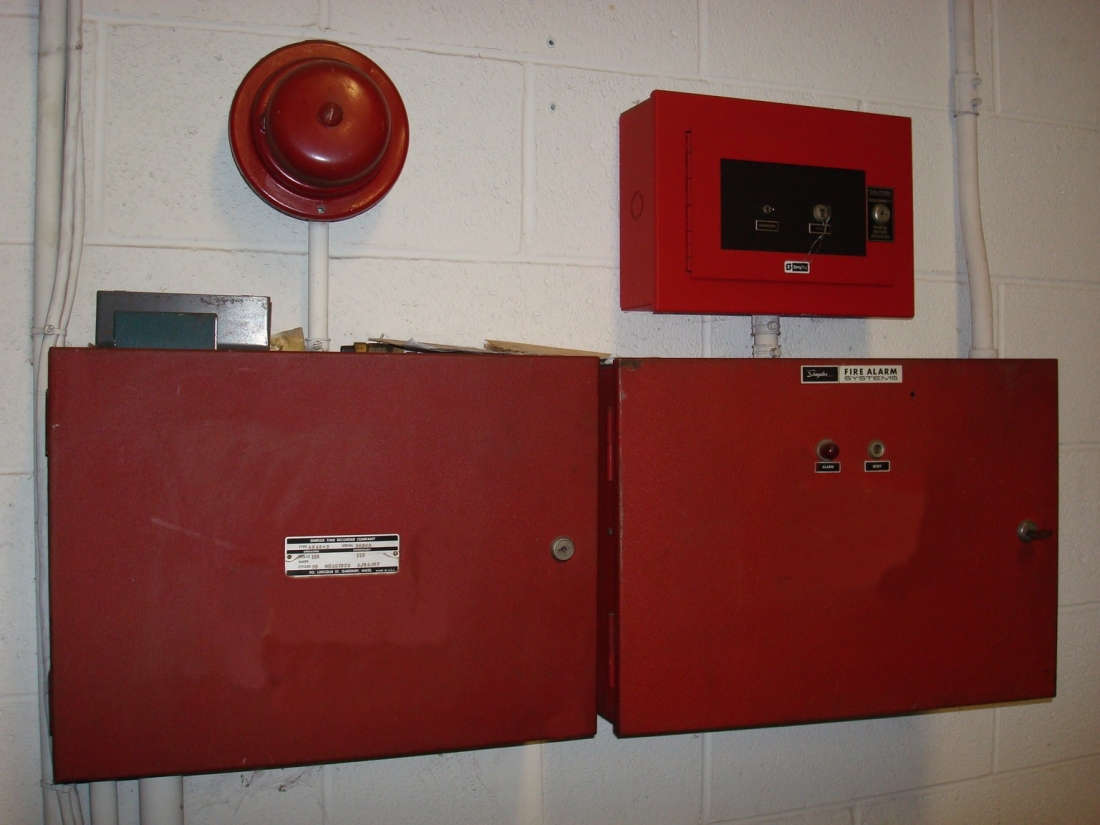 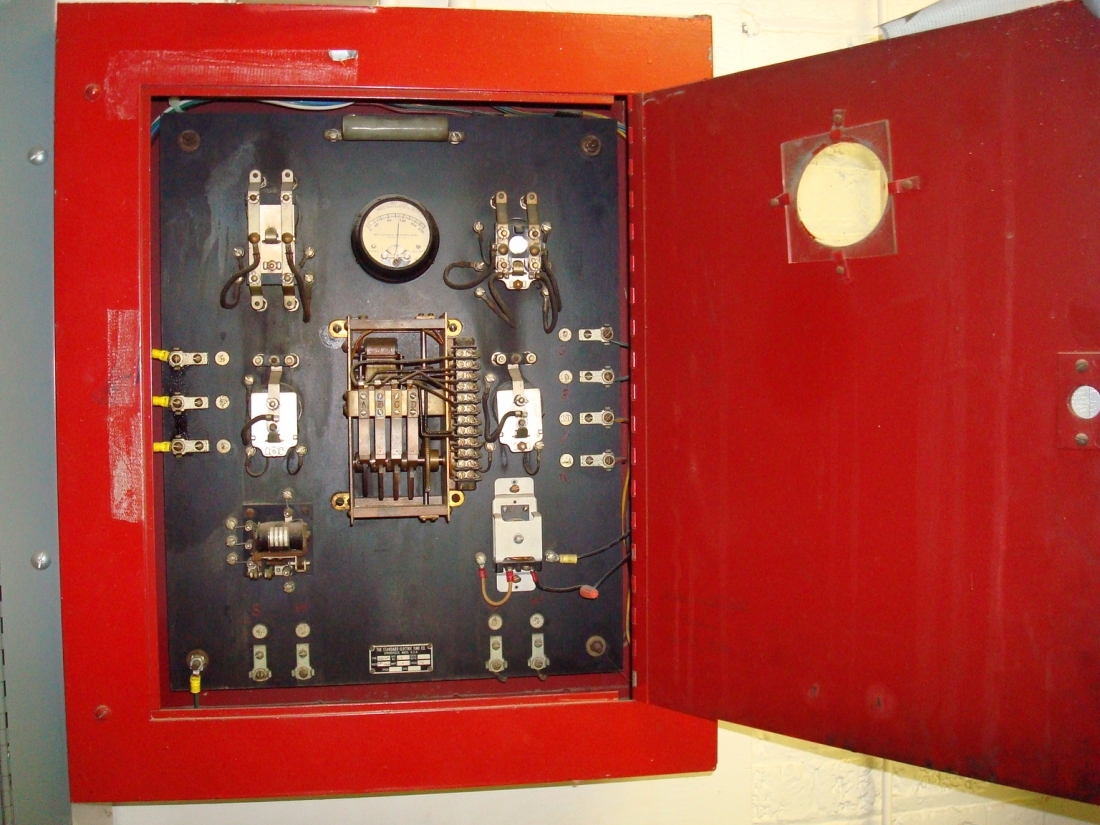 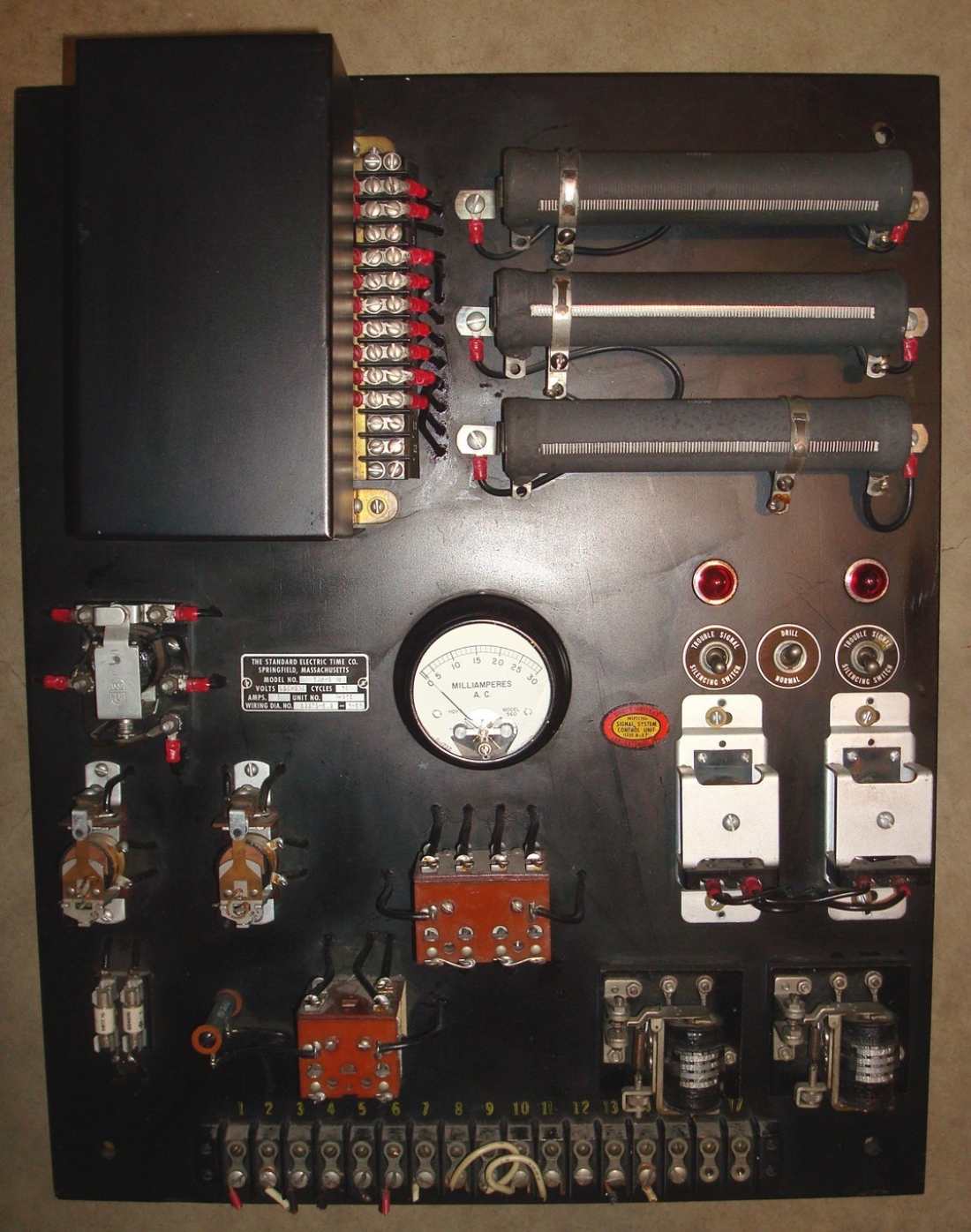 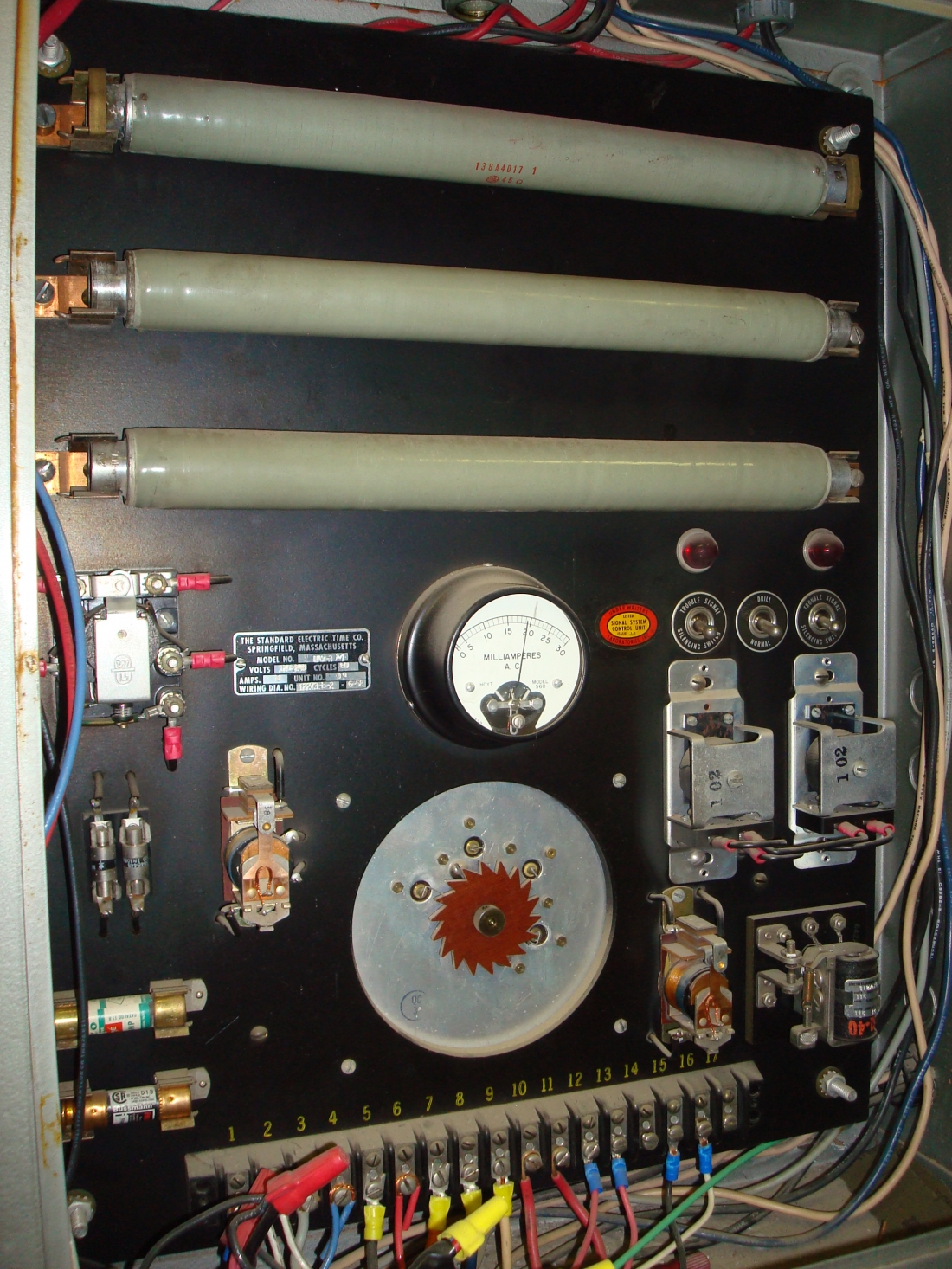 It’s amazing how often those who salvage and collect vintage fire alarm hardware fail, or choose not to collect the control panel; the most important component of any fire alarm system. What sense is there in collecting the bells, horns, pull stations, and other fire alarm hardware, if you do not have the most crucial component that operates them all?

Unlike the pull stations and audible devices that are easily seen in hallways, fire alarm control panels are often times obscure, usually secured under lock and key. In most older buildings they are usually housed in utility and boiler rooms where most people do not have easy access. This may be one reason why they often times are overlooked and not salvaged when an old building is in abatement, being renovated, or demolished.

Another reason old fire alarm control panels may not be salvaged, could be the fact they are harder and take longer to disconnect. Much more so then just a simple pull station, fire alarm bell or horn, many old control panels are very heavy, some weighing well over a hundred pounds, therefore making them cumbersome to handle and remove.

Most of the vintage panels illustrated on this page are coded control panels that were manufactured from the 1920’s up through the 1960’s. These types of panels were built like tanks and made to last, and last they have. You can still find them being used in older schools and other old buildings. The only problem is when they break down, since they are no longer in production, finding replacement parts can be very difficult. Unless an original or newer compatible part can be obtained, older control panels are usually discarded. In many such cases, a complete new fire alarm system must be purchased and installed because a simple part could not be found.

These old control panels were the gold standard of their day. Most were AC powered using relays and big wire-wound resistors. Many of these panels had a code wheel mounted somewhere on the panel that was controlled by a synchronized motor. It was the code wheel that pulsed the signal to the bells or horns. Pull stations and large AC bells or horns would be wired in a series and/or loop configuration to the control panels. Heat and smoke detectors could also be wired in the same manner. It was these devices that would sound the fire alarm.

The panels came in different sizes depending on the manufacturer and how many bell and pull station circuits were needed. Most of these old control panels made use of two separate power phases to the panel. If the primary phase was interrupted for some reason, the secondary phase would take over and sound a trouble bell.  All of the electrical components were mounted on heavy 1/2 inch, ebony-electric boards made from asbestos. These vintage electric boards are often times mistaken as slate, when in fact they are asbestos boards sealed in a protective coating of Bakelite black resin.  Bakelite is phenolic resin, an early form of hard plastic that had many industrial uses.  It should be noted that as long as the boards are not damaged and kept intact, there is absolutely no danger from asbestos contamination.

Due to their low electrical conductivity and resistance to heat, asbestos and Bakelite were both popular materials for making electric boards. These two materials were excellent in preventing blown fuses and other electrical components from causing fires. The heavy control panels and/or electric boards would then be mounted into metal cabinets that were usually painted red, gray, or silver.

Though primitive compared to the newer fire alarm control panels made today, these older control panels have stood the test of time. Indeed, as mentioned earlier, you can still find them being used in many old buildings, with some panels being well over 80 years old. 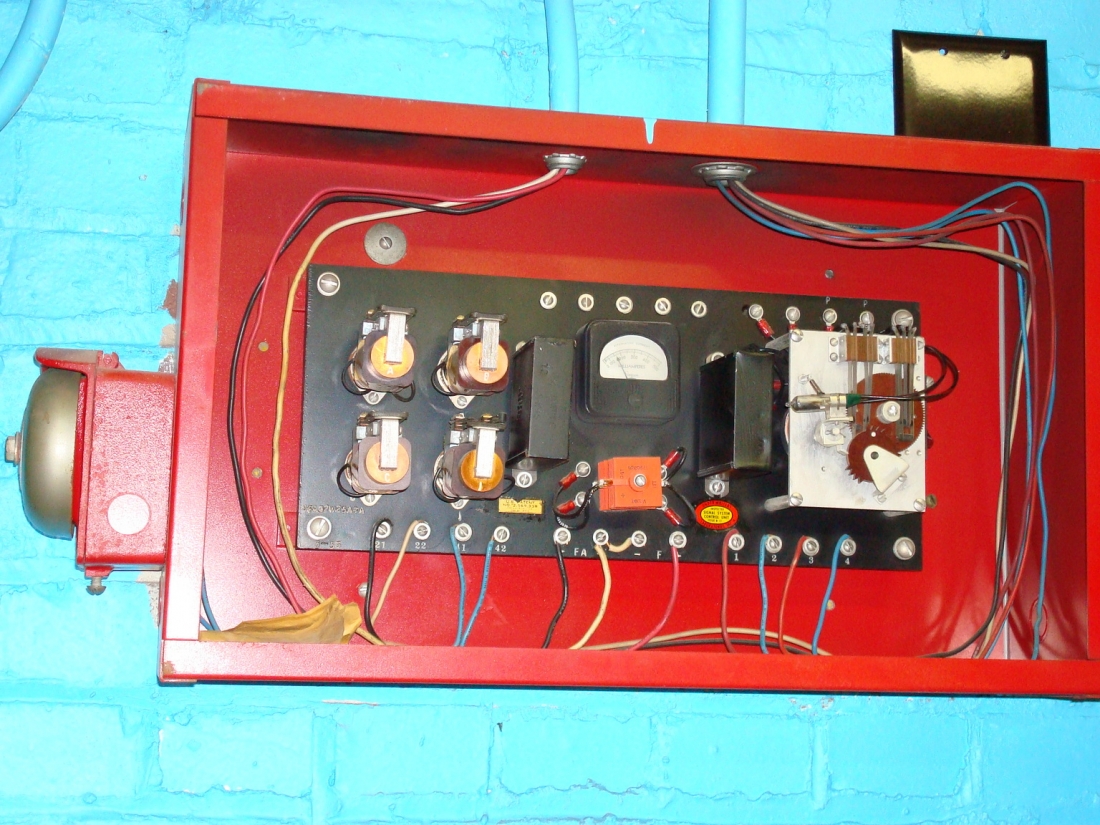 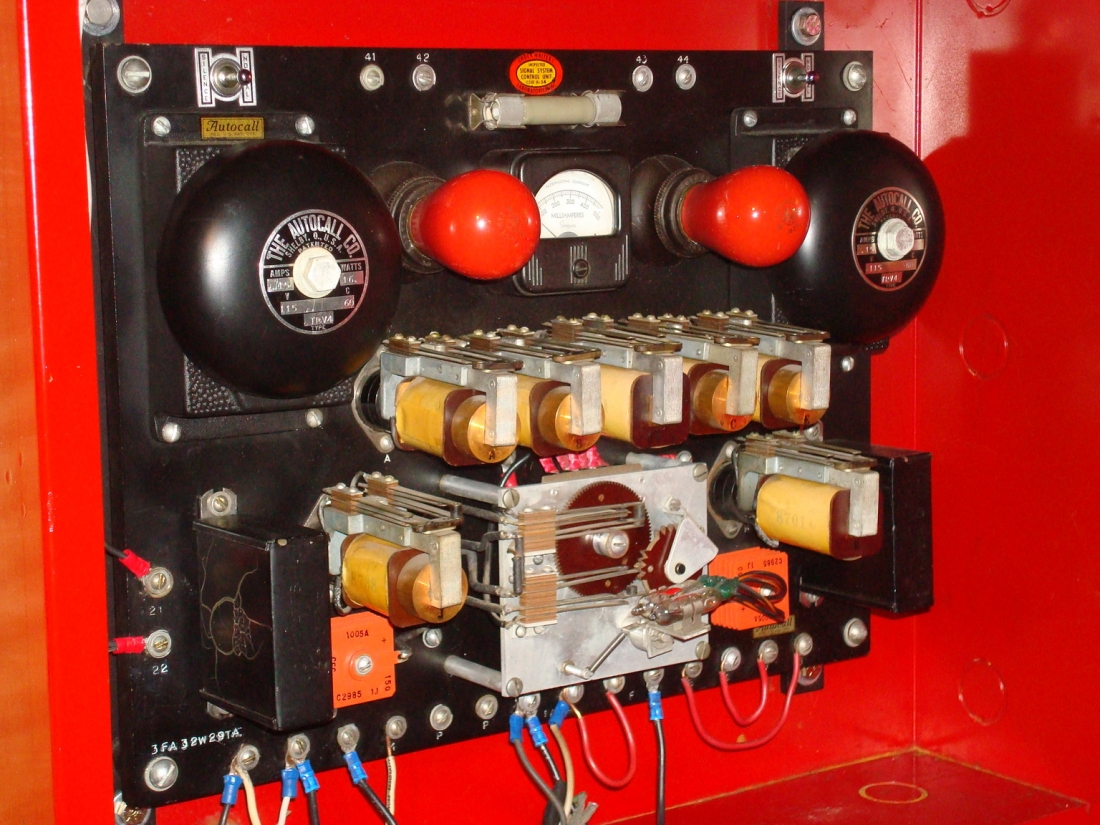 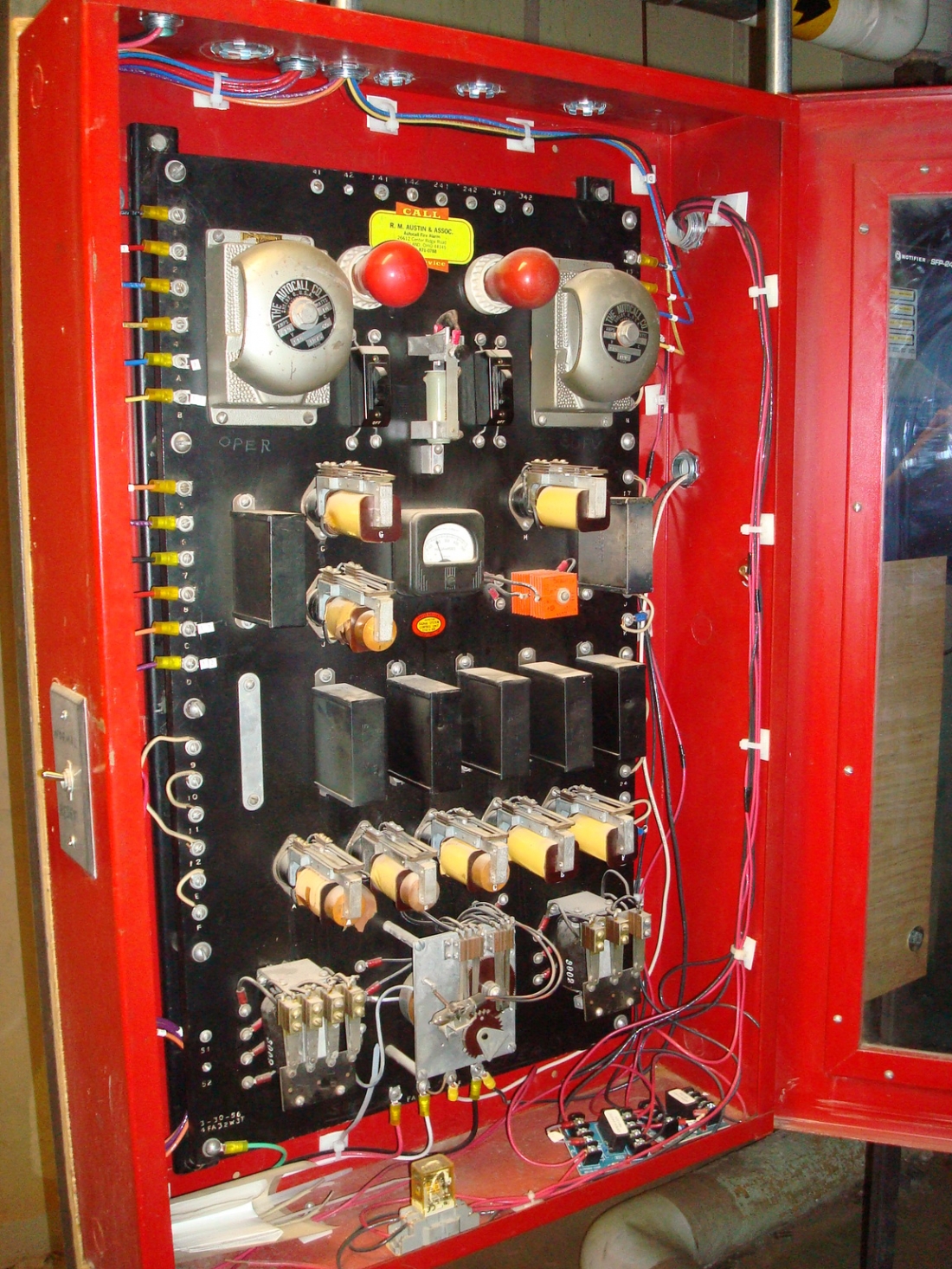 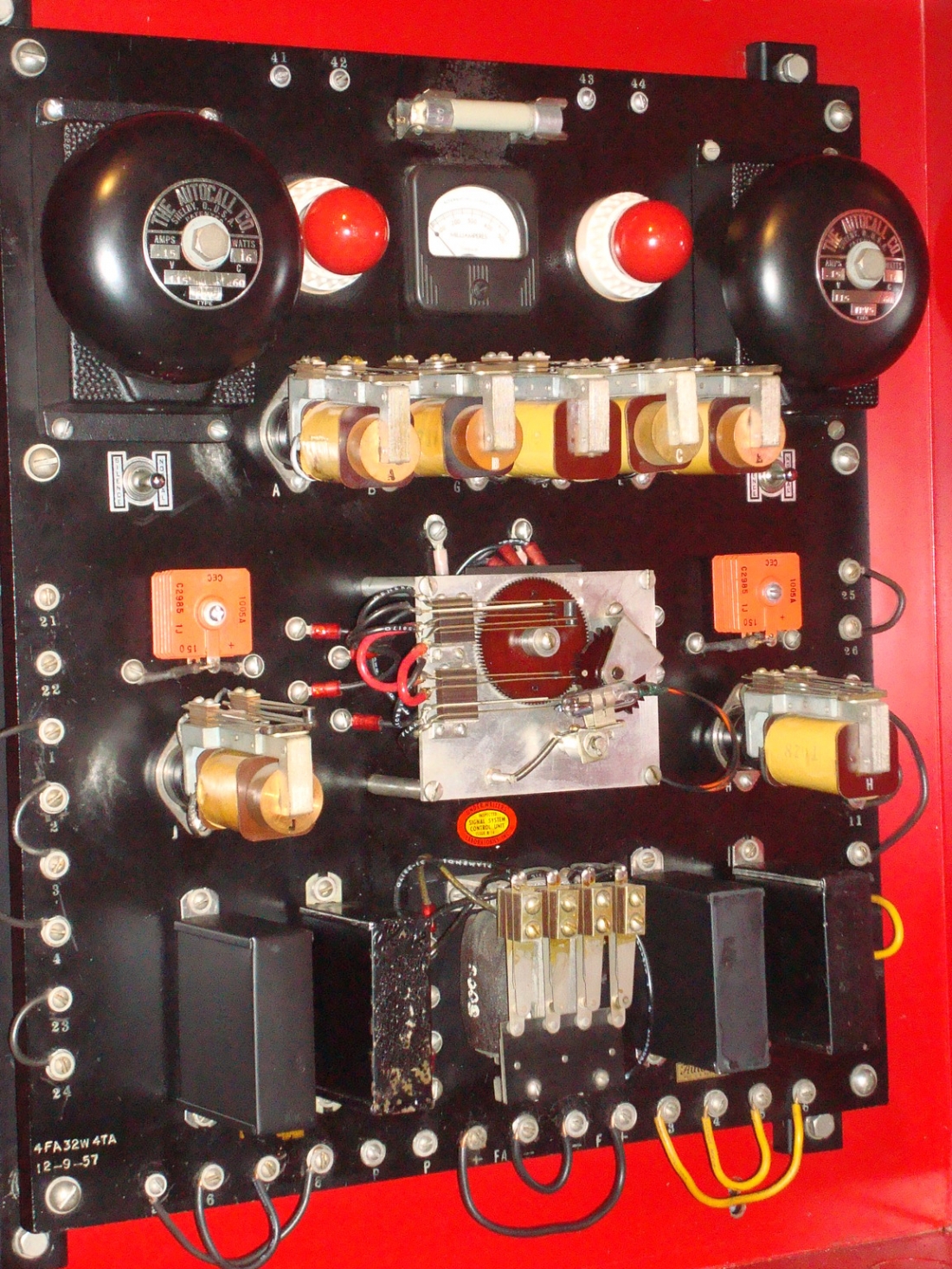 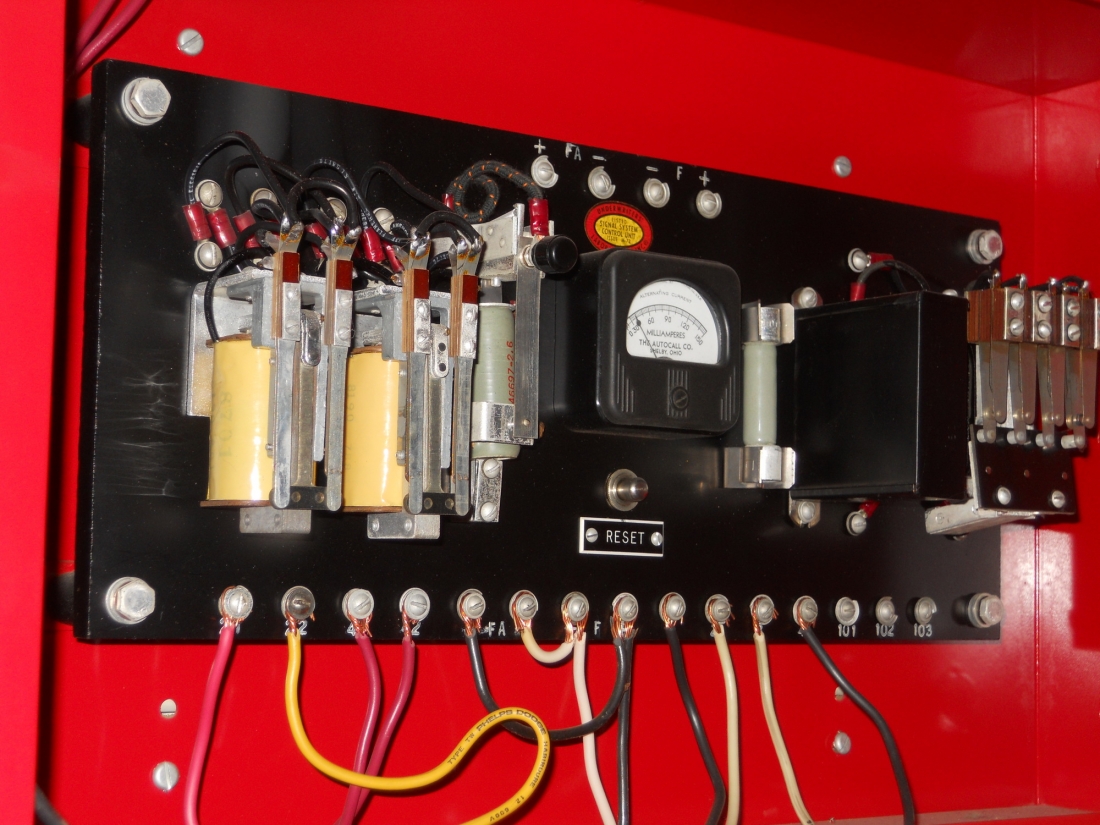 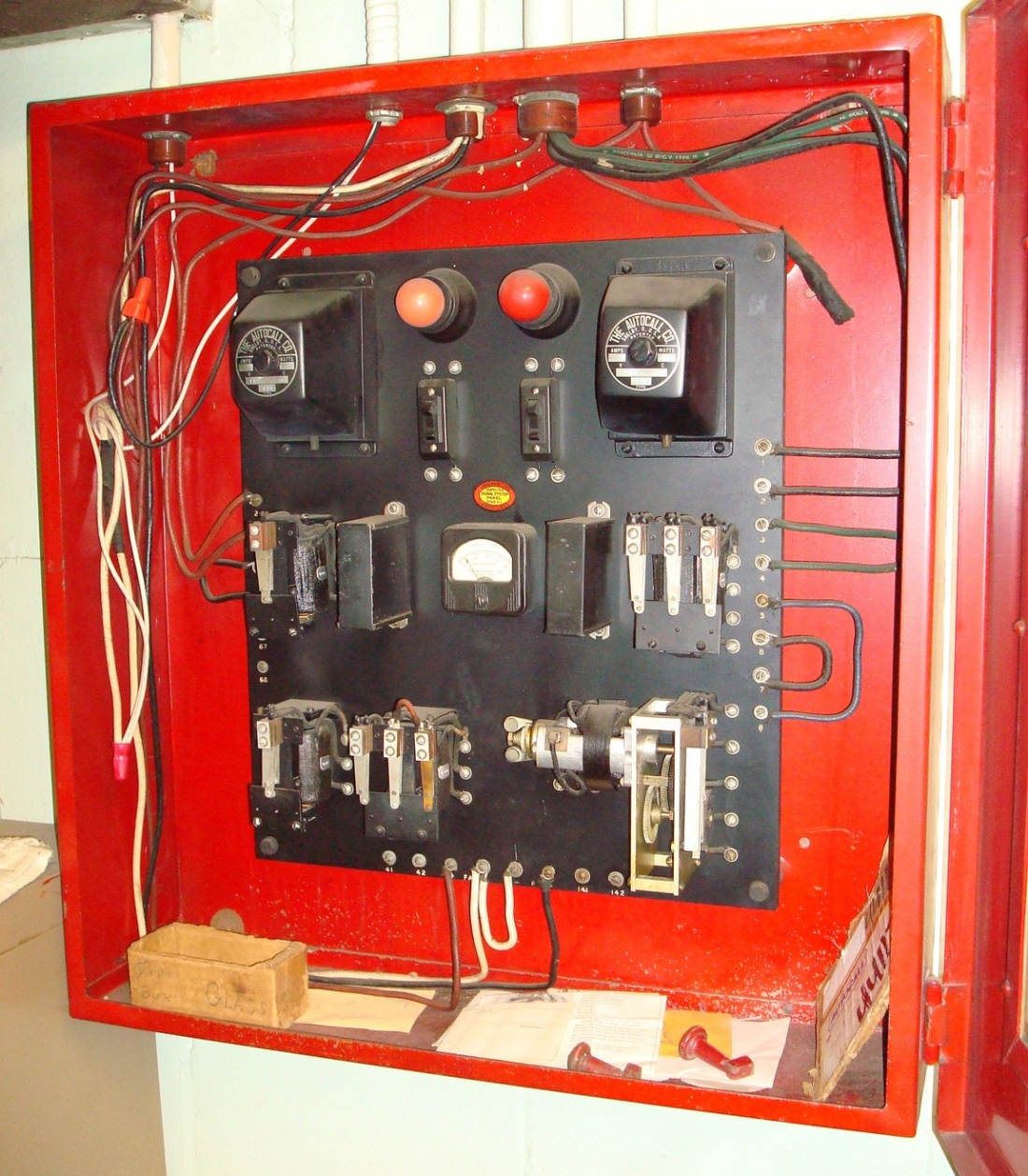 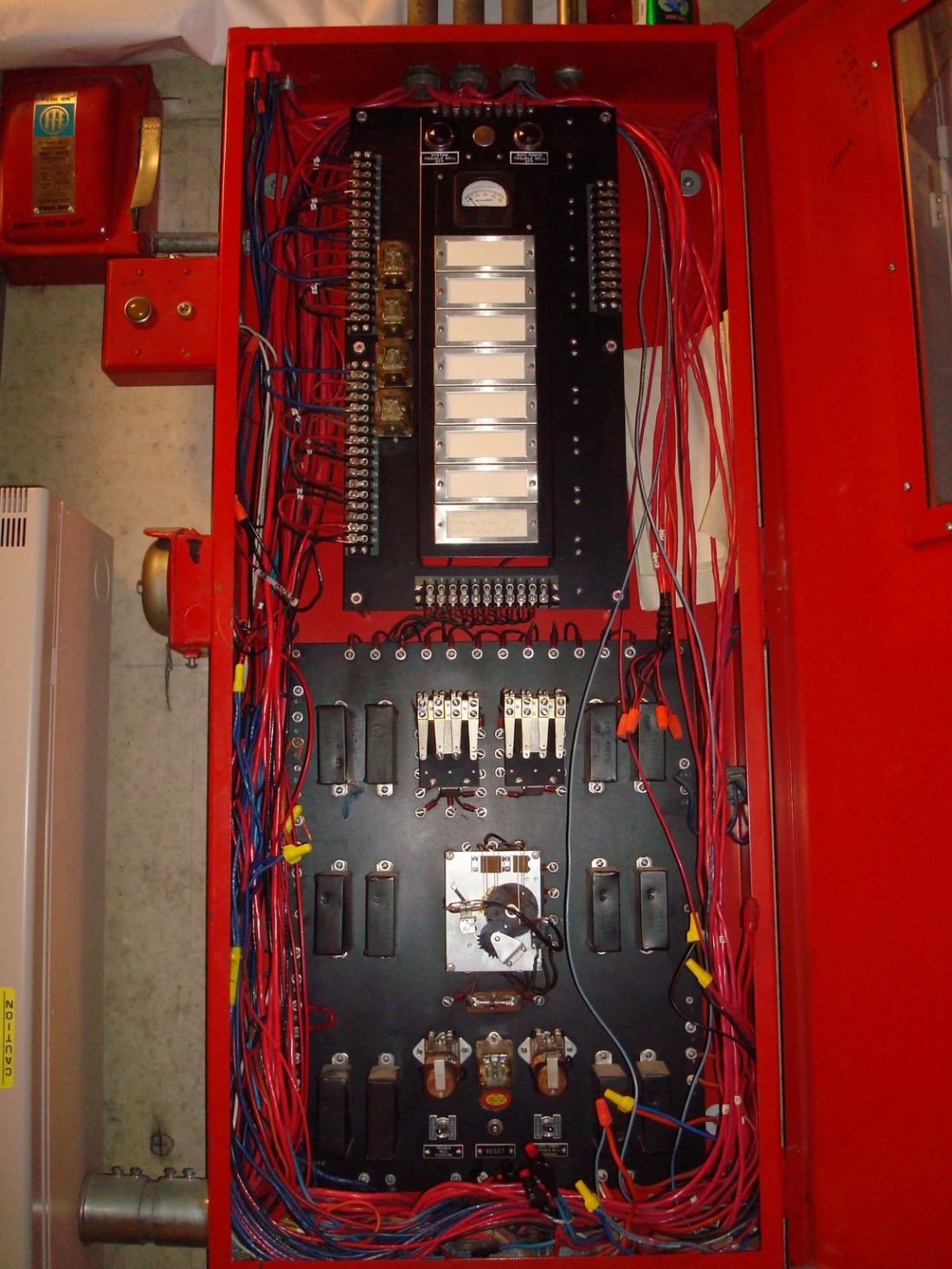 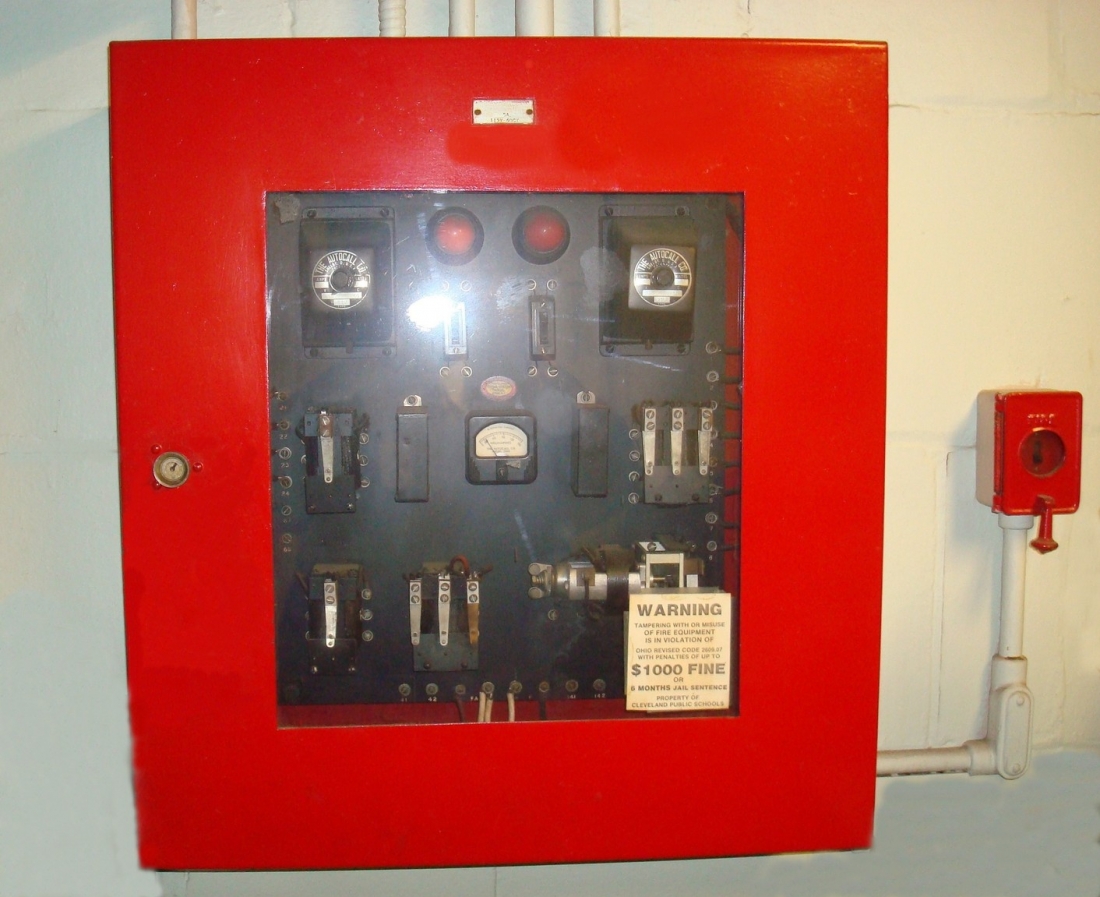 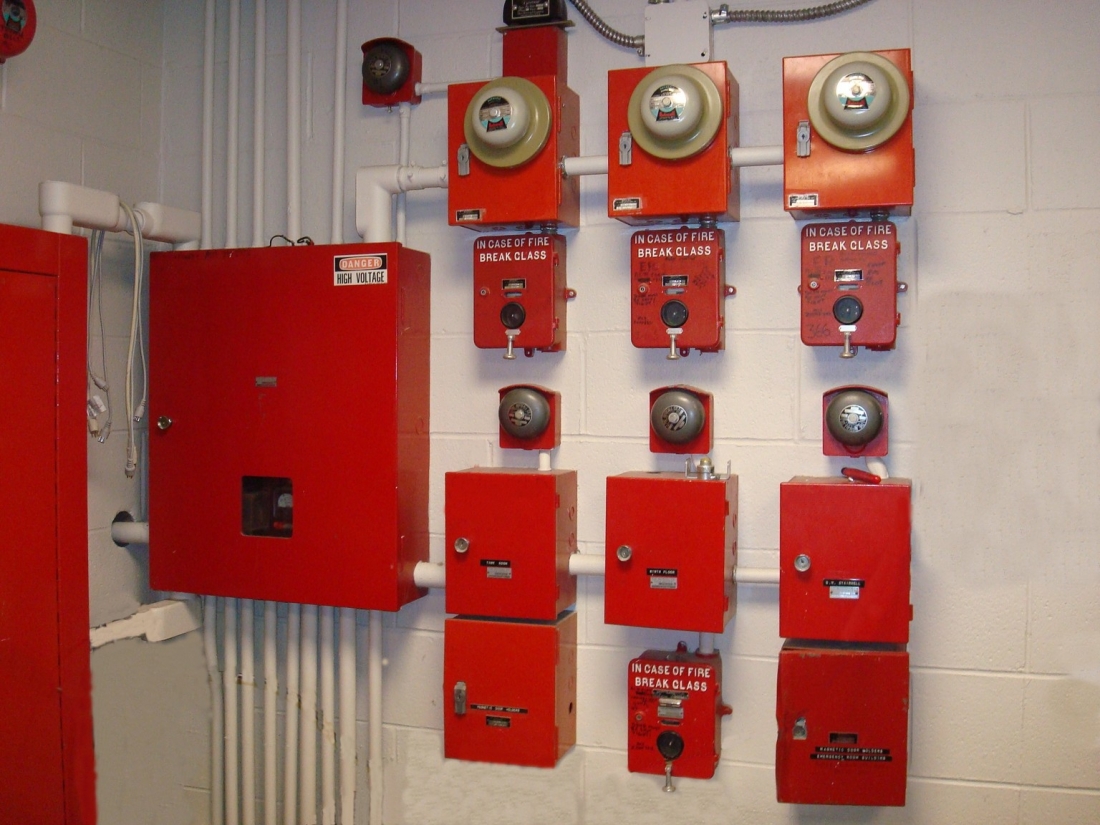 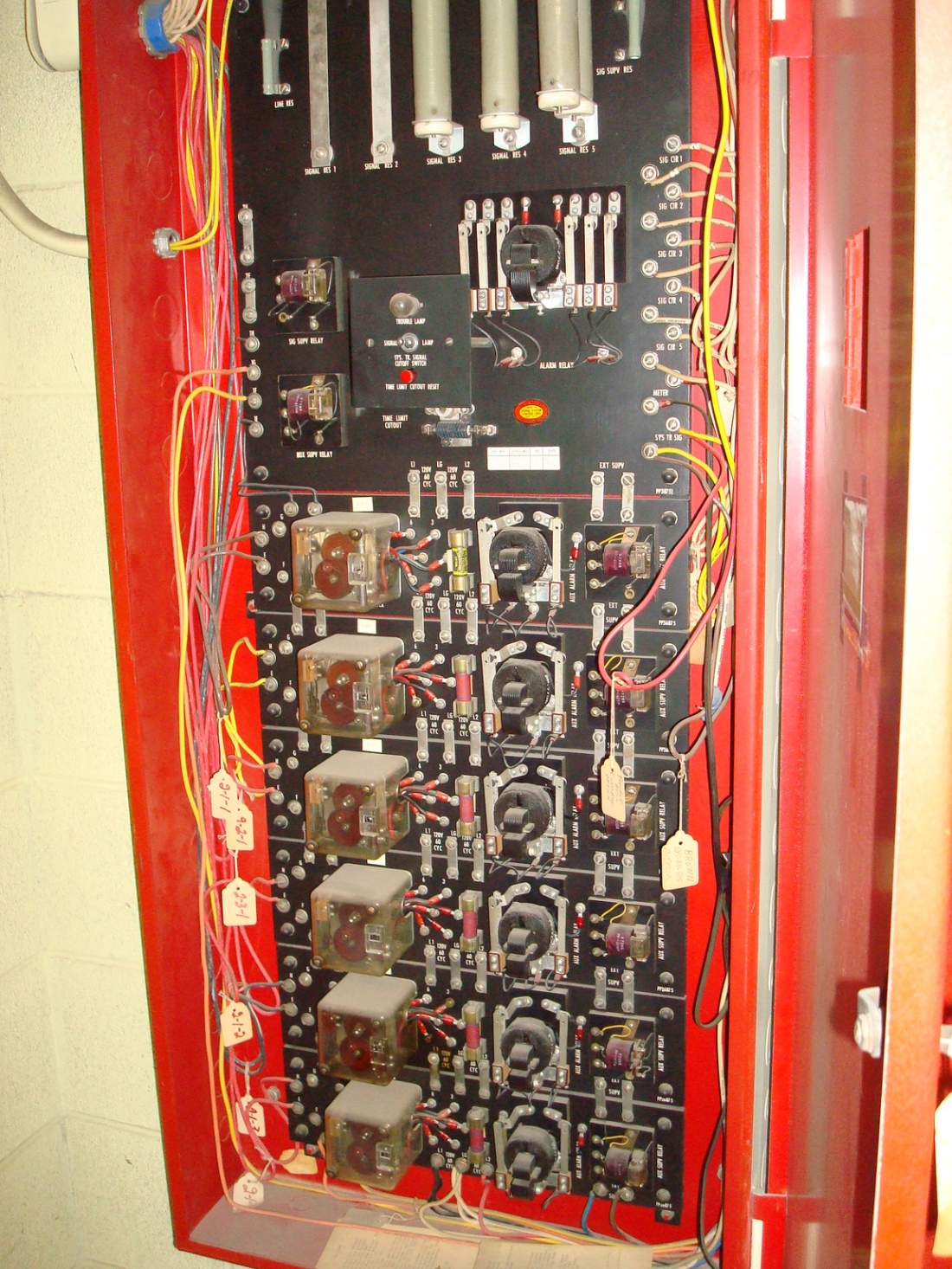