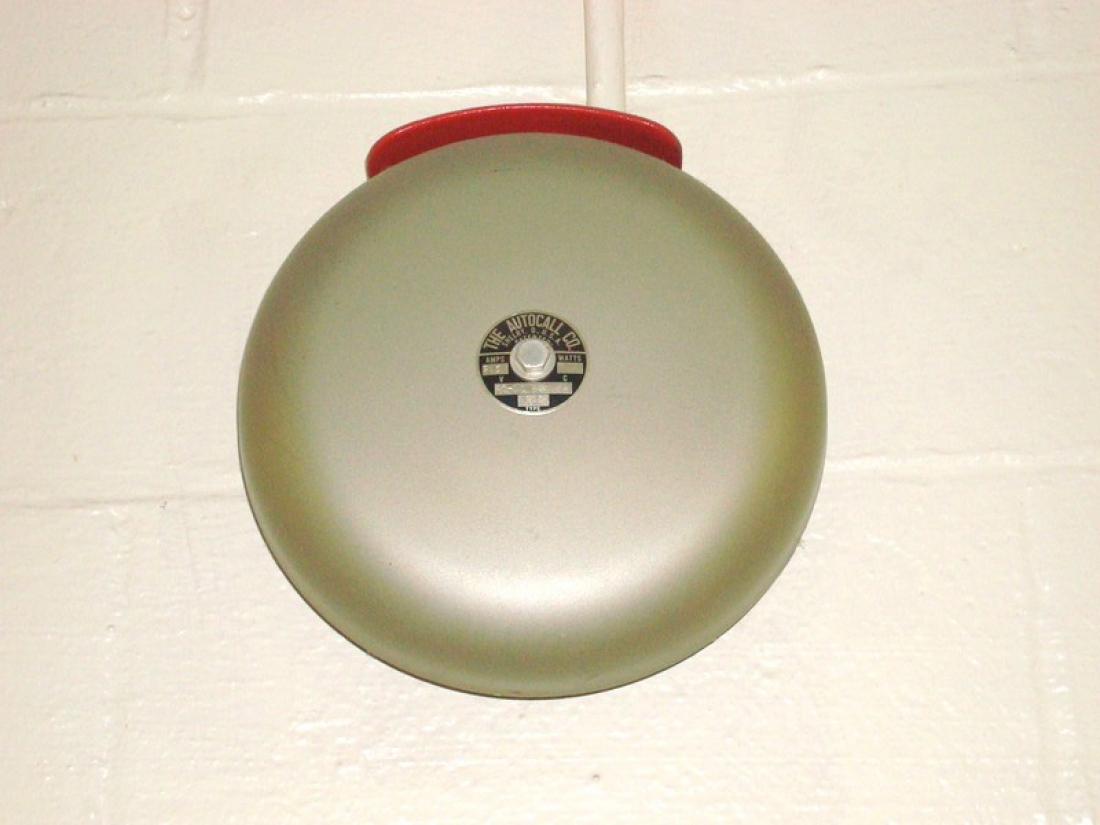 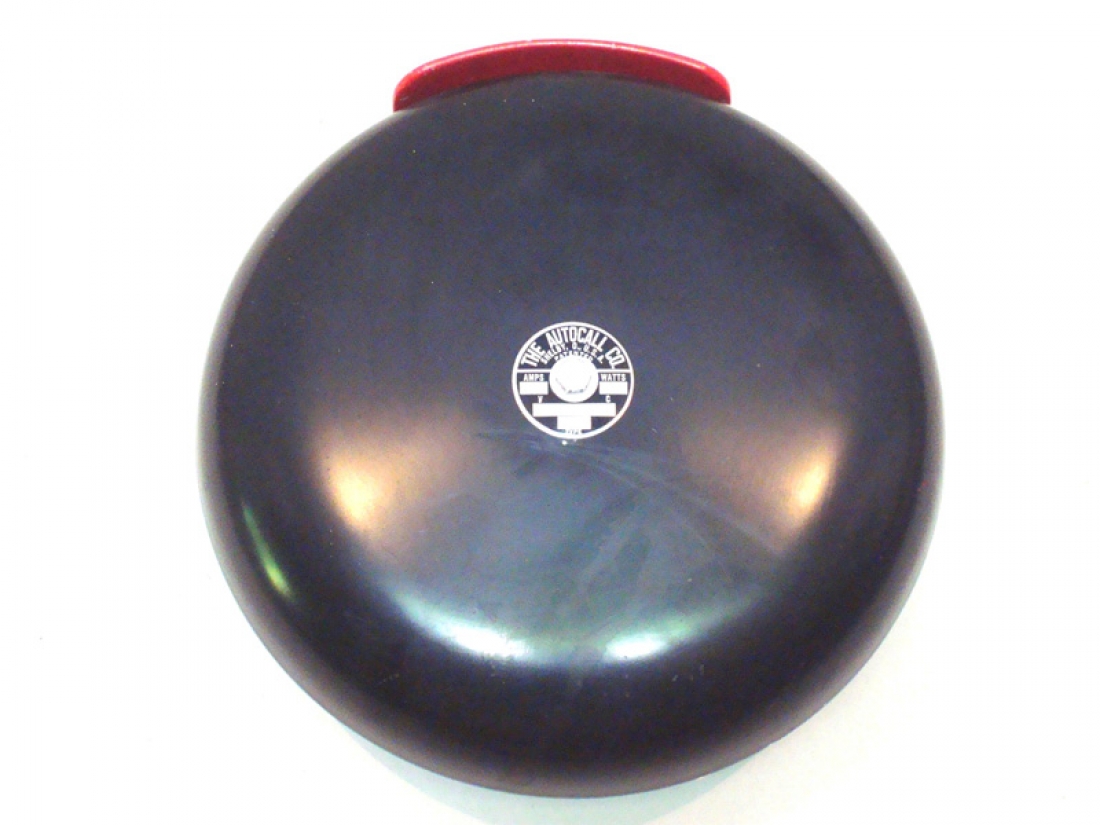 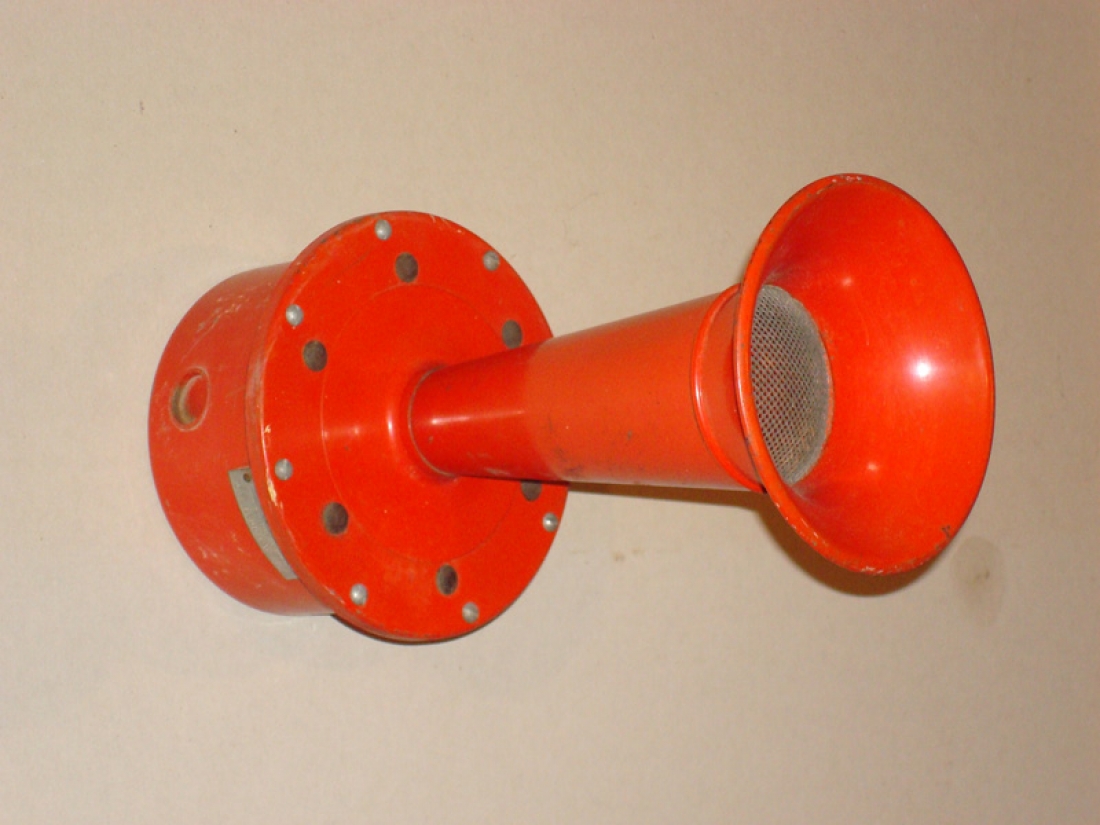 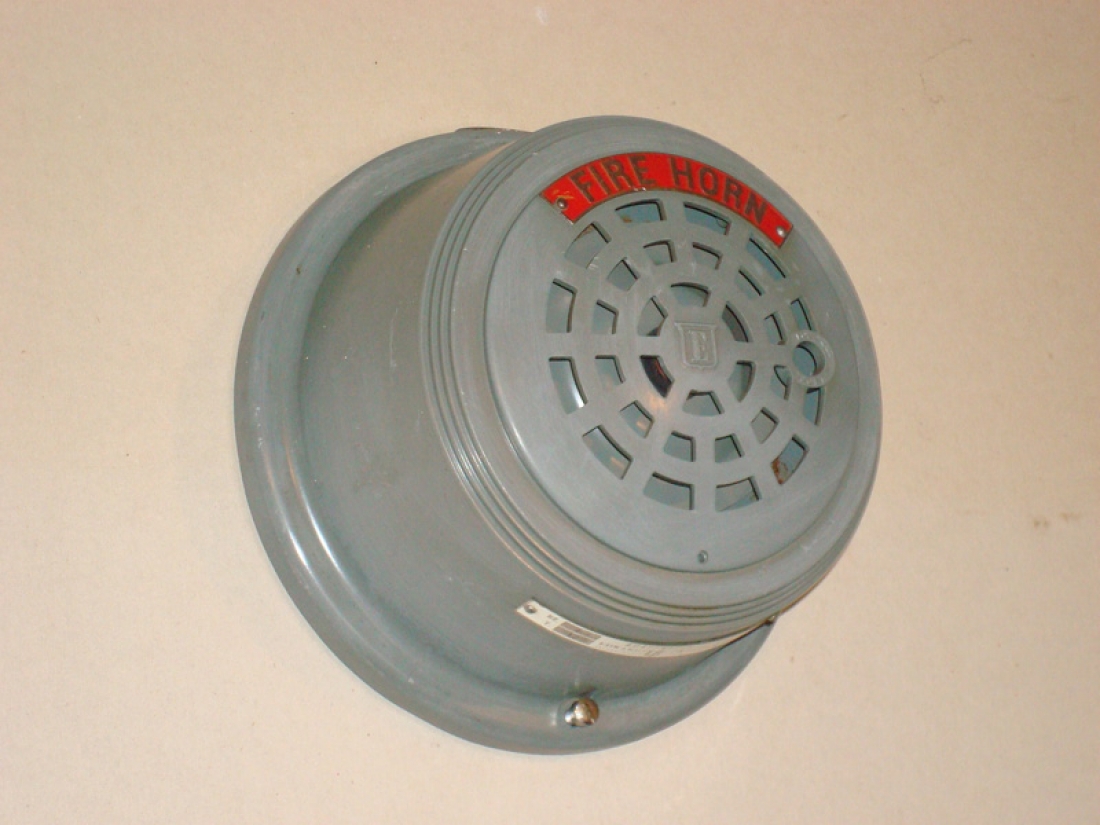 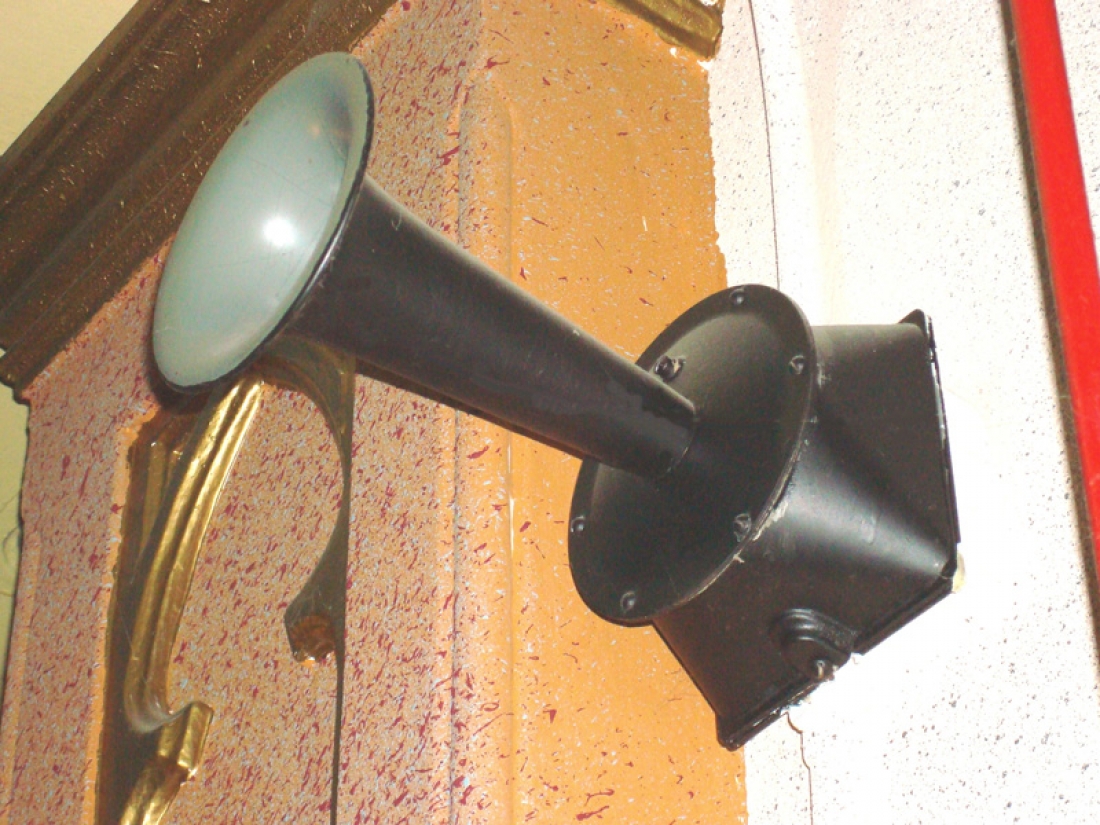 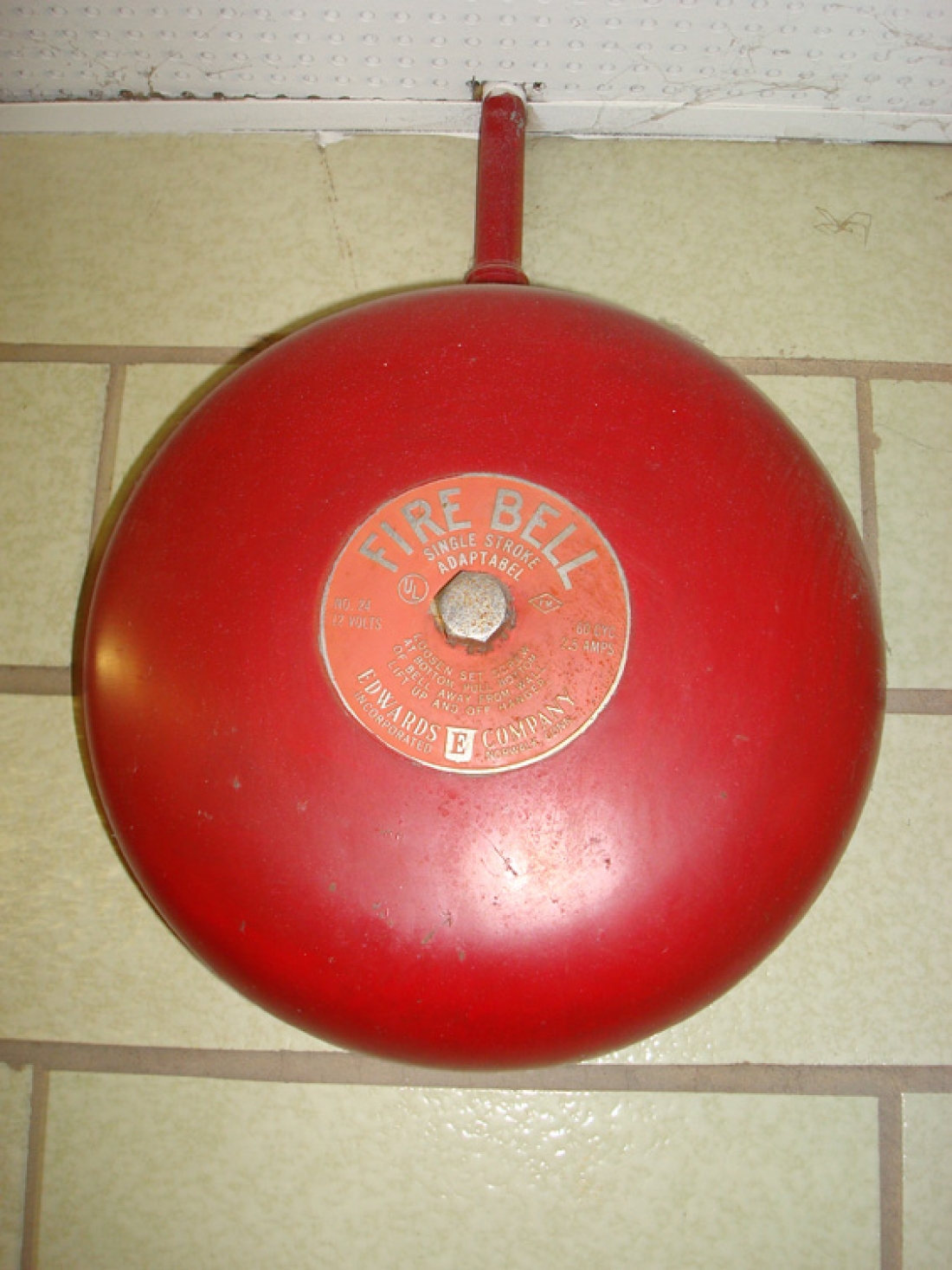 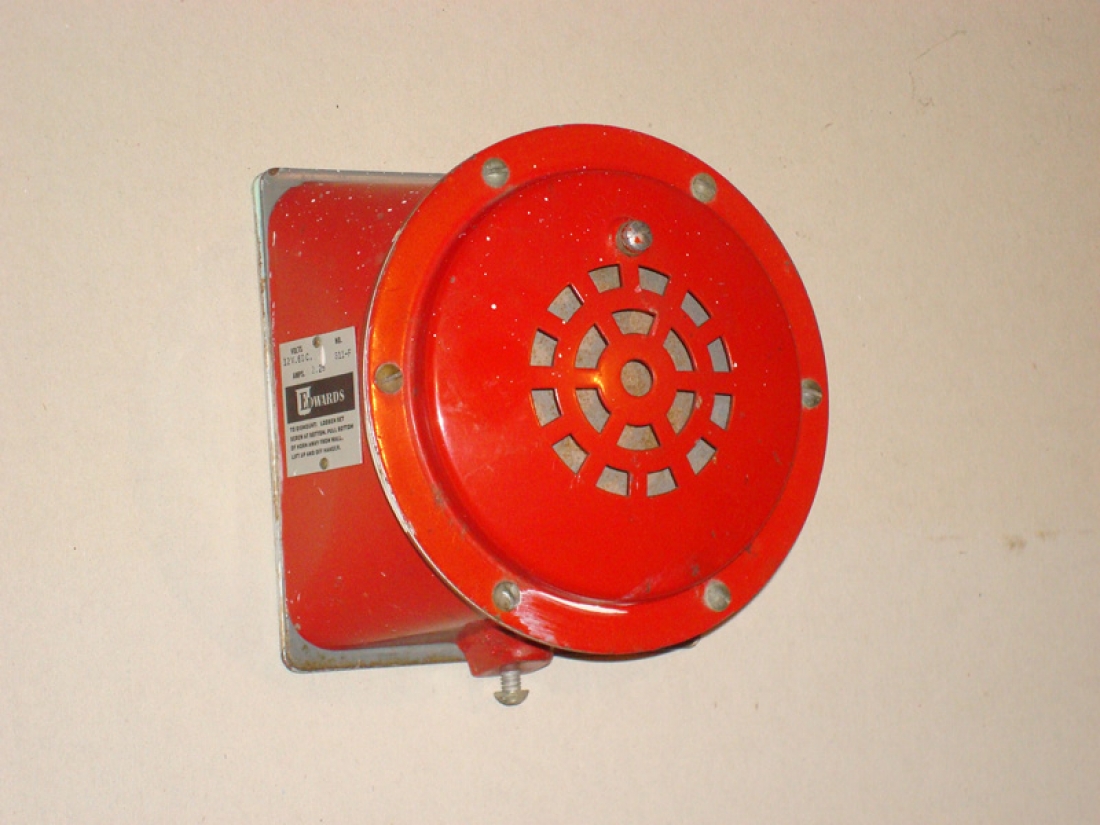 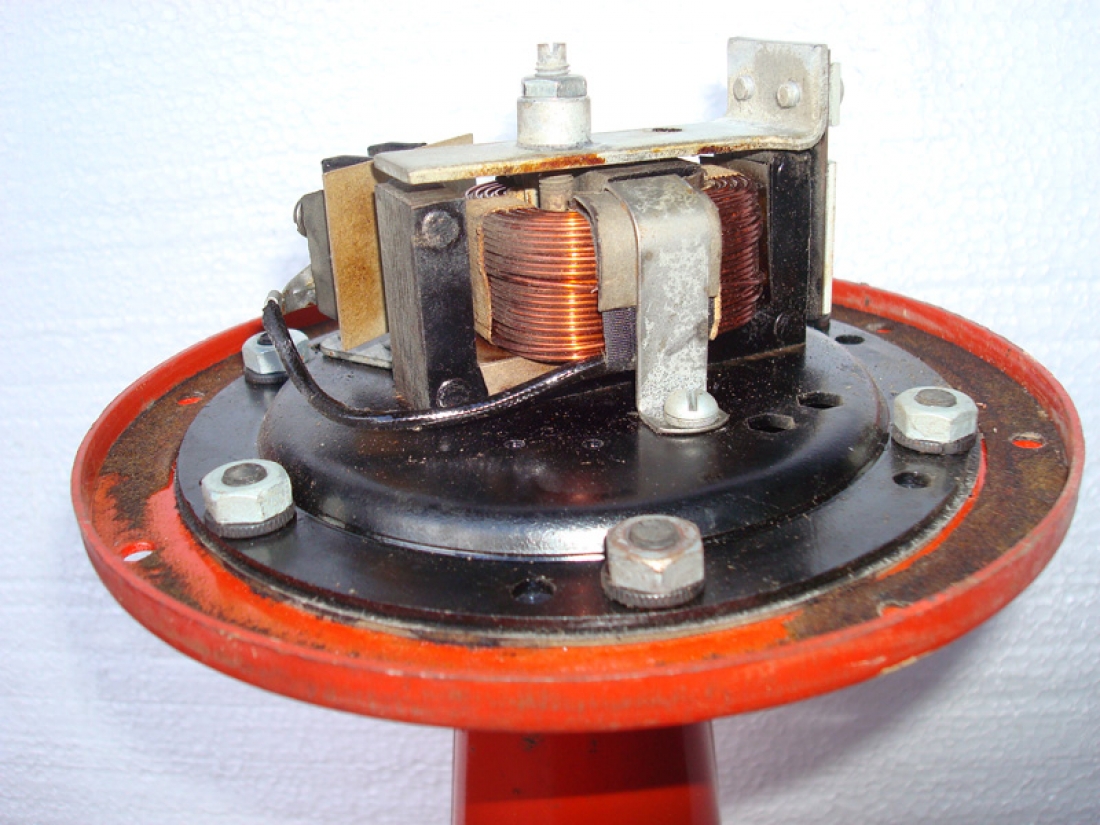 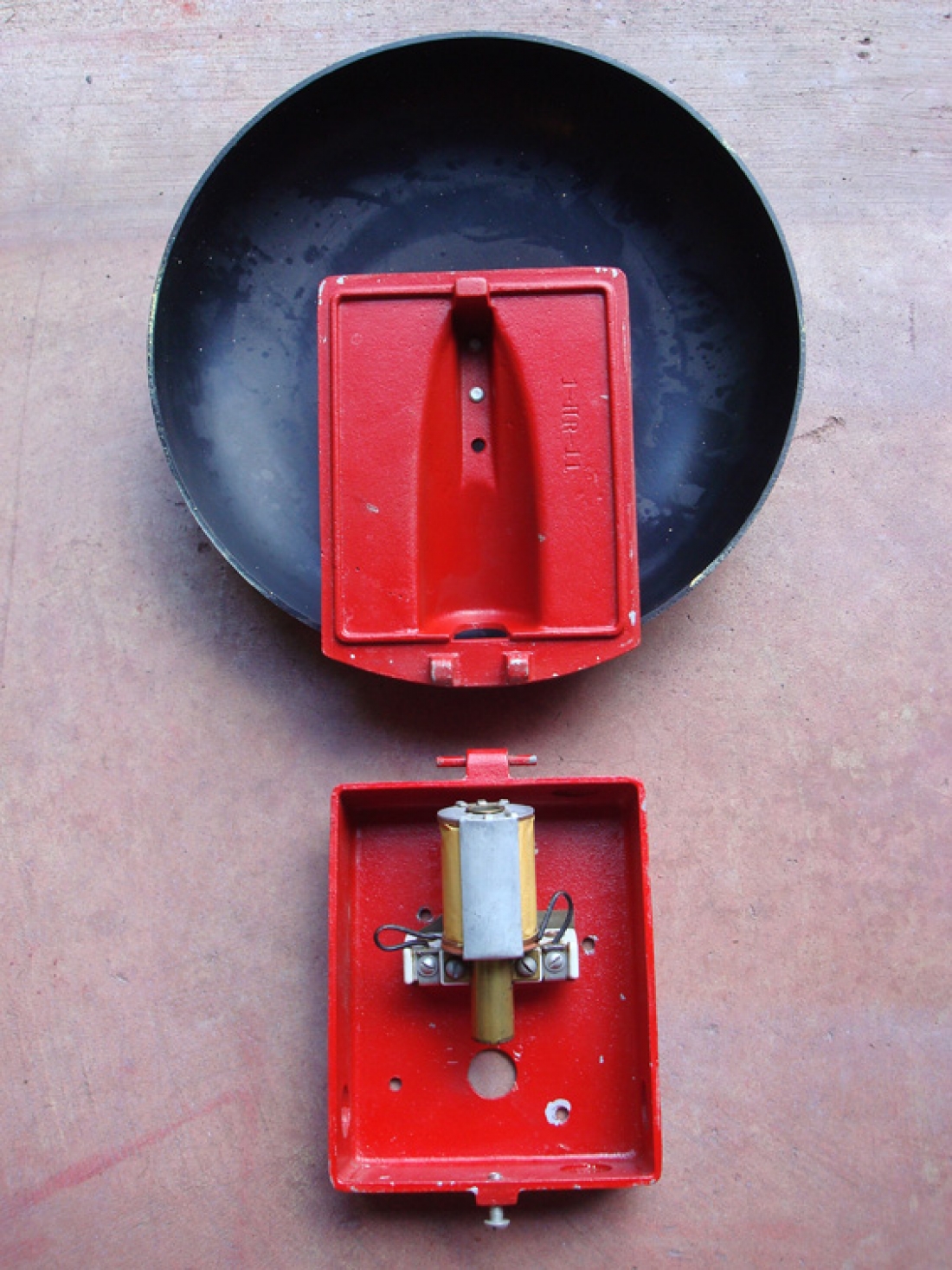 In the 1920’s, electric fire alarm systems became commercially available throughout the United States and abroad. This resulted in the automation of manual pull rod fire alarm systems. By merging these two systems, the pull rod now acted like an electric pull station. It was no longer necessary to keep pulling the rod to ring the manual trip bells. With one pull of the rod, the electric bells or horns would now take over. As time progressed, electric chimes also became available. Where a softer, more pleasant sound was needed, chimes were the perfect choice for many facilities. For noisy environments like schools and factories, bells or horns were the preferred choice.

Electric fire alarm bells were either vibrating or single stroke. They were typically available in sizes ranging between 4 to 12 inches in diameter. Some companies made bells as large as 20 inches. The larger the bell, the more effectively loud and sustaining the ringing sound would be. For fire alarm use, the 8 and 10 inch bells were the most common. Vibrating bells produce a continuous ringing sound. In other words, the electric striker, sometimes called a plunger, hits the bell repeatedly in “machine-gun like” fashion. Whereas single stroke bells ring only once when electric current is applied. The number of strikes to the bell was determined by the code wheel on the fire alarm control panel, or the code wheel that was housed in a coded pull station. Due to their capacity to give clear fast code signals, single stroke bells were the preferred choice when used with fire alarm systems.

With exception to the design of the striker, the construction of vibrating and single stroke bells is the same. Both consists of a solenoid coil wherein rests the striker/plunger. In most models, this mechanism was supported by a porcelain terminal block that was all housed in a metal case, or if flush mounted, a receptacle box that was recessed into the wall. The bell mounting plate would then fasten to either the metal housing case or receptacle box.

Electric fire alarm horns, also known as vibrating horns, were, and still are ideal for adverse noisy environments such as industrial facilities, military complexes, schools, and other institutional settings. They are excellent signaling devices for coded fire alarm systems that produce a very loud buzzer sound, commanding one’s attention. Earlier vibrating horns used with pull rod fire alarm systems were usually single or double projector models. There were also surface, semi-flush, and flush mounted horns with grille covers, which are still common to this day. Located within the horn’s housing unit is an electro-magnetic mechanism. When electrical current is applied, it actuates a pin and/or armature that strikes against a metal diaphragm, much like an anvil, that produces a very loud buzzer sound.

Chimes were another audible signaling device used with electric fire alarm systems. Not as common as bells and horns, they were preferred in quiet areas like hospitals, libraries, stores, or offices. Chimes were constructed much like single stroke bells. Instead of a bell, the striker would hit a resonating bar like the ones used on an xylophone. This would produce a soft, rich, penetrating but pleasing tone. Just like single stroke bells, chimes were designed to be used with coded fire alarm and paging systems.

Unlike so many of the inferior, plastic fire alarm devices made today, the fire alarm signaling hardware displayed on this page was superior in construction and dependability. It was all manufactured in the United States from the 1920’s through the 1960’s. Some of these great American companies were: Autocall, Edwards, Faraday, Federal Sign & Signal, IBM, Standard Electric Time, and Simplex. These companies and several others, all made signaling hardware that has stood the test of time. You can still find this vintage hardware being used in old schools and other older buildings. But as time passes and new construction replaces older structures, this type of fire alarm hardware is becoming obsolete. 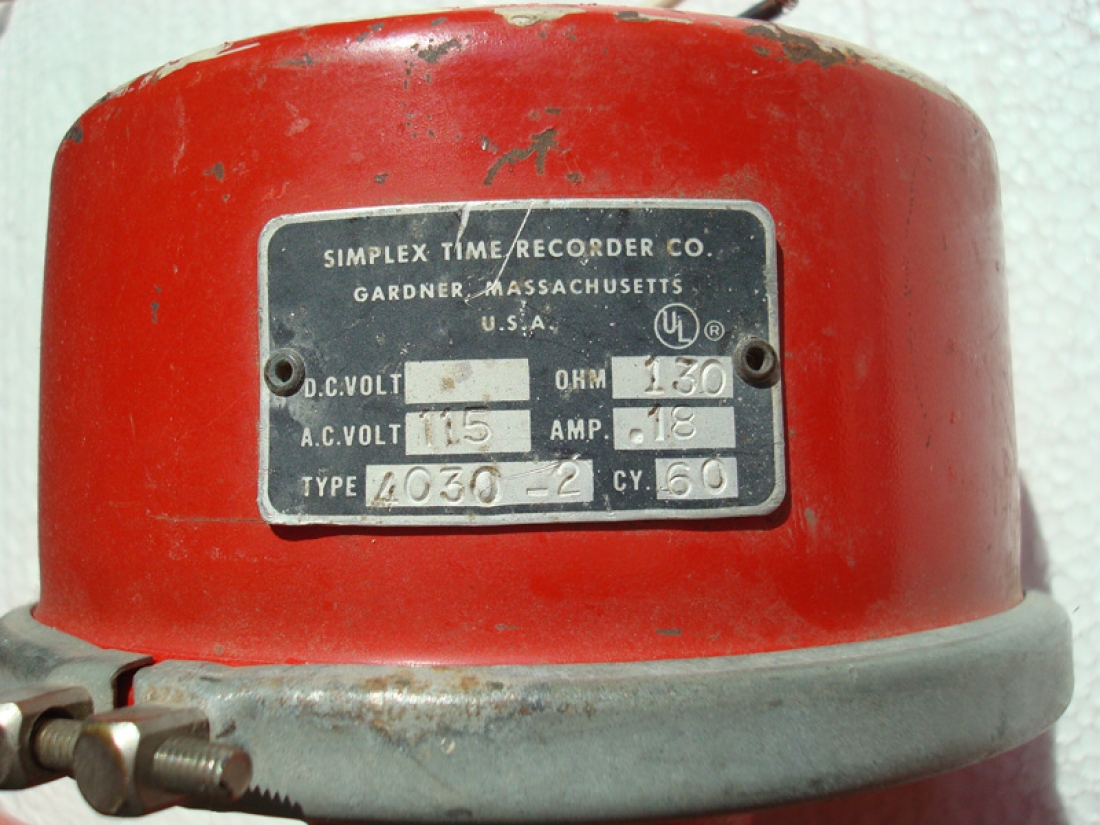 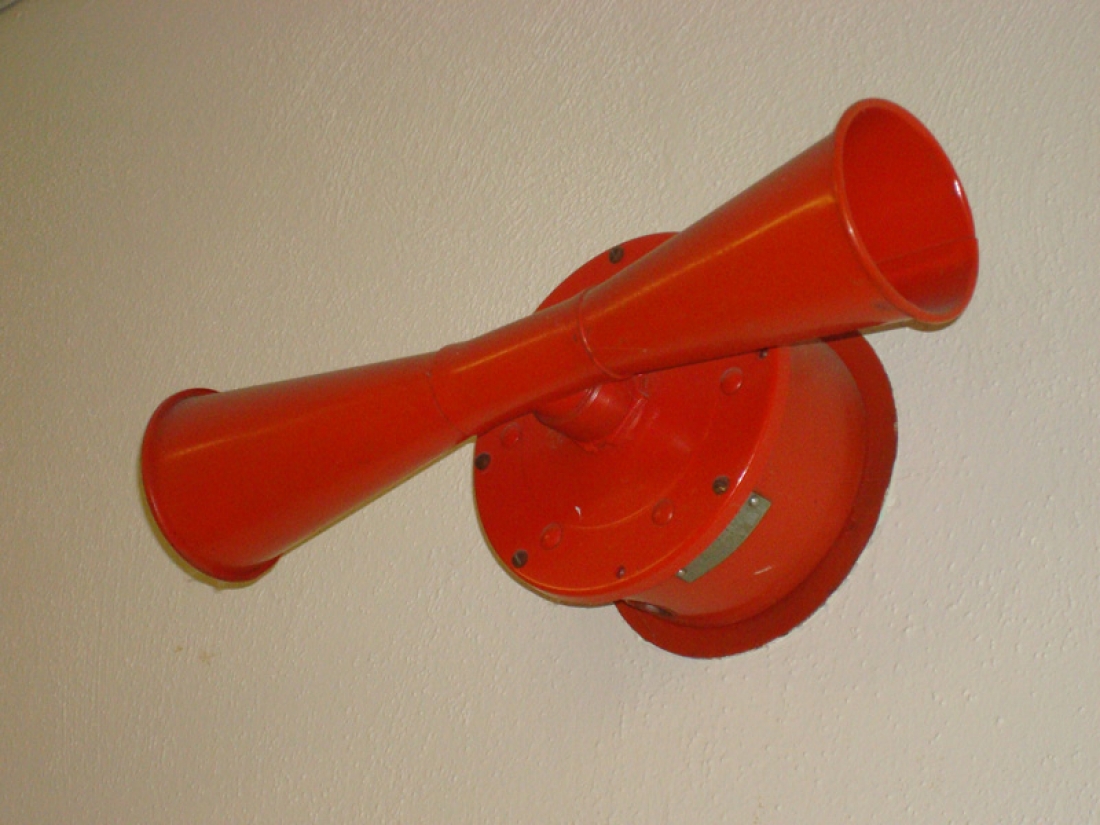 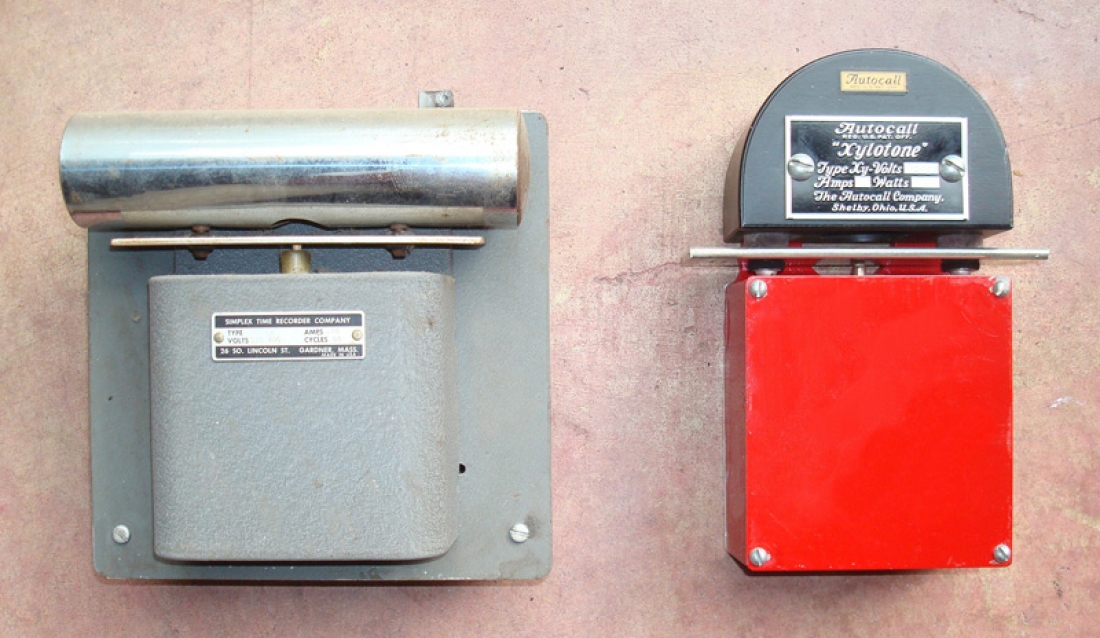 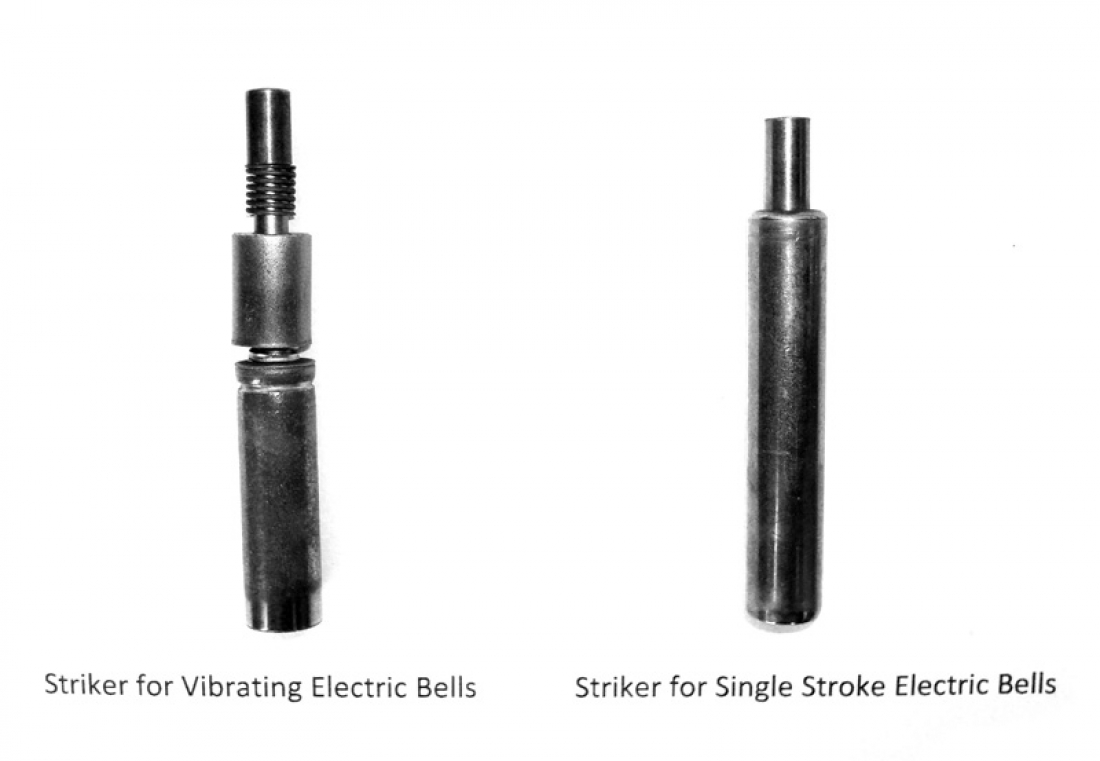 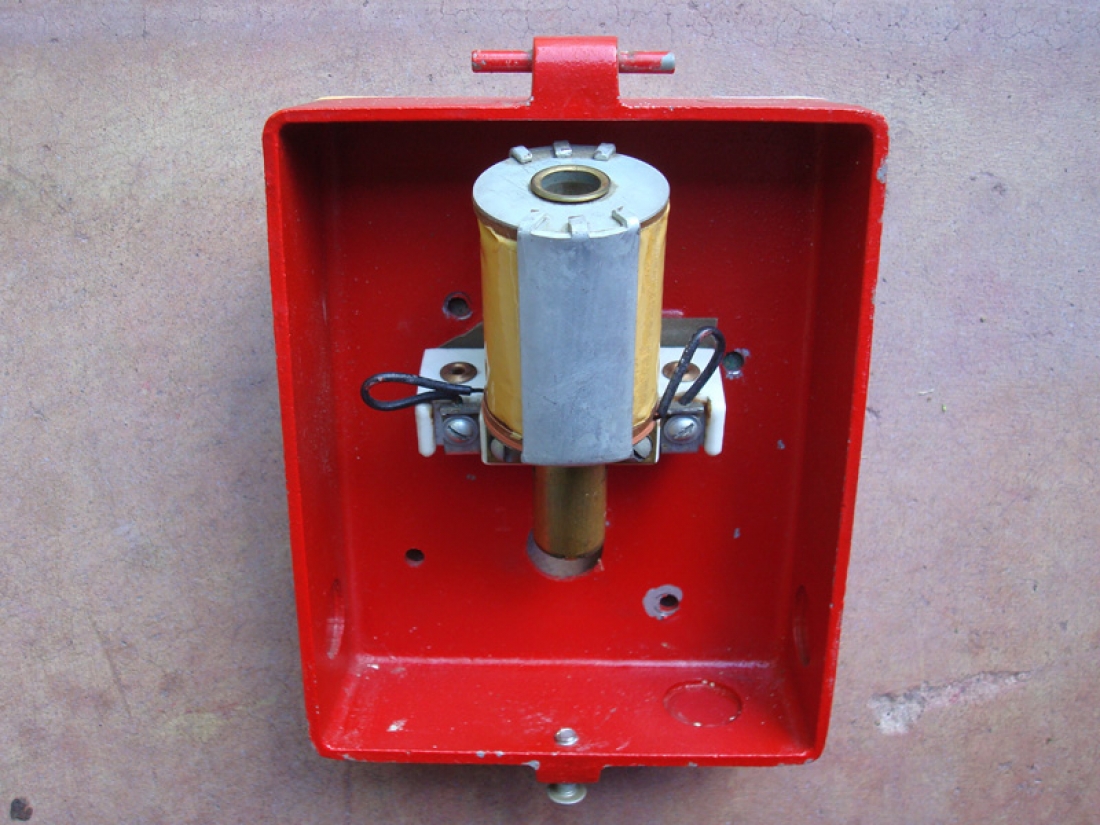 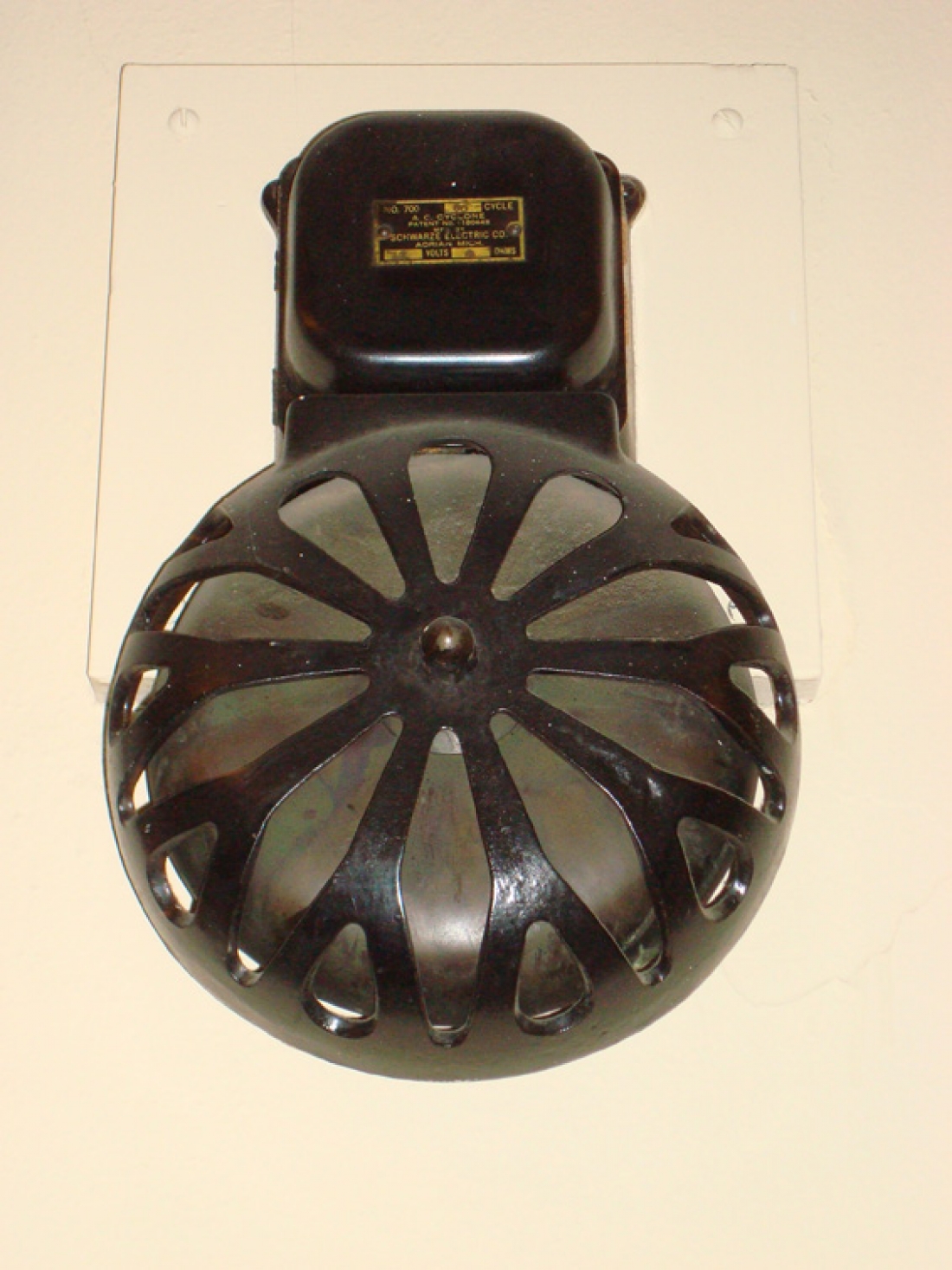 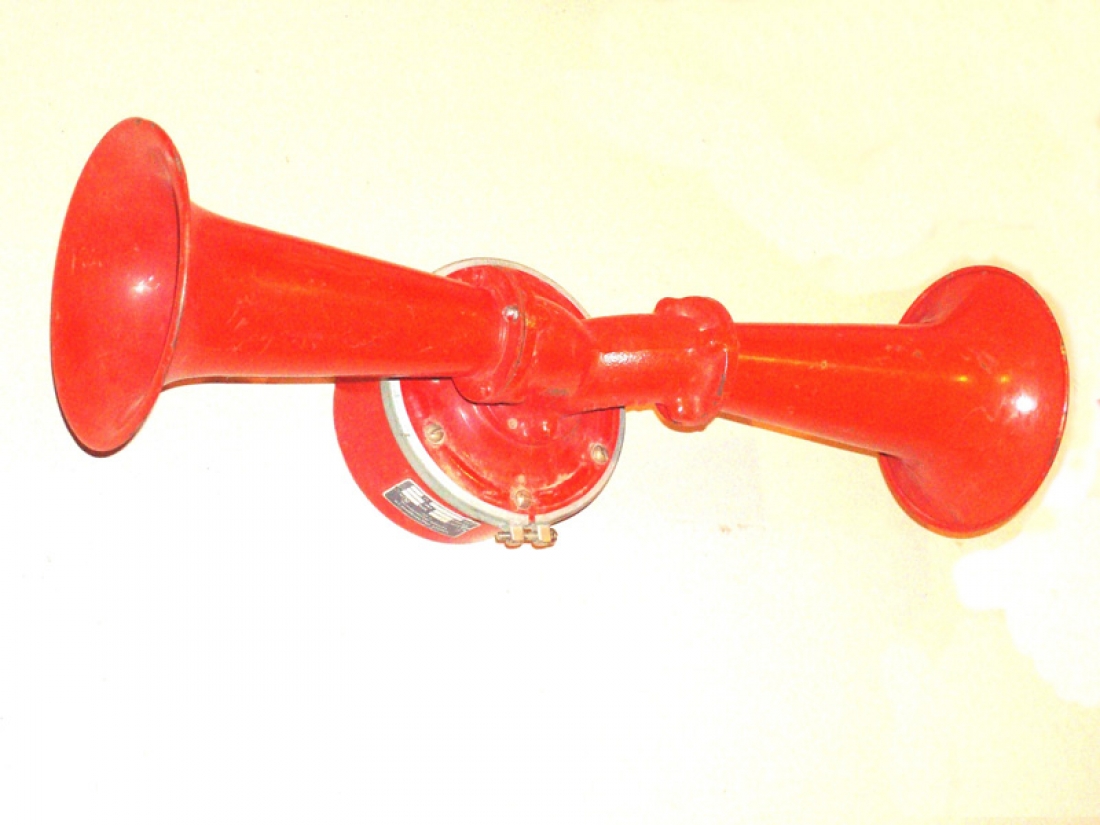 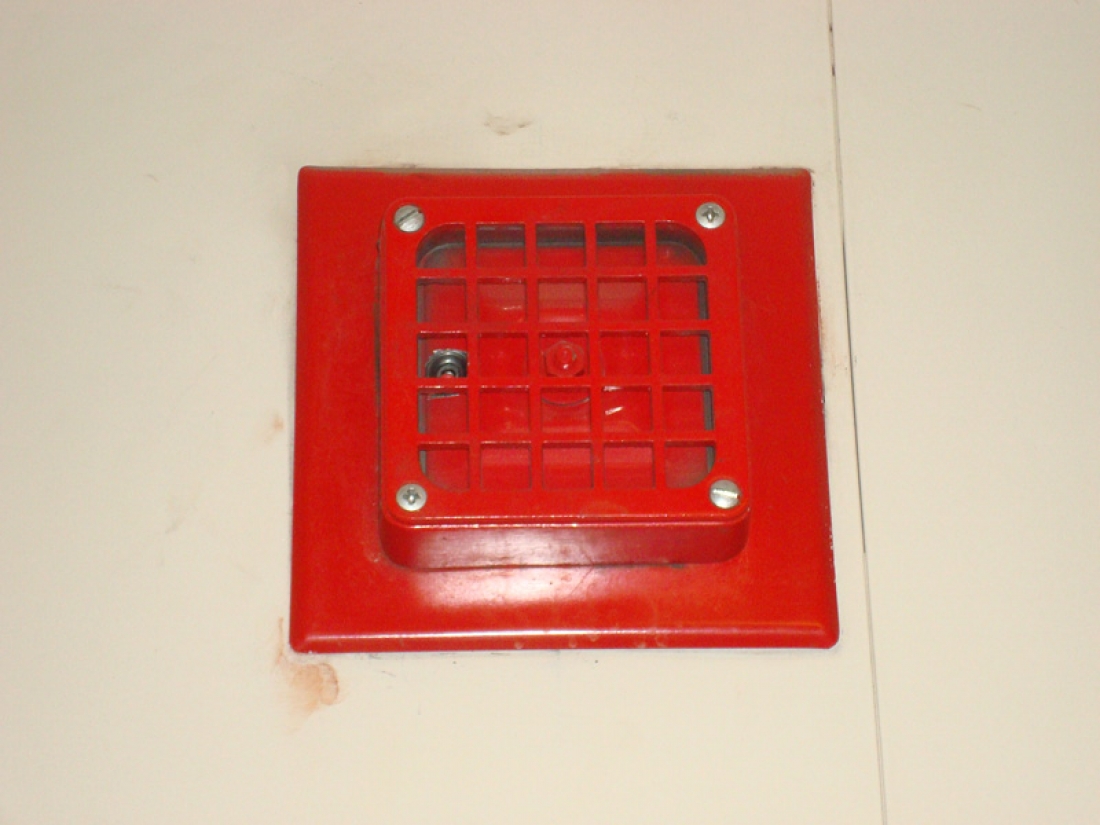 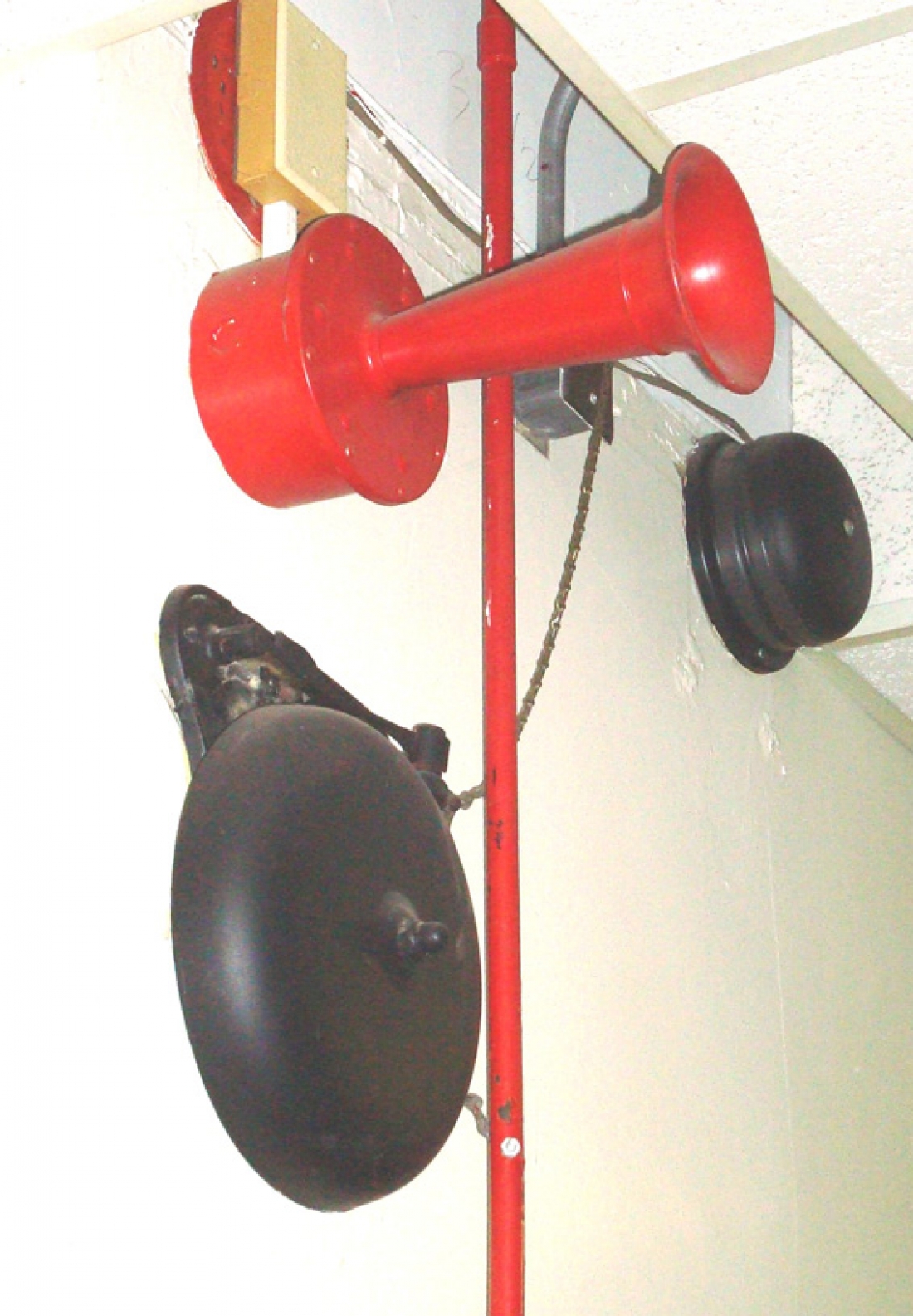 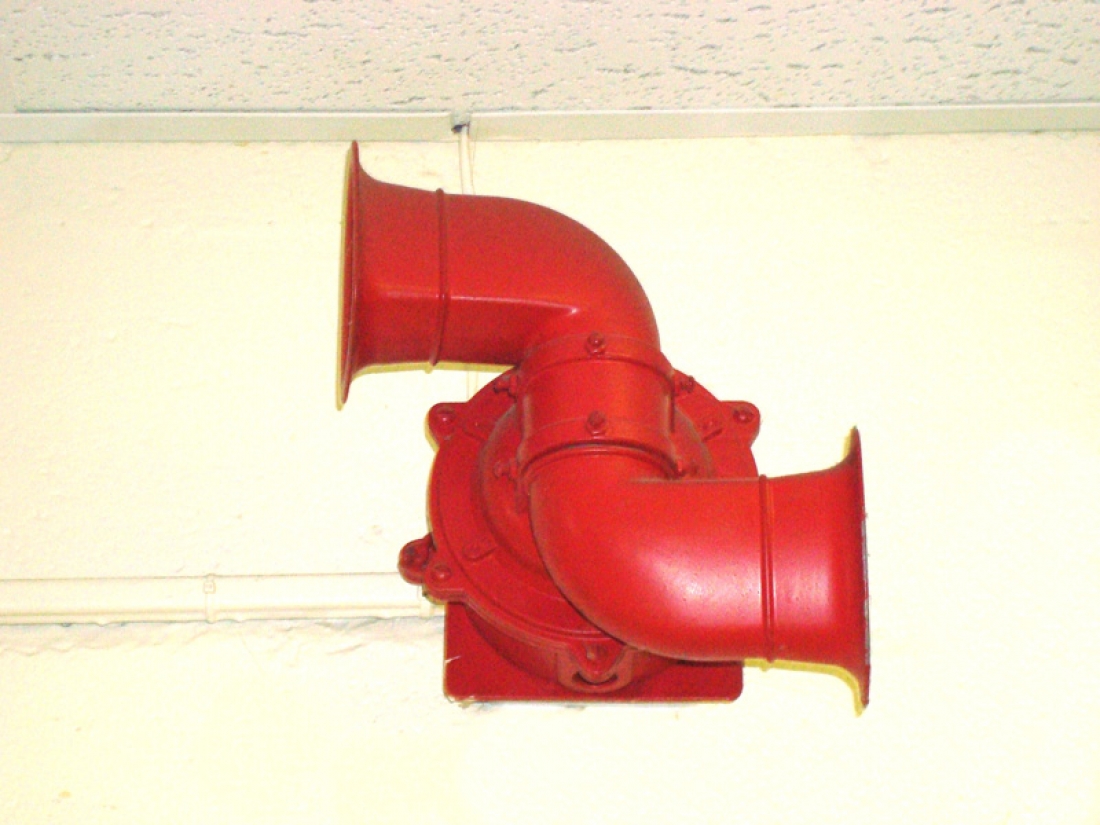