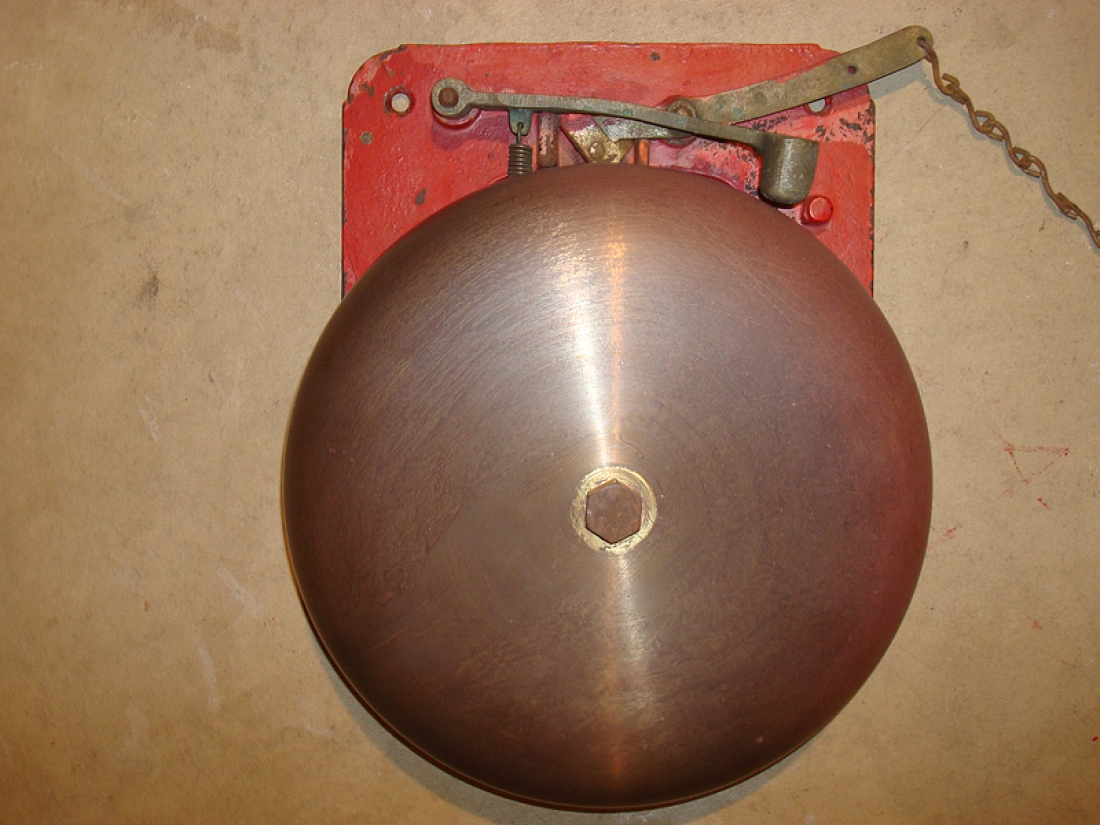 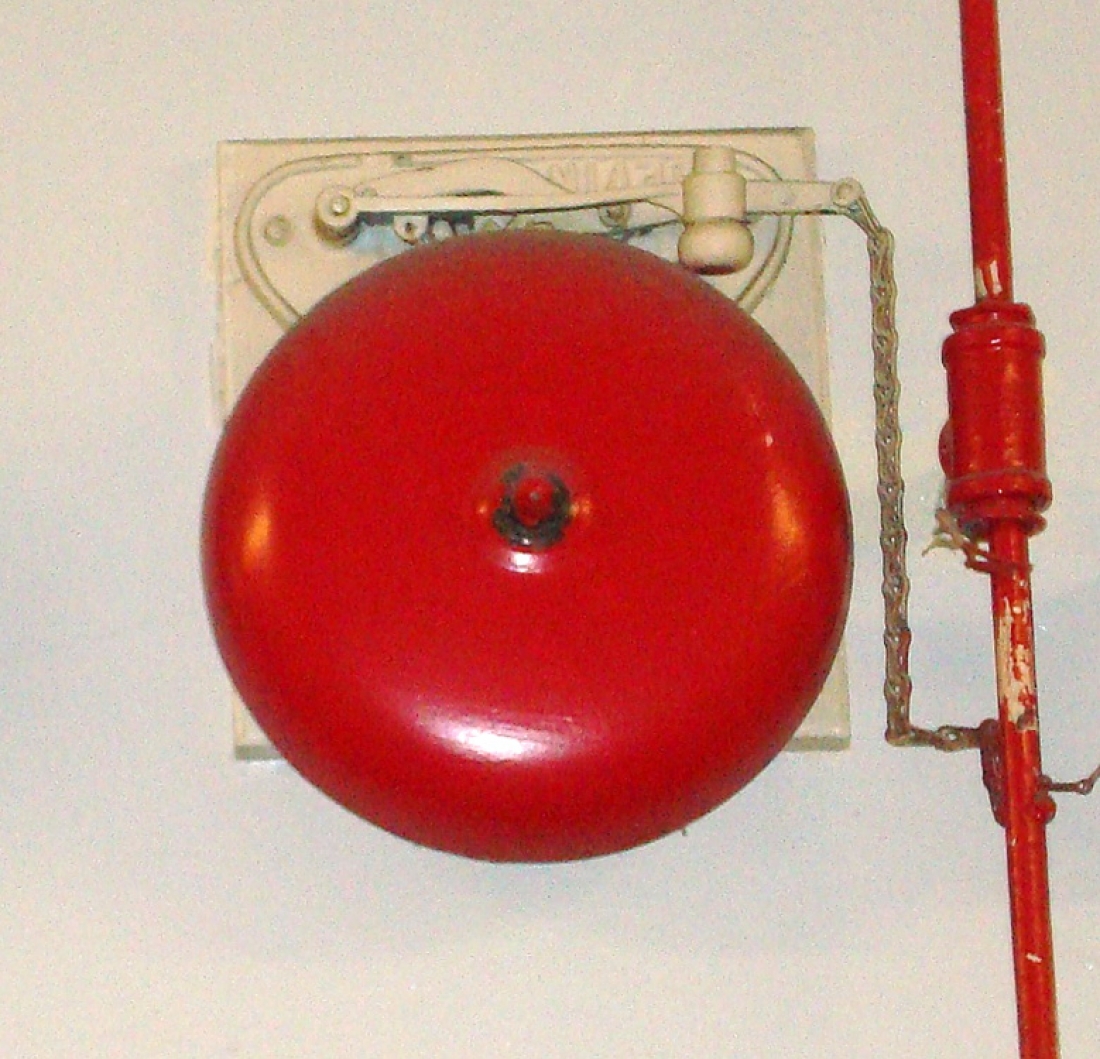 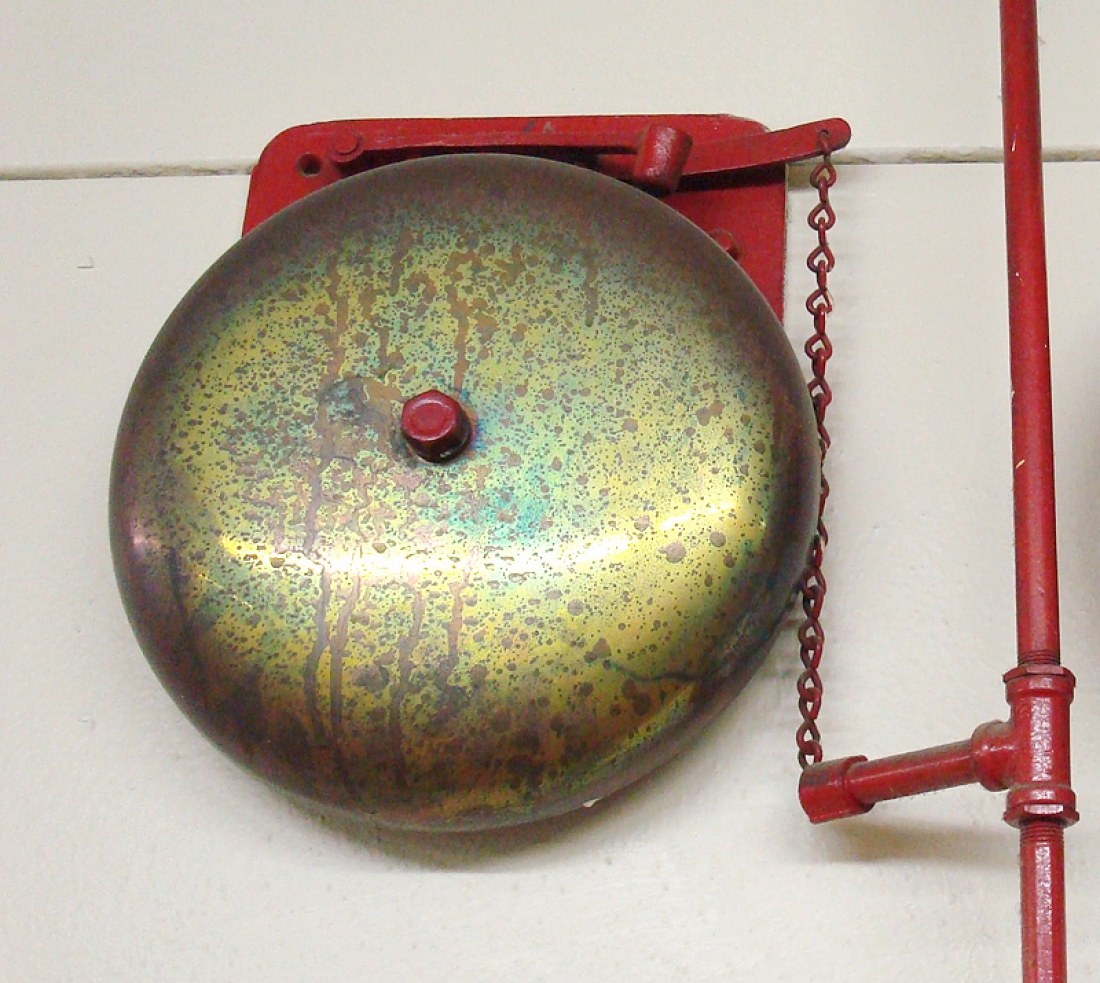 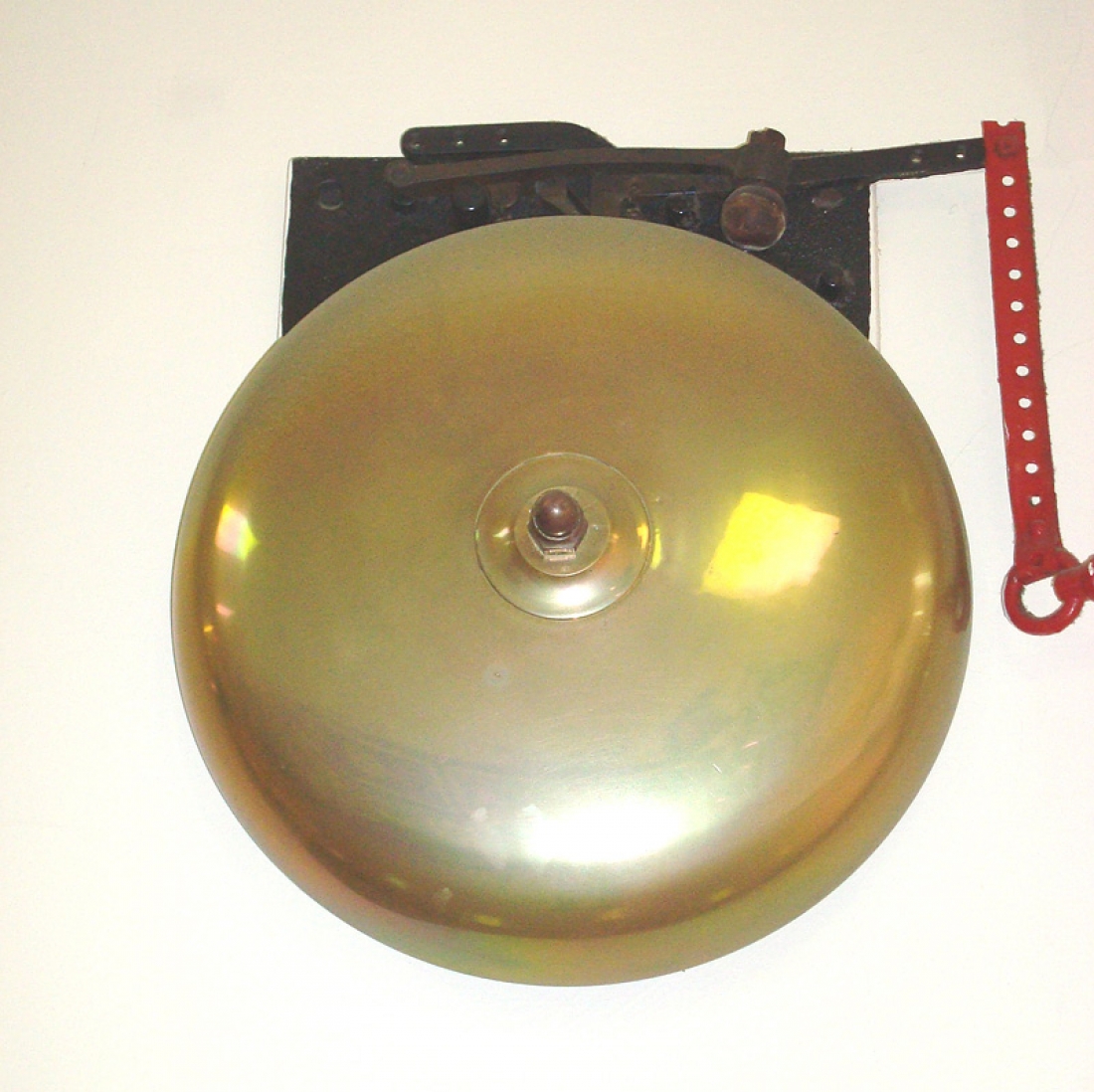 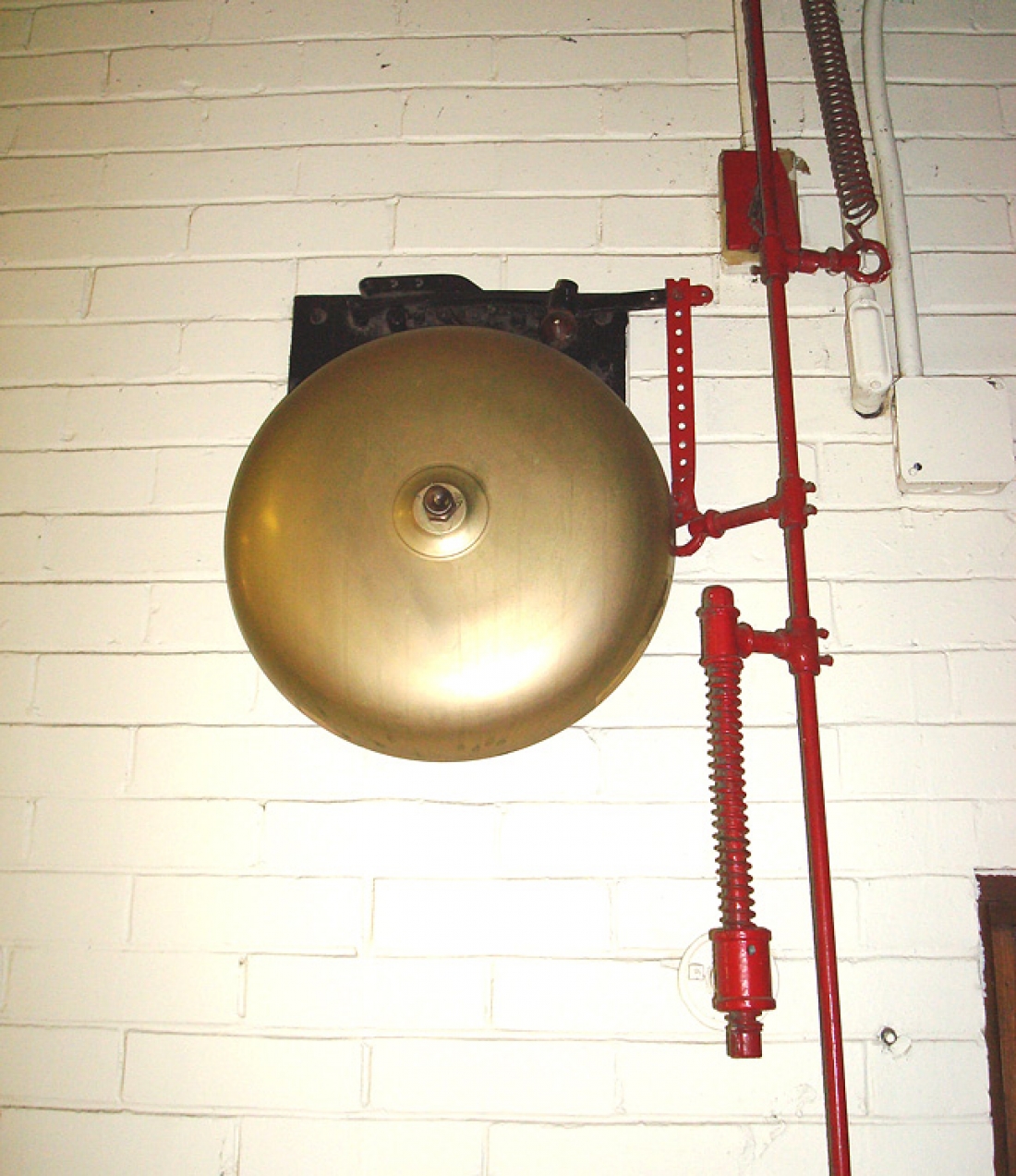 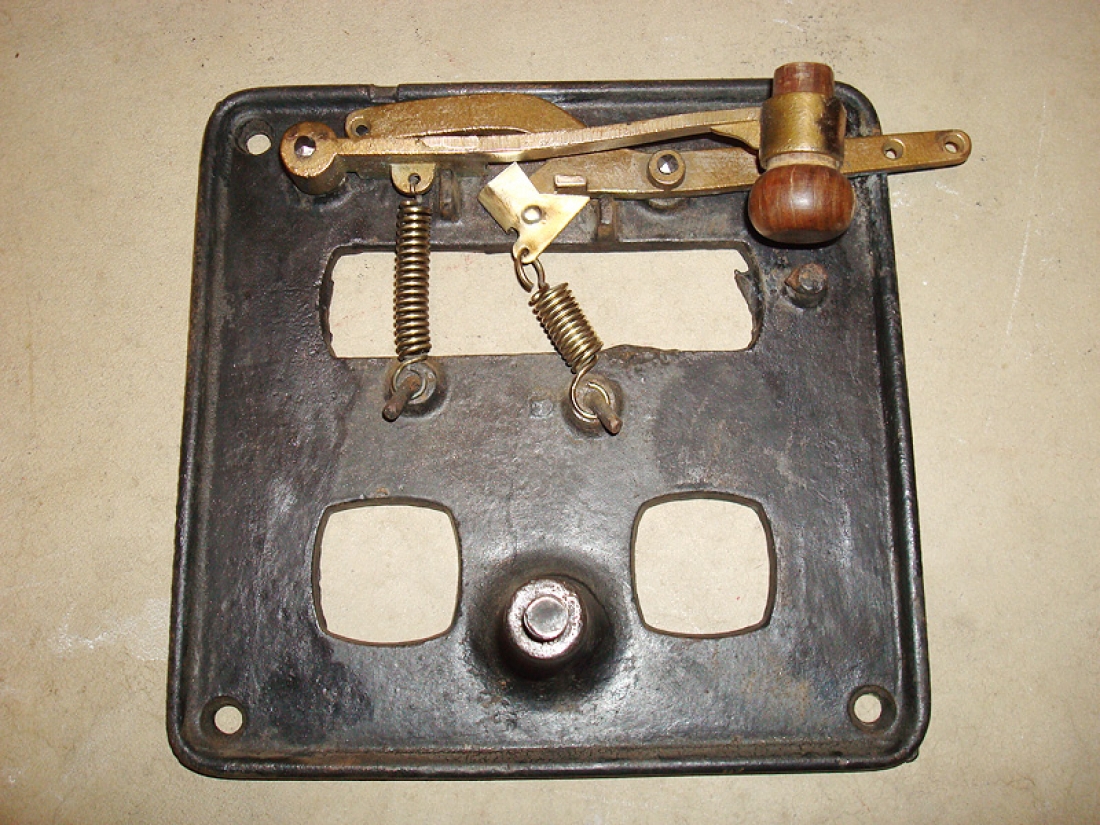 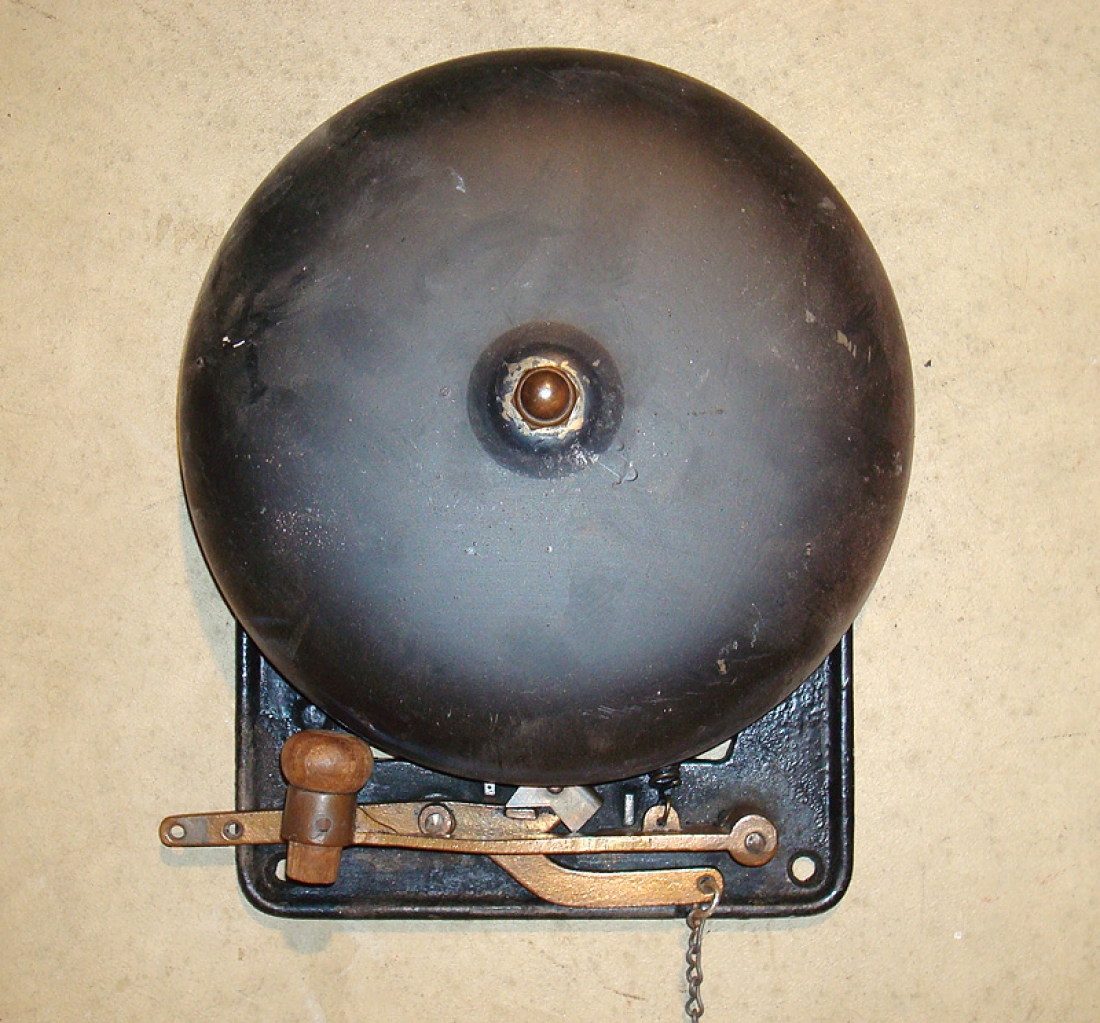 Before electric signaling hardware was available, there was great need for an audible device that could be used in public buildings to warn of a fire. The idea to use manual trip bells came into being. Of the many American companies that manufactured and supplied manual trip bells, Bevin Brothers Manufacturing in East Hampton, Connecticut, and Reiter of Canton, Ohio were two of the most popular. Unfortunately, due to the automation of fire alarm systems and outsourcing, only a few companies remain in the United States that still manufacture trip bells.

Manual trip bells consist of either single or double trip action models. Both models have a mounting plate that usually is made of heavy duty cast iron. Adhered to the mounting plate is the bell, trip arm and striker arm, also known as the clapper arm. The trip and striker arms are spring loaded and made of brass or steel. Most vintage trip bells made before 1950 had a wooden striker head at the end of the striker and/or clapper arm. Beginning in the 1950’s, the striker heads were typically made of brass or steel.

Regarding just the bells, they too are either made of solid brass or steel. If the bell is made of steel, often it is brass or chrome plated. If the bell has not been plated, then it will be painted to prevent the steel from rusting. Often times due to tarnishing, brass bells are also painted to prevent the laborious chore of polishing. Because of this, many school custodians painted over beautiful brass bells. Painting will eliminate the job of polishing, but consequently ruins the beauty of brass bells and most importantly, deadens the sound and resonating properties.

The diameter of trip bells typically run in increments of 2″ and can be found in sizes ranging from as small as 4″ to as large as 22″. For the purpose of fire alarms, 10″ bells are the most popular size. Both brass and steel bells produce a very loud, high pitch, ring that keeps resonating after the striker hits the bell. The bell will ring once each time the trip arm or lever is pulled. When used with pull rod fire alarm systems, due to the design of the trip arm on the double trip action models, they can be mounted on a wall with the bell and trip/striker arms facing up or down. Whereas the single action model trip bells must be hung upright, with the trip and striker arms at the top. One of the great advantages of manual trip bells when used with pull rod fire alarms is that they still work in the event of an electrical outage. 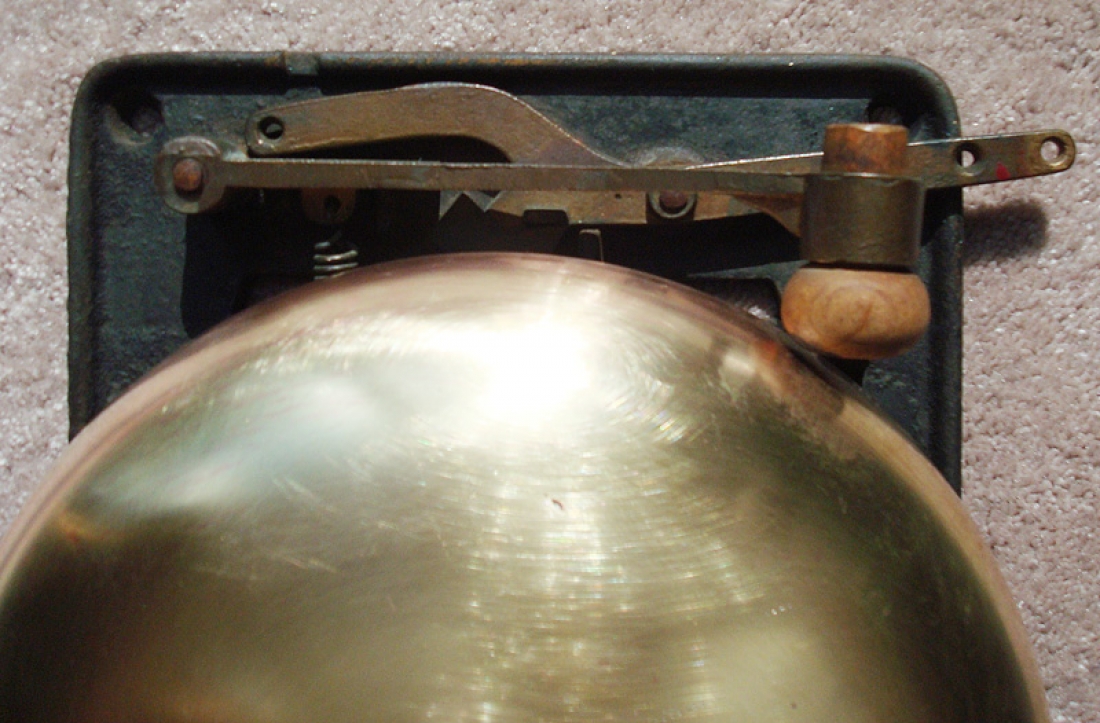 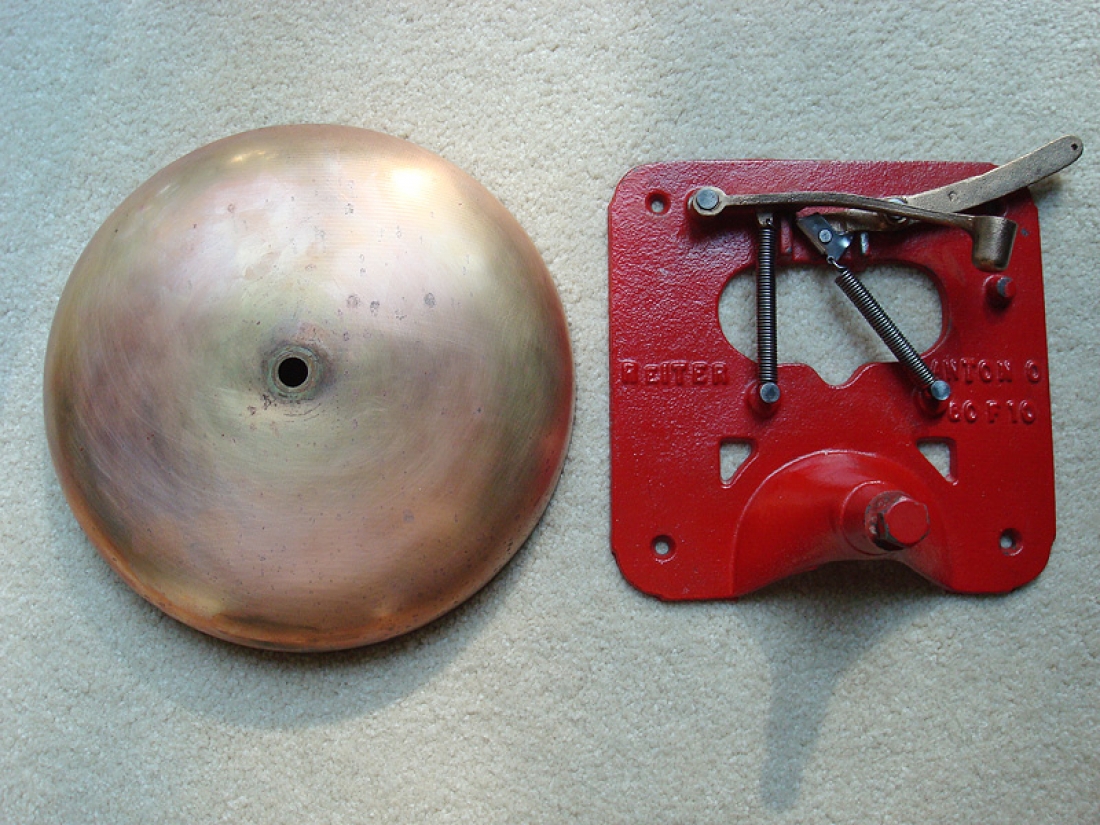 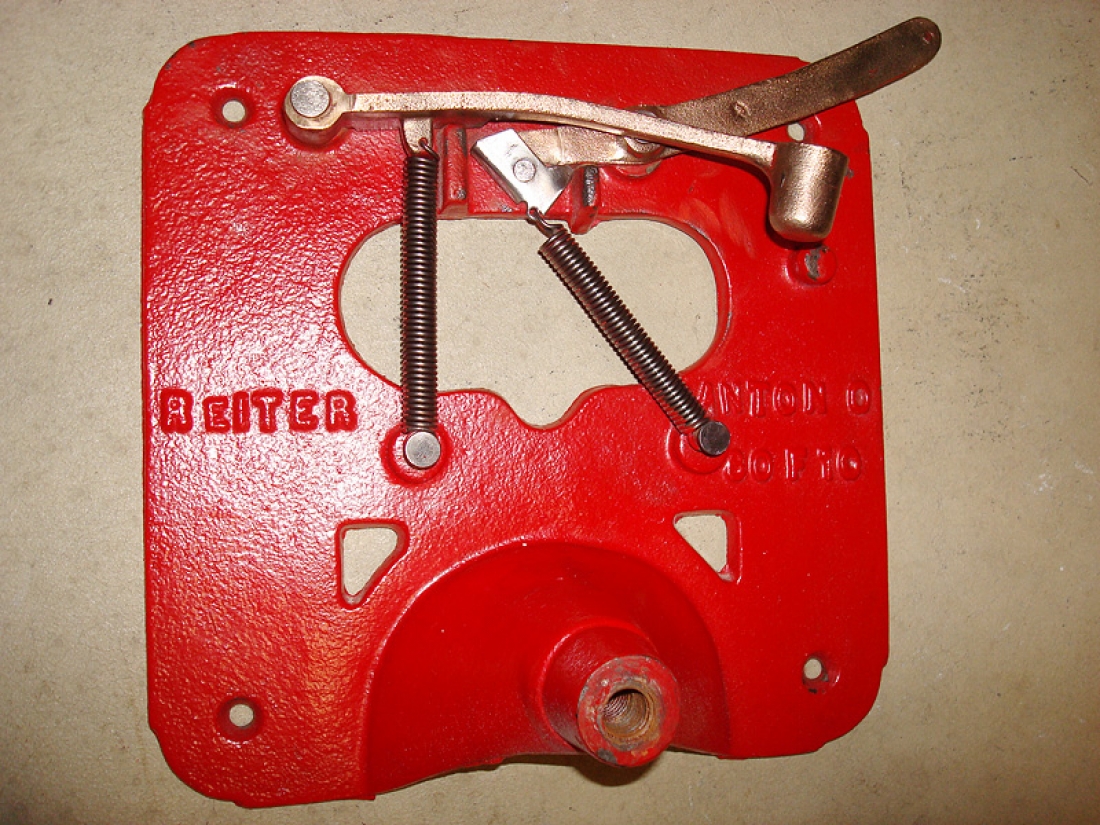 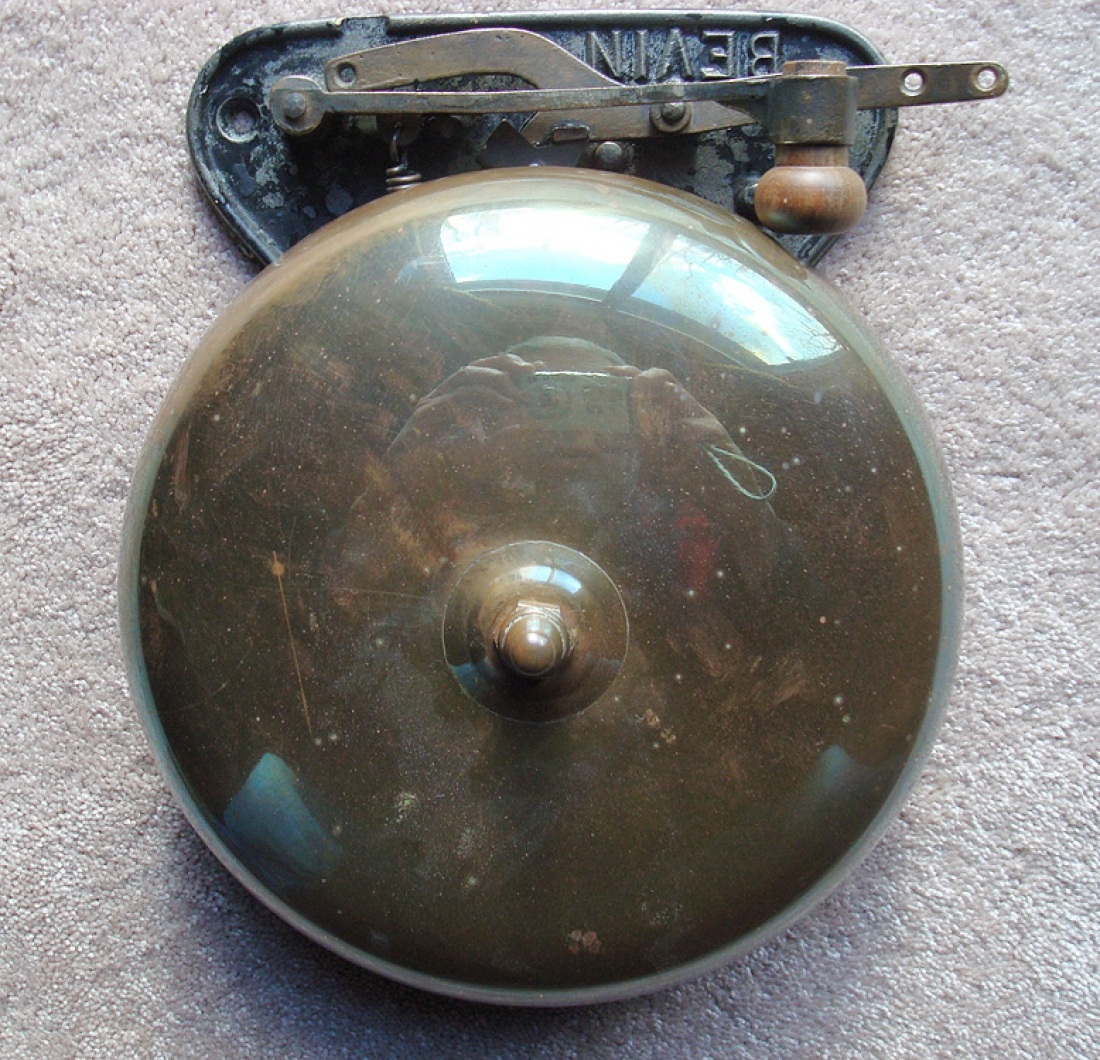 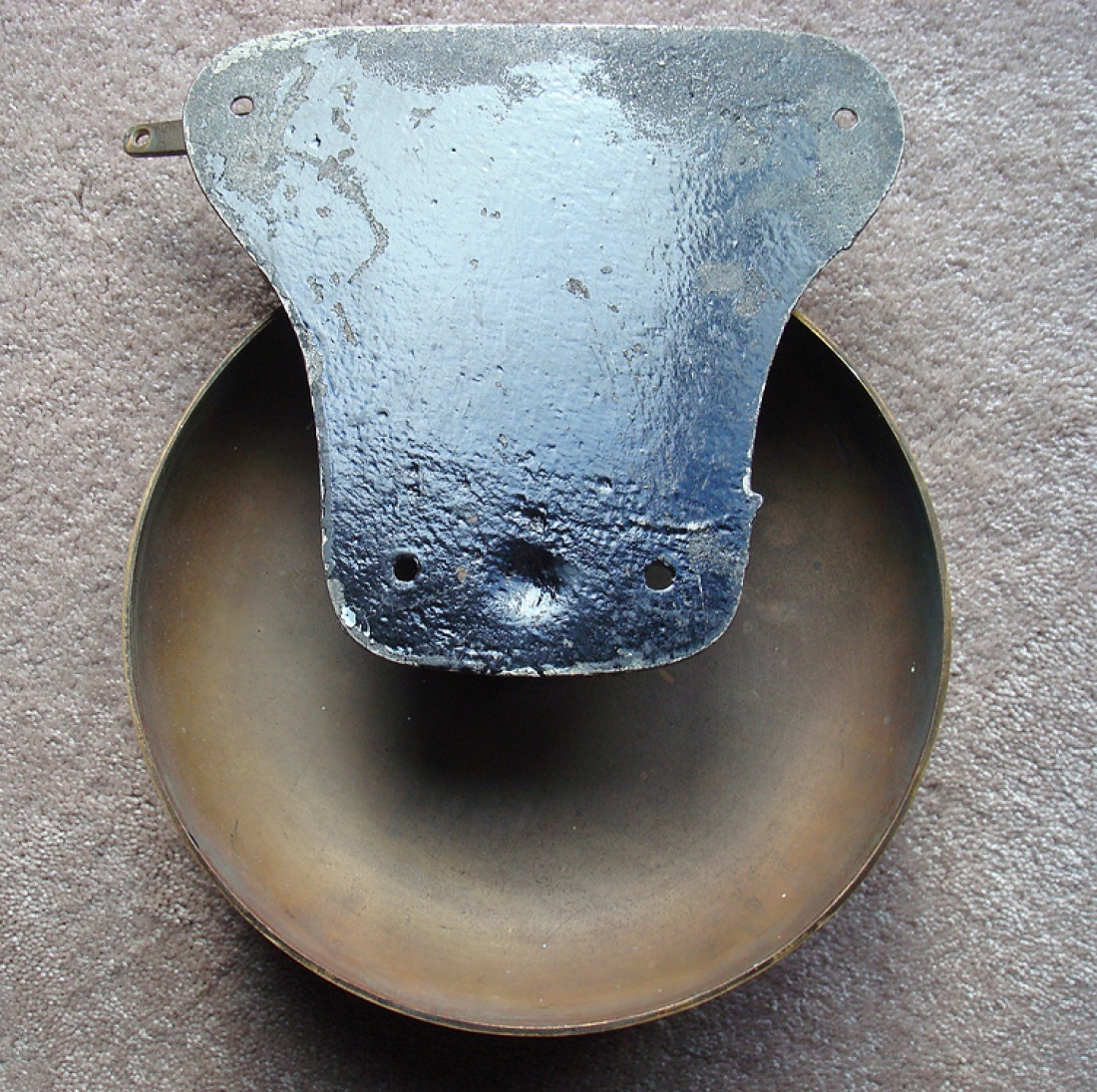 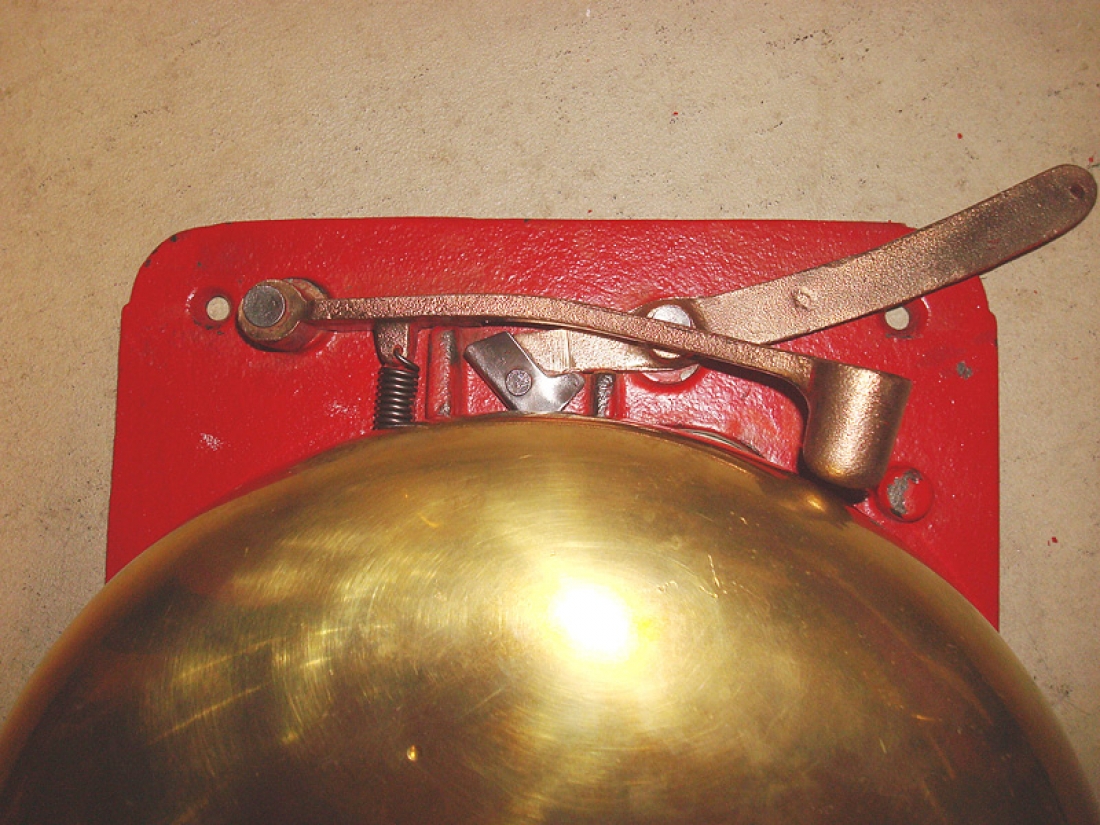 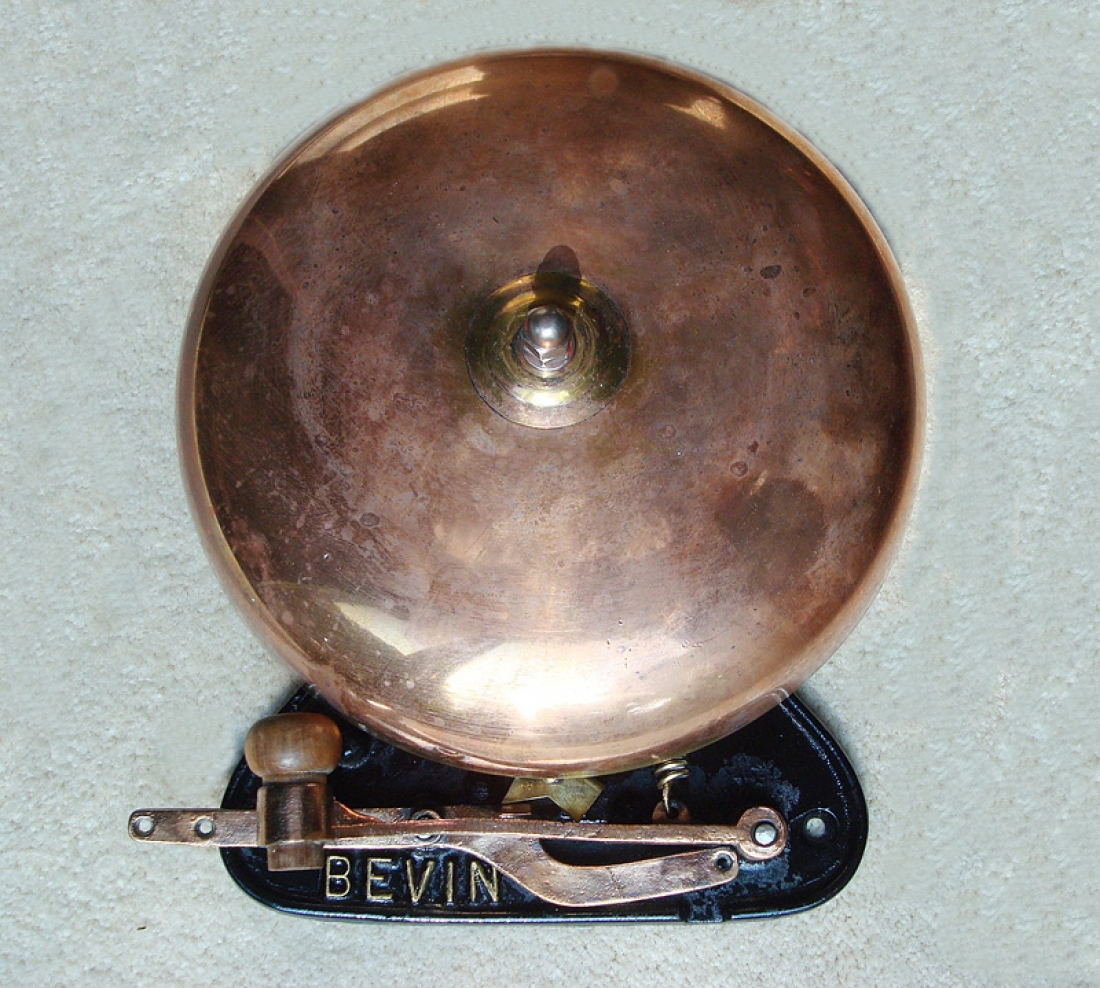 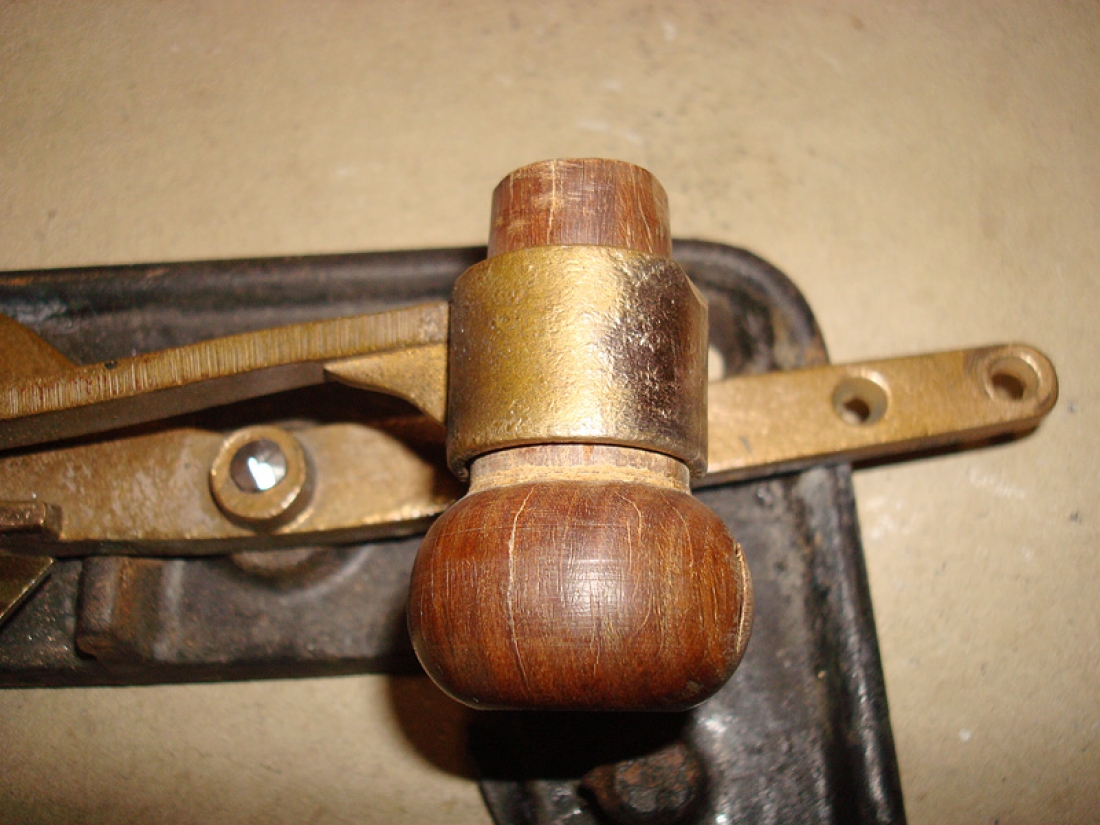