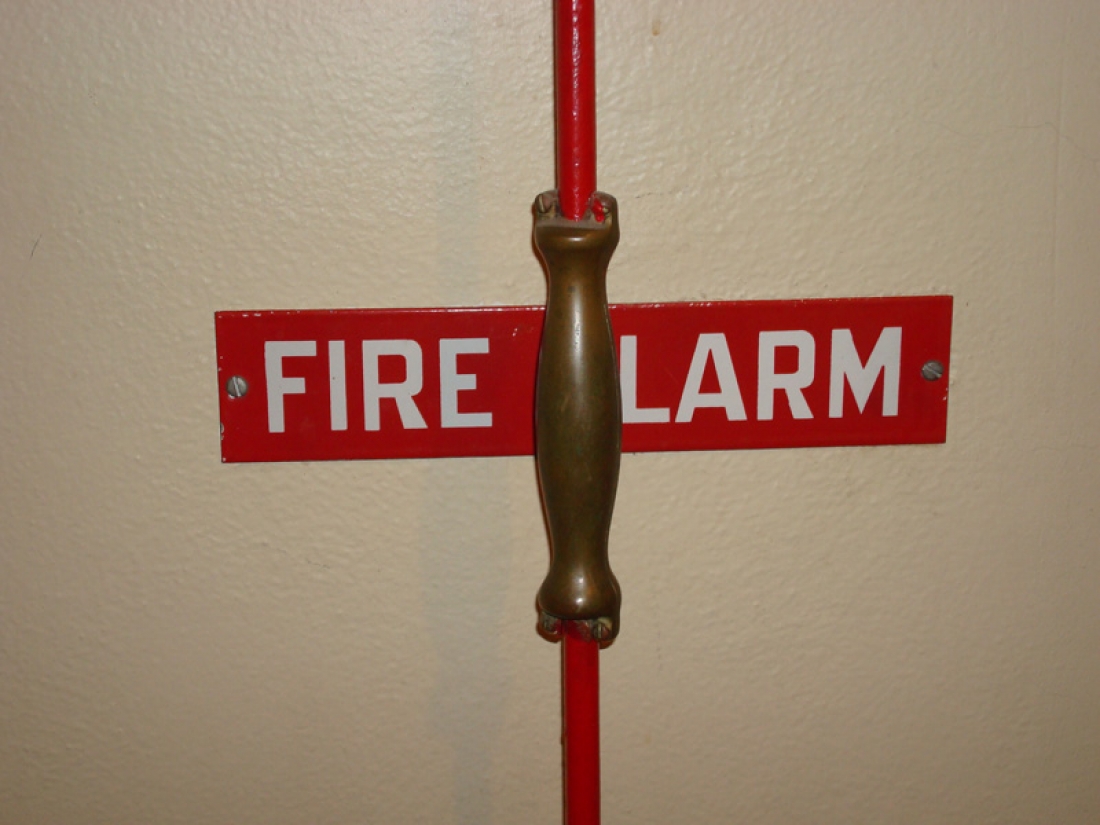 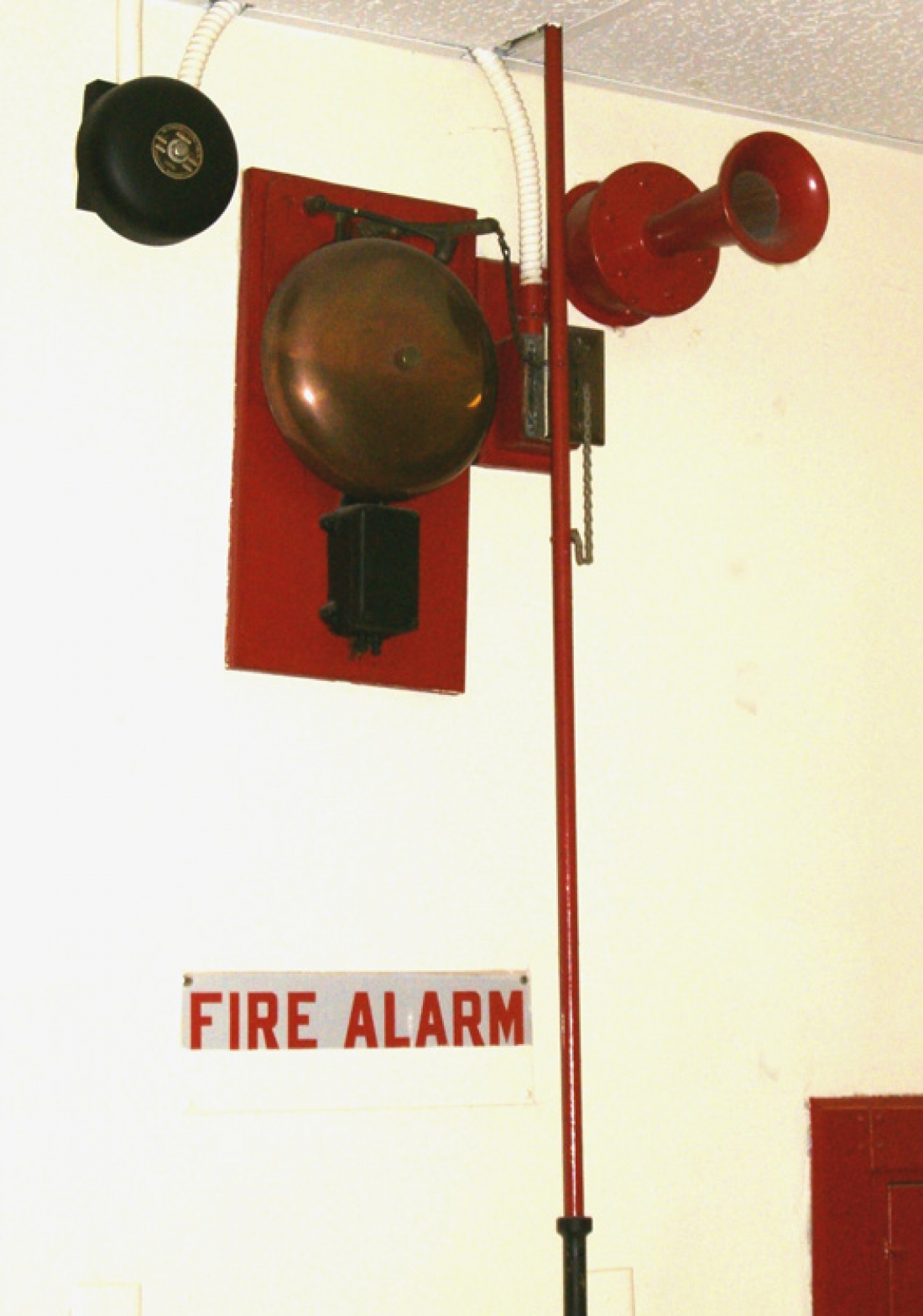 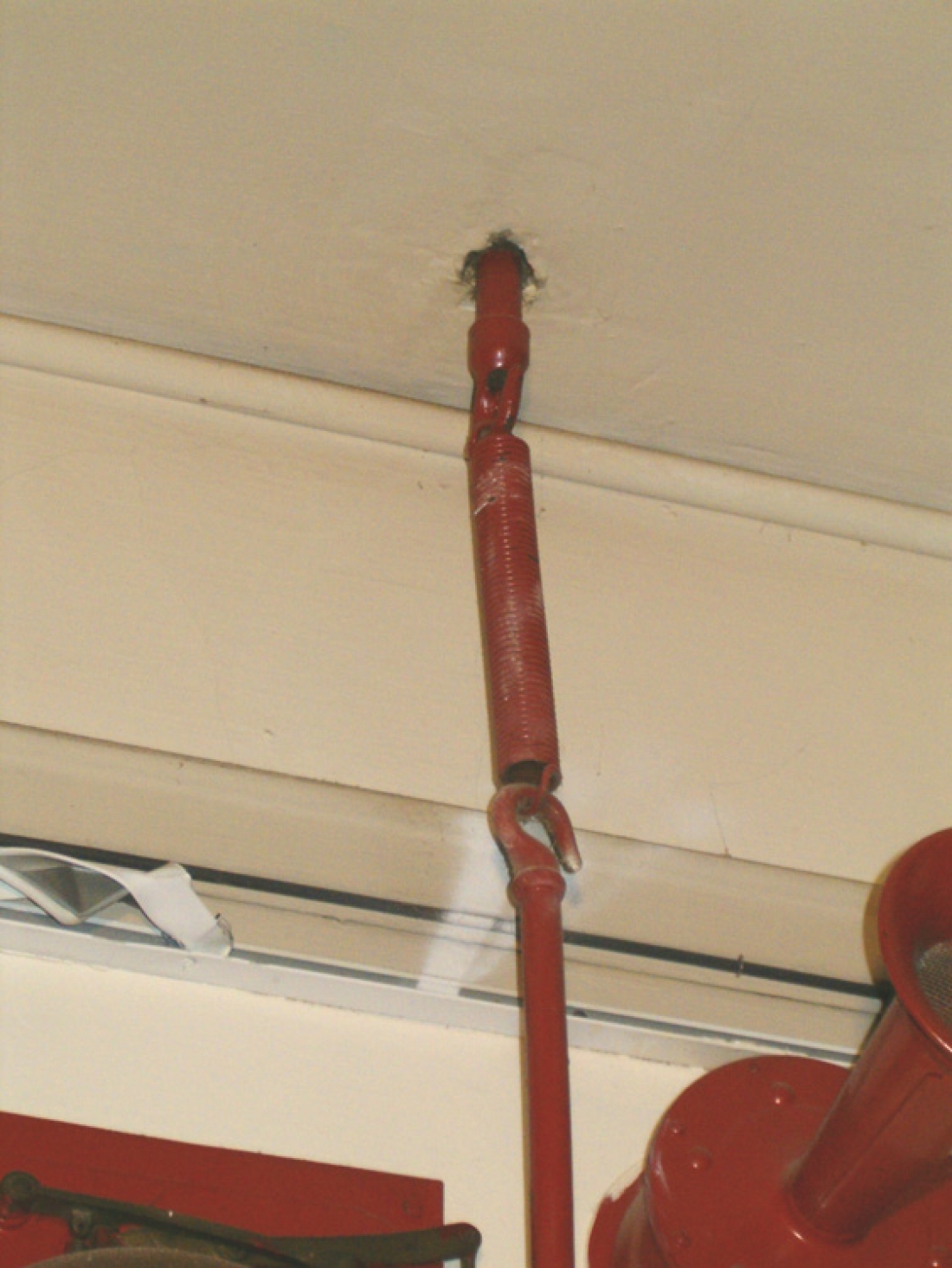 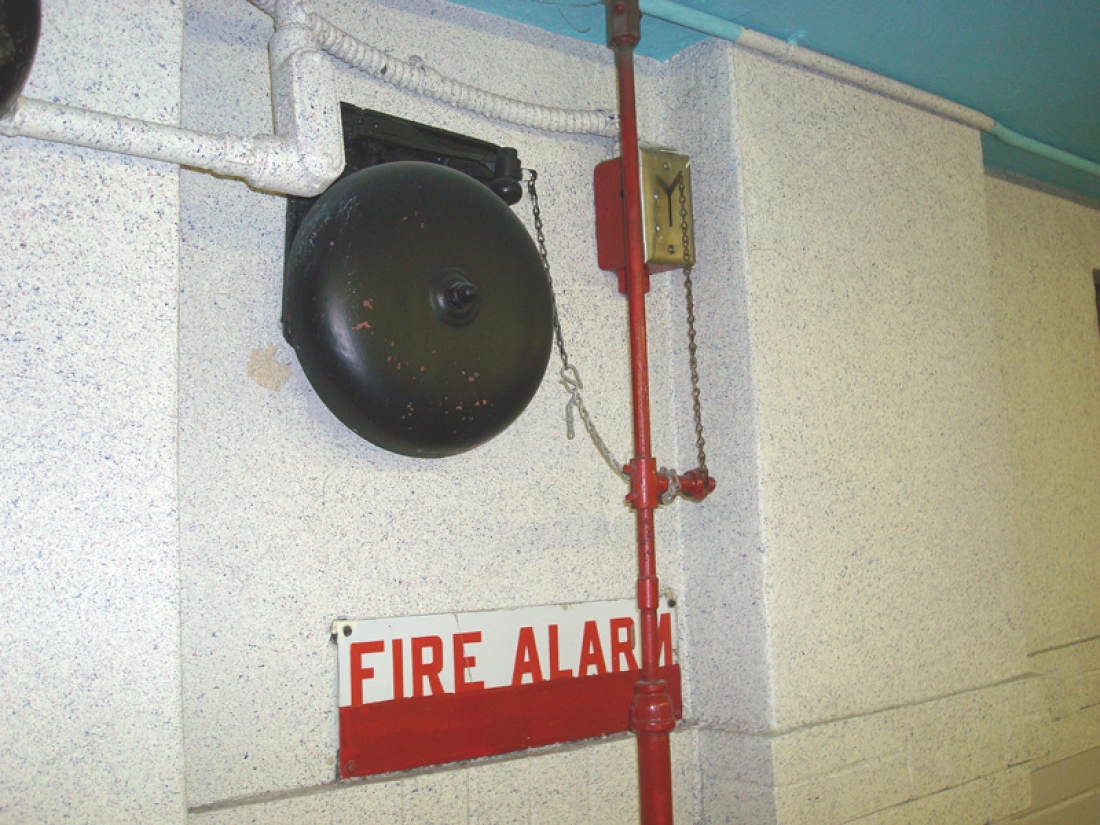 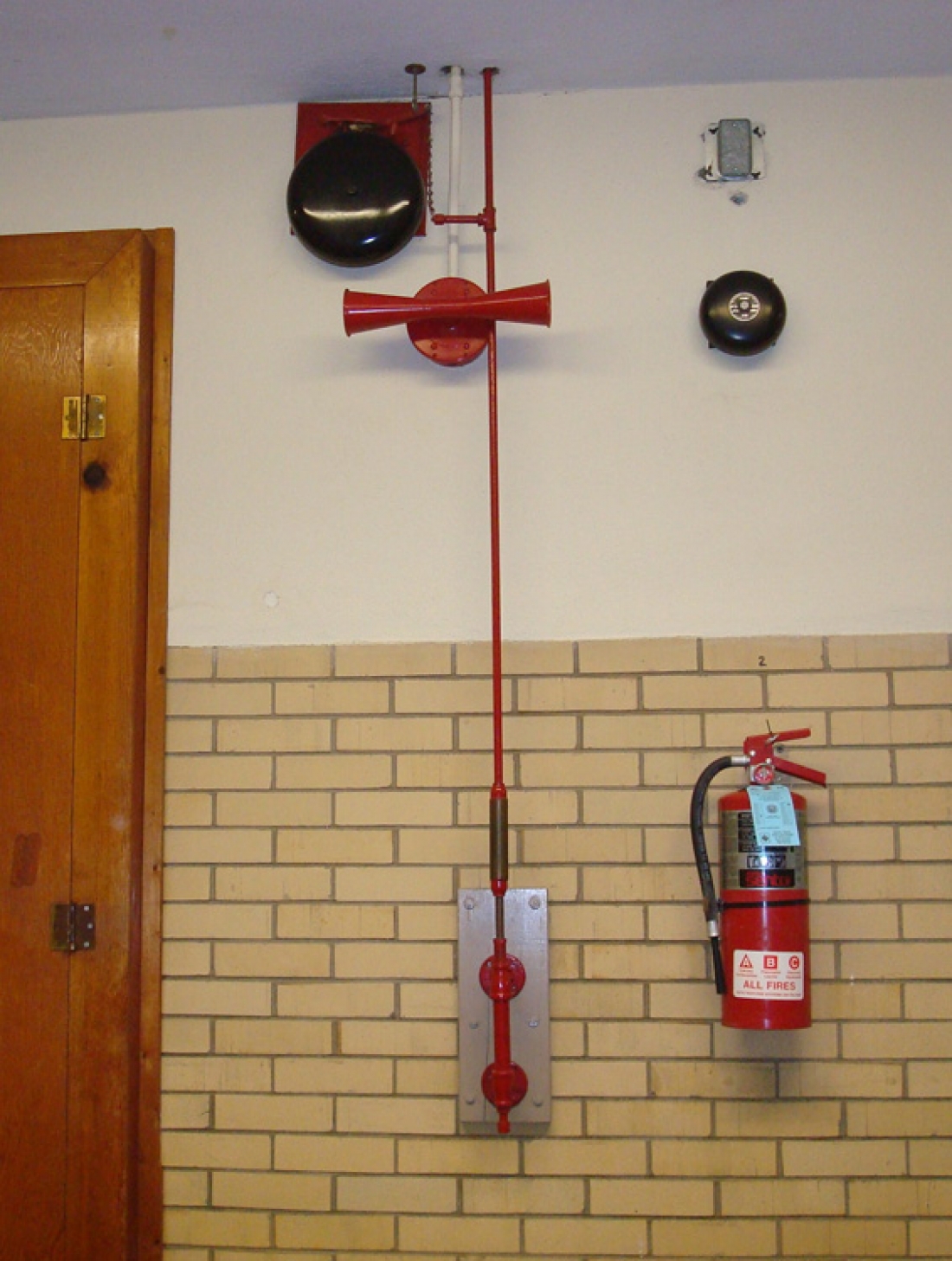 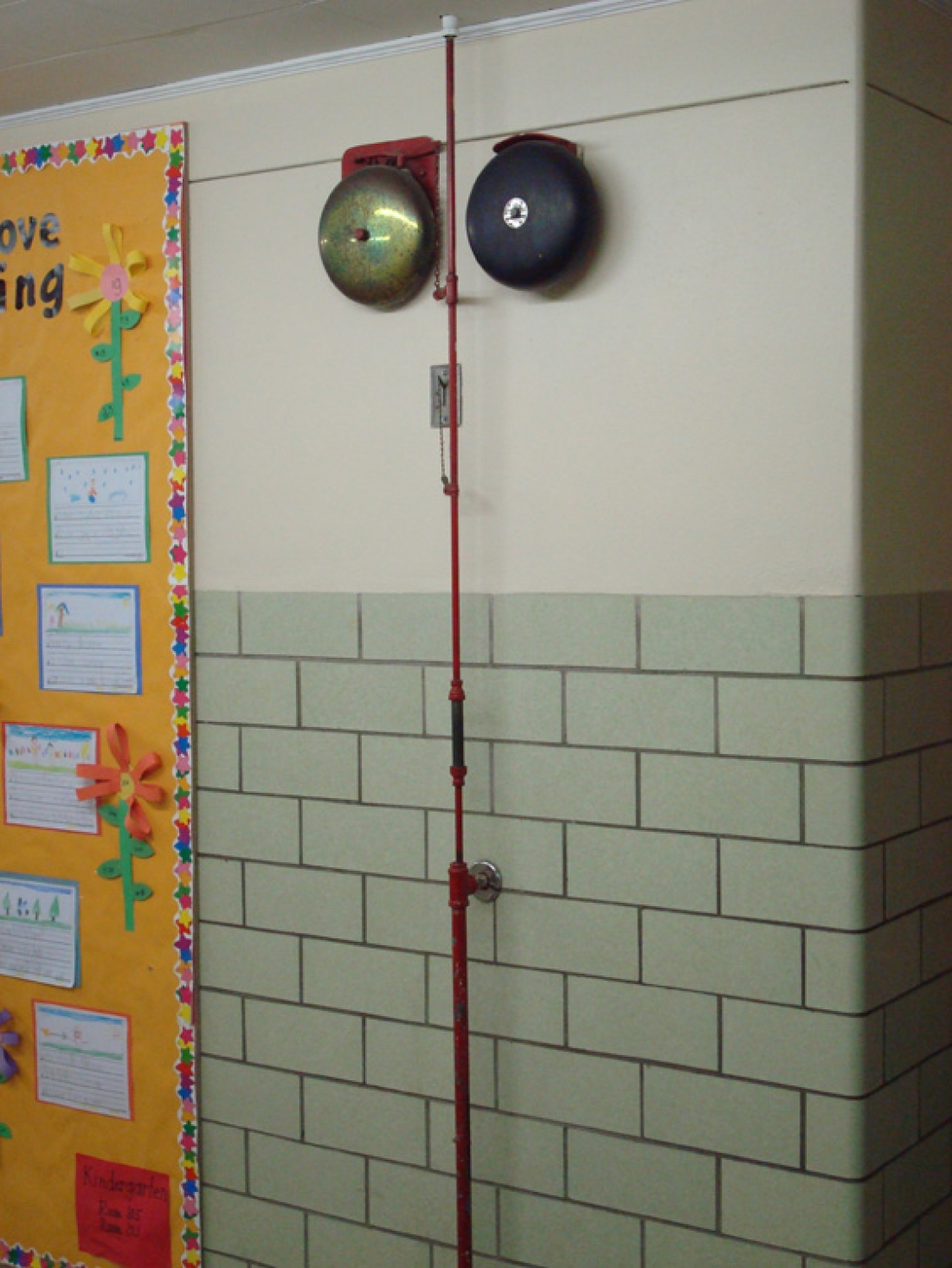 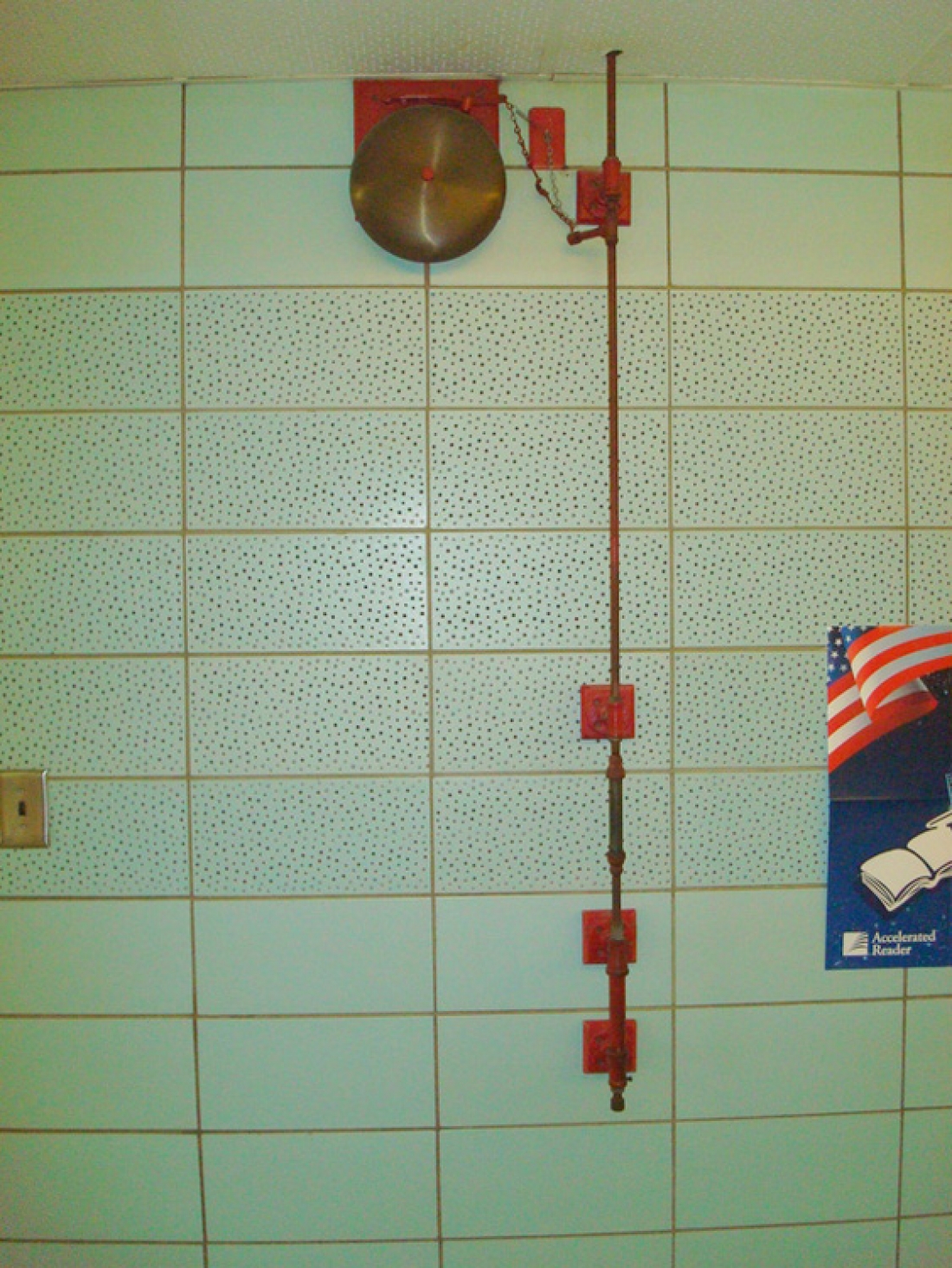 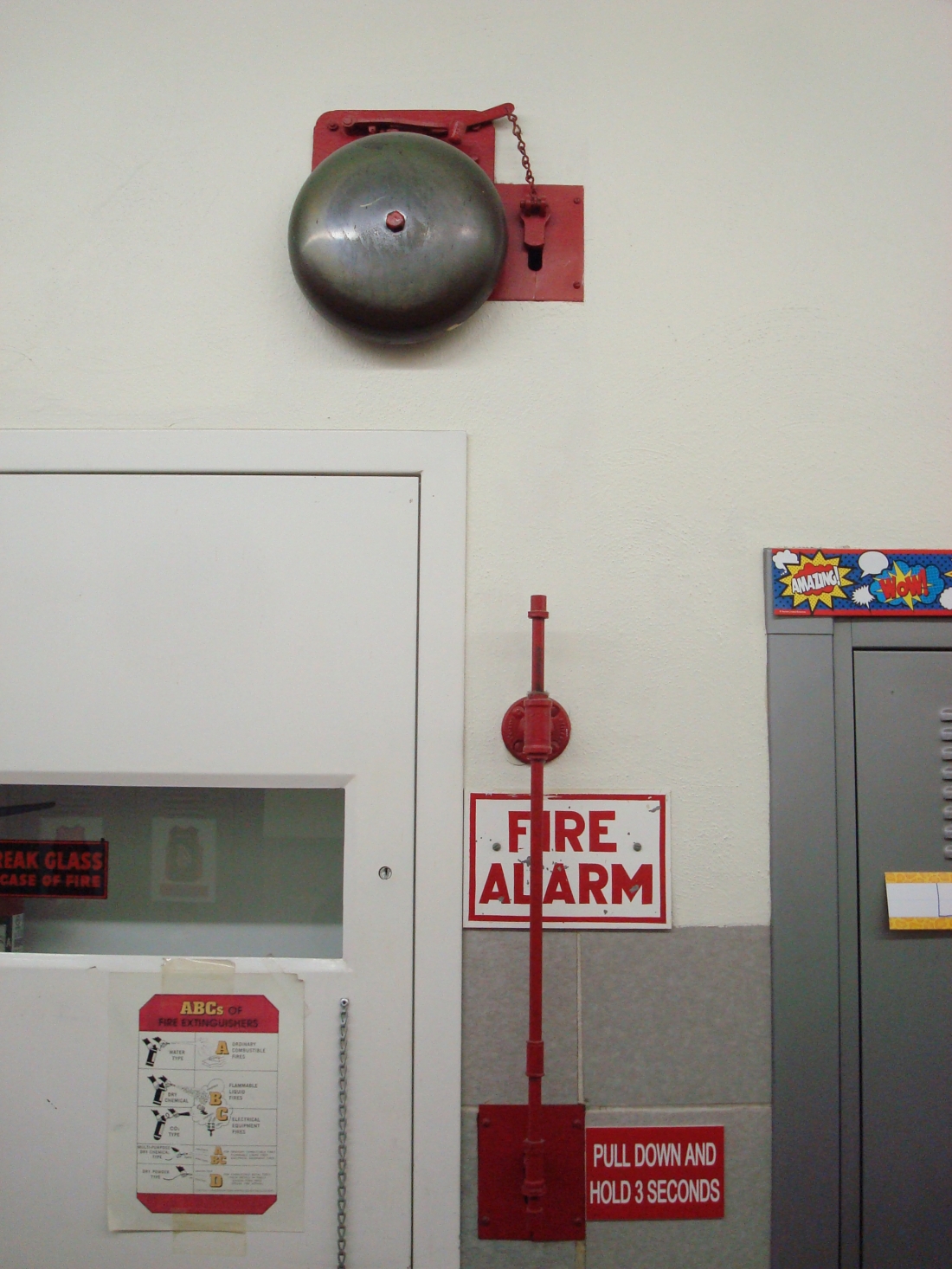 Starting in the late nineteenth century, pull rod fire alarm systems were commonly used in schools, factories, apartments, and other public buildings where an audible sound was needed to signal for a fire. The first pull rod fire alarms were manually operated; and all shared one major component, manual trip bells. Just like pulling a rope tied to a bell hanging in a belfry, by pulling the rod, one could ring the trip bells for either a fire or fire drill. In Canton, Ohio there was a great company named, Reiter, that manufactured signaling hardware. From the 1920’s till the 1960’s they were responsible for making thousands of trip bells and pull rod fire alarm systems.

The pull action of the rod was controlled by either an extension or compression spring. The type and size of spring and the amount of resistance needed, would be determined by the length and weight of the pull rod. Now, by simply pulling the rod on any floor, the trip bells on each floor would all ring at the same time. For every pull of the rod the bells would ring once.

After decades and several tragic fires later, fire safety regulations changed and improved. This brought about the automation of pull rod fire alarm systems. Companies that were pioneers in signaling technology like: Autocall, Edwards, Faraday, Federal Sign & Signal, IBM, Standard Electric Time, and Simplex designed and manufactured electric, automated fire alarm systems. These new systems were integrated with the old manual pull rod by components known as pull lever switches, momentary snap action switches, and micro switches. Similar in operation to fire alarm boxes or pull stations, they all were in fact electric actuators tied to the pull rod and then wired to the master fire alarm control panel.

When the pull rod fire alarm was pulled, it would now not only ring the manual trip bells that were tied to it, but also activate the electric actuator switch. This would then trigger the control panel to set off the electric bells or horns. Depending on the size of the building, additional pull stations or fire alarm boxes that are coded or non-coded could also be wired into the master fire alarm control panel.

Time is of the essence to evacuate all occupants of a burning building. Now with the automation of pull rod fire alarms, it was no longer necessary for the person activating the pull rod to keep pulling the rod to ring the manual trip bells. With just one simple pull of the rod, the electric bells or horns would now take over, signaling that there was a fire or drill. One of the unique features of pull rod fire alarms is that they can still be used in the event of an electrical outage. It is for this reason that many pull rod fire alarms were left in place after the electric automated systems were installed.

Pictured on this page are fine examples of pull rod fire alarms that once were, or still are, used today.  They were manufactured during a time when hardware was durable and made to last, versus the cheap and disposable fire alarm systems made today.

As time passes, it should be remembered that it really isn’t about the fire alarms. It is about the men and women who made them, and the fire fighters and others who utilize such safety devices to save lives and property. These historical artifacts should be a constant reminder of the dedication and sacrifices so many have made. 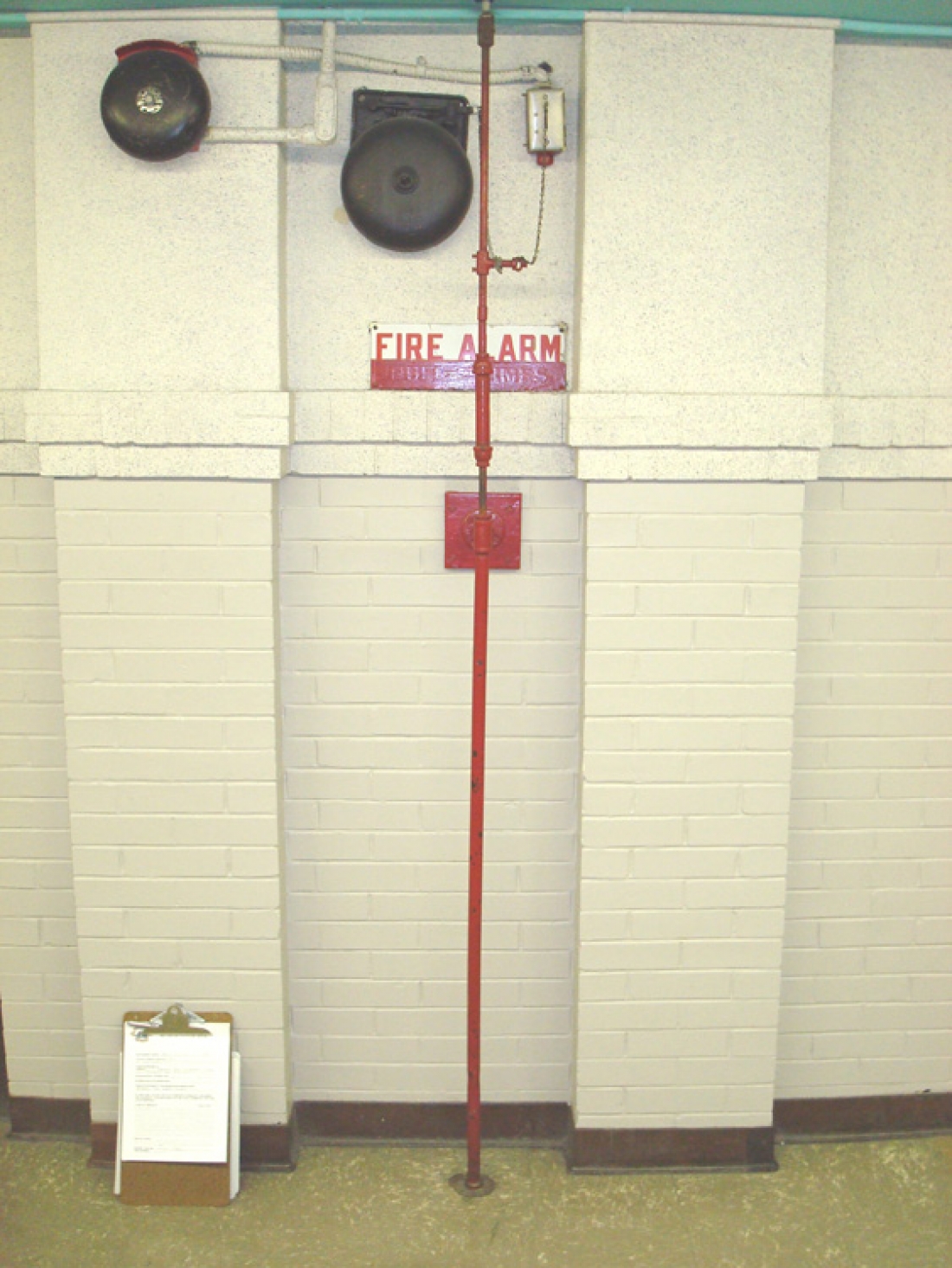 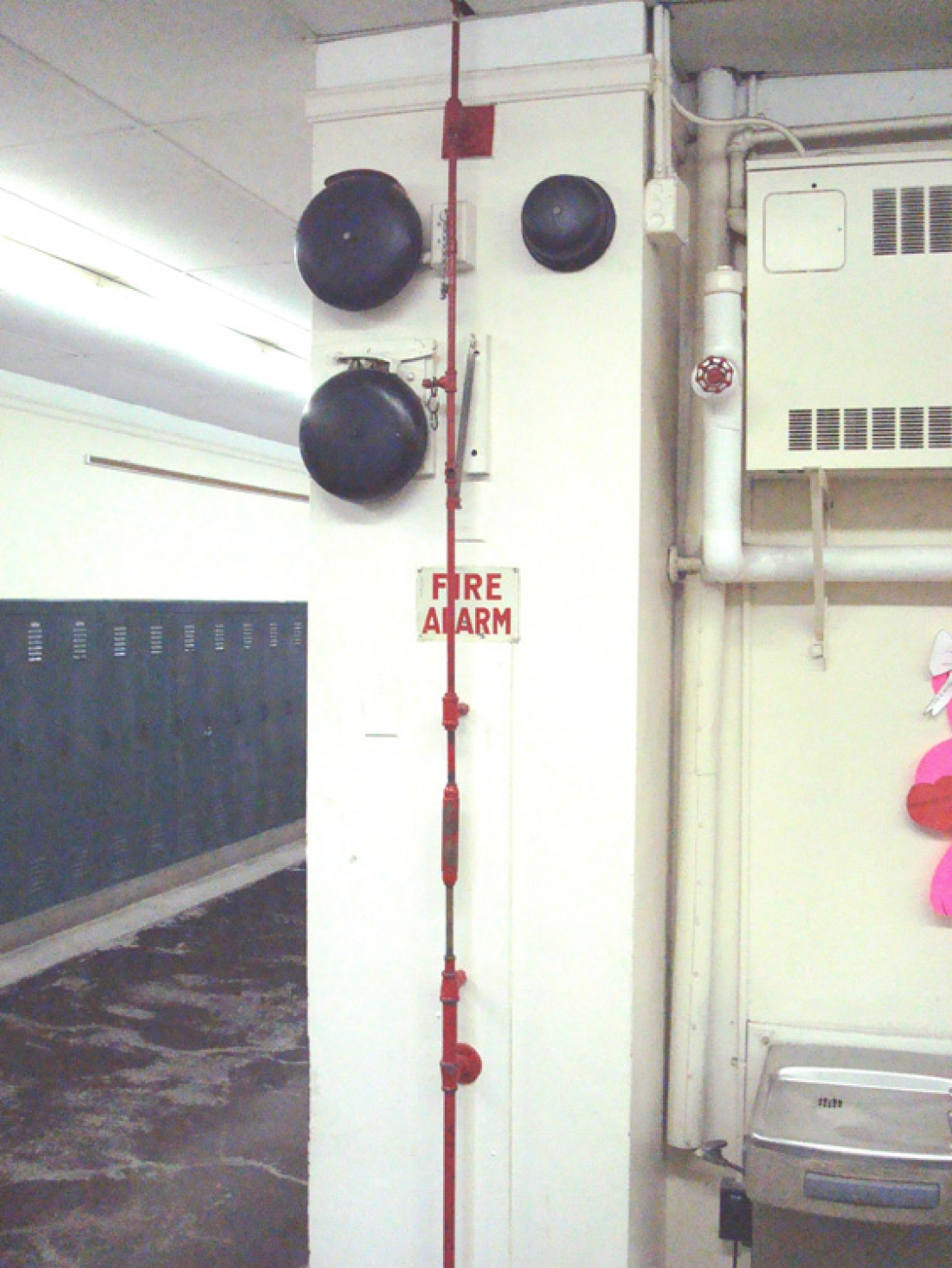 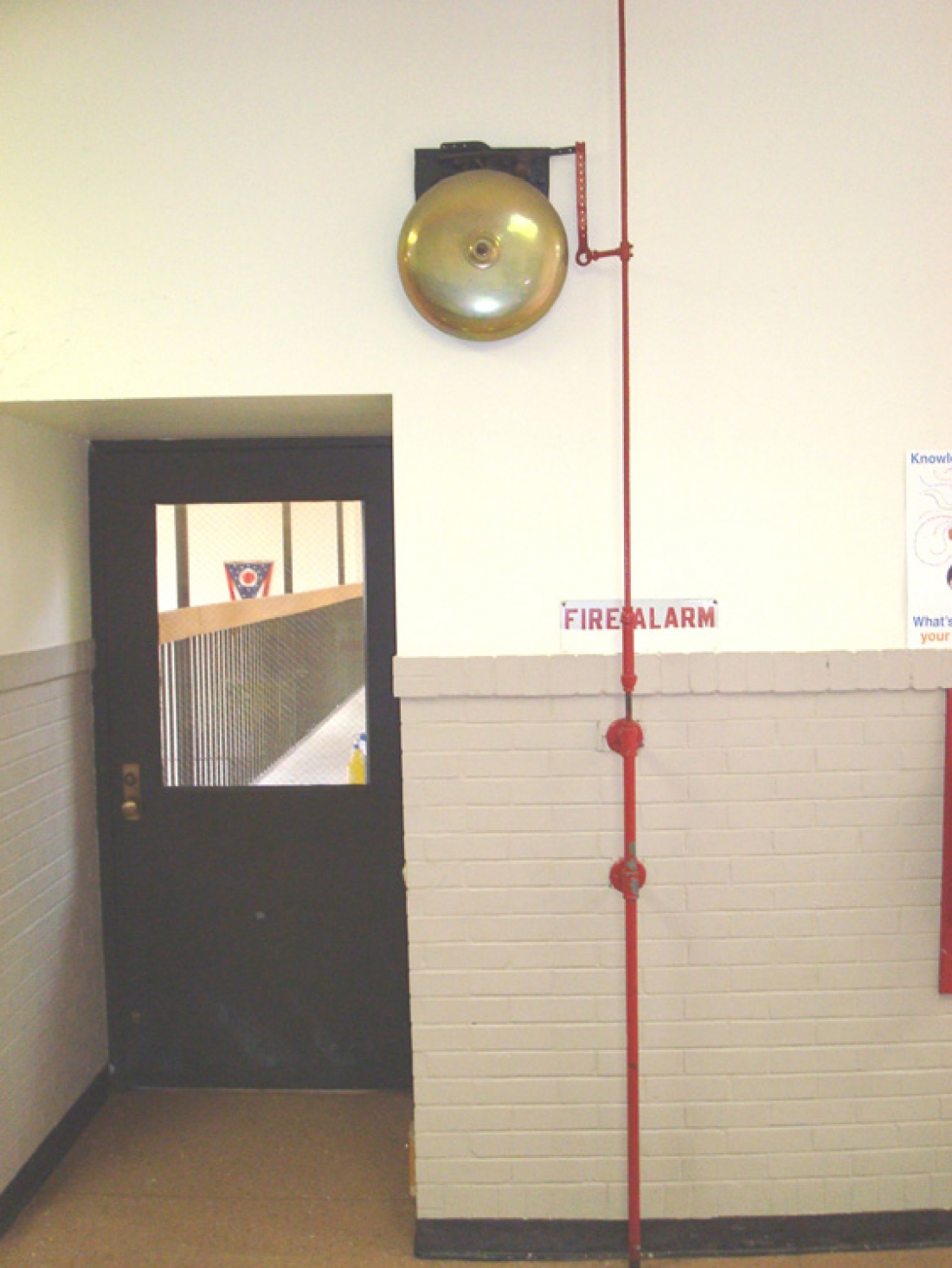 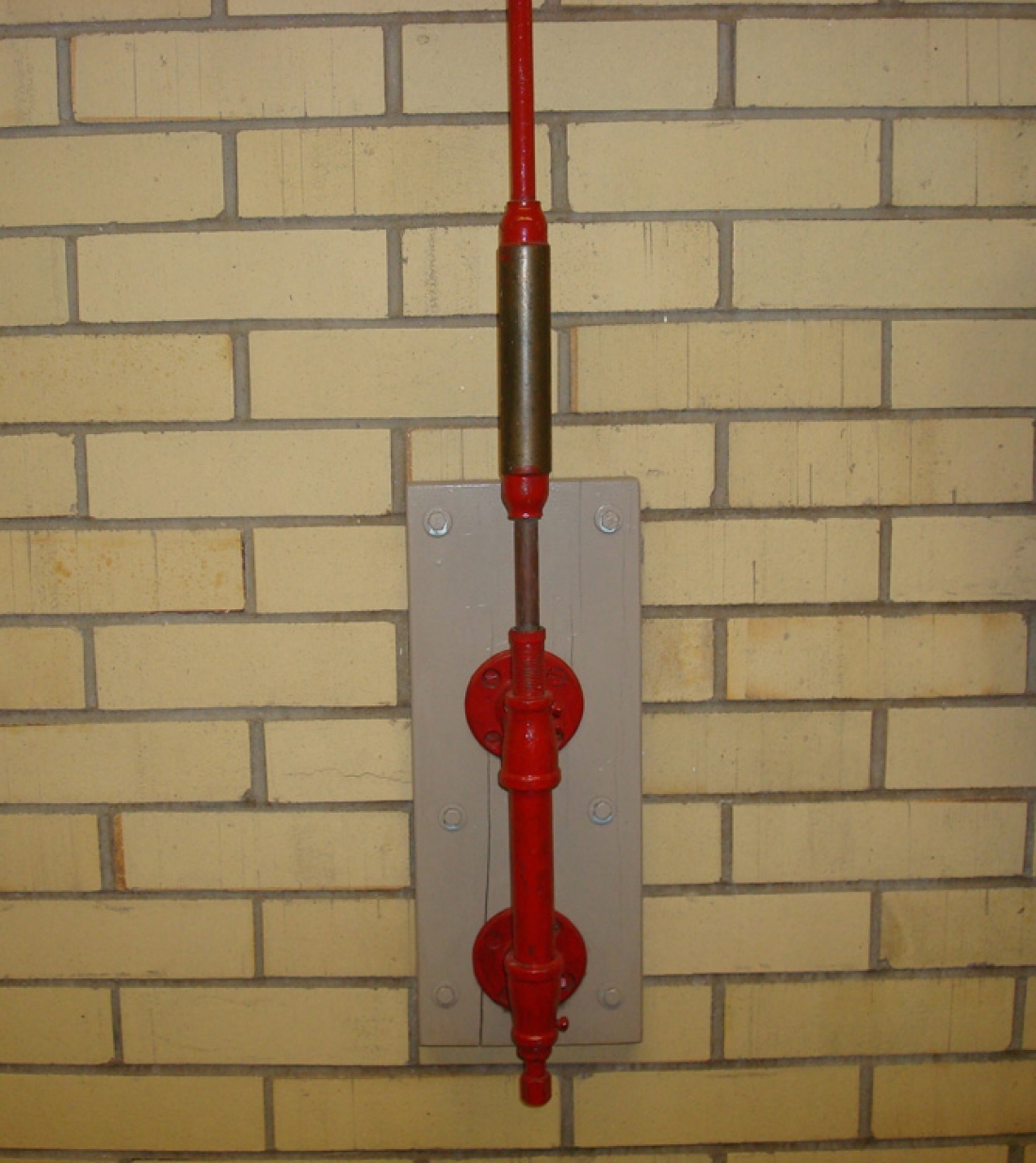 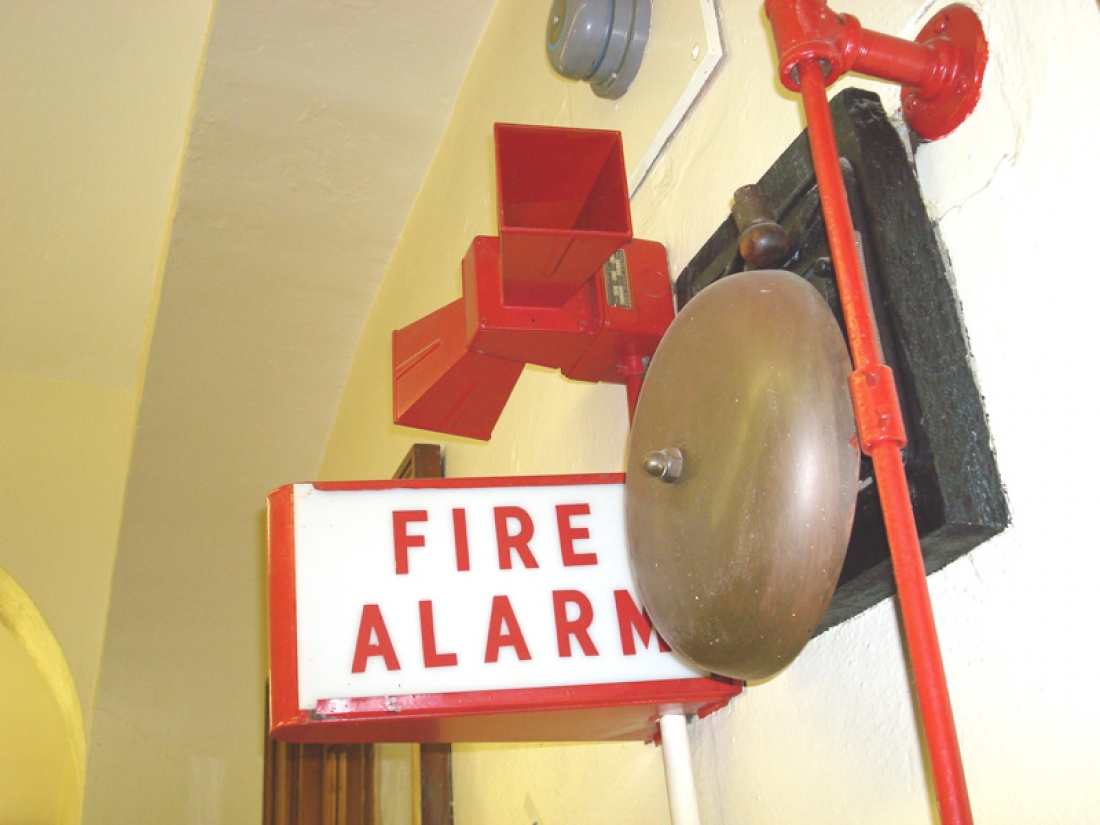 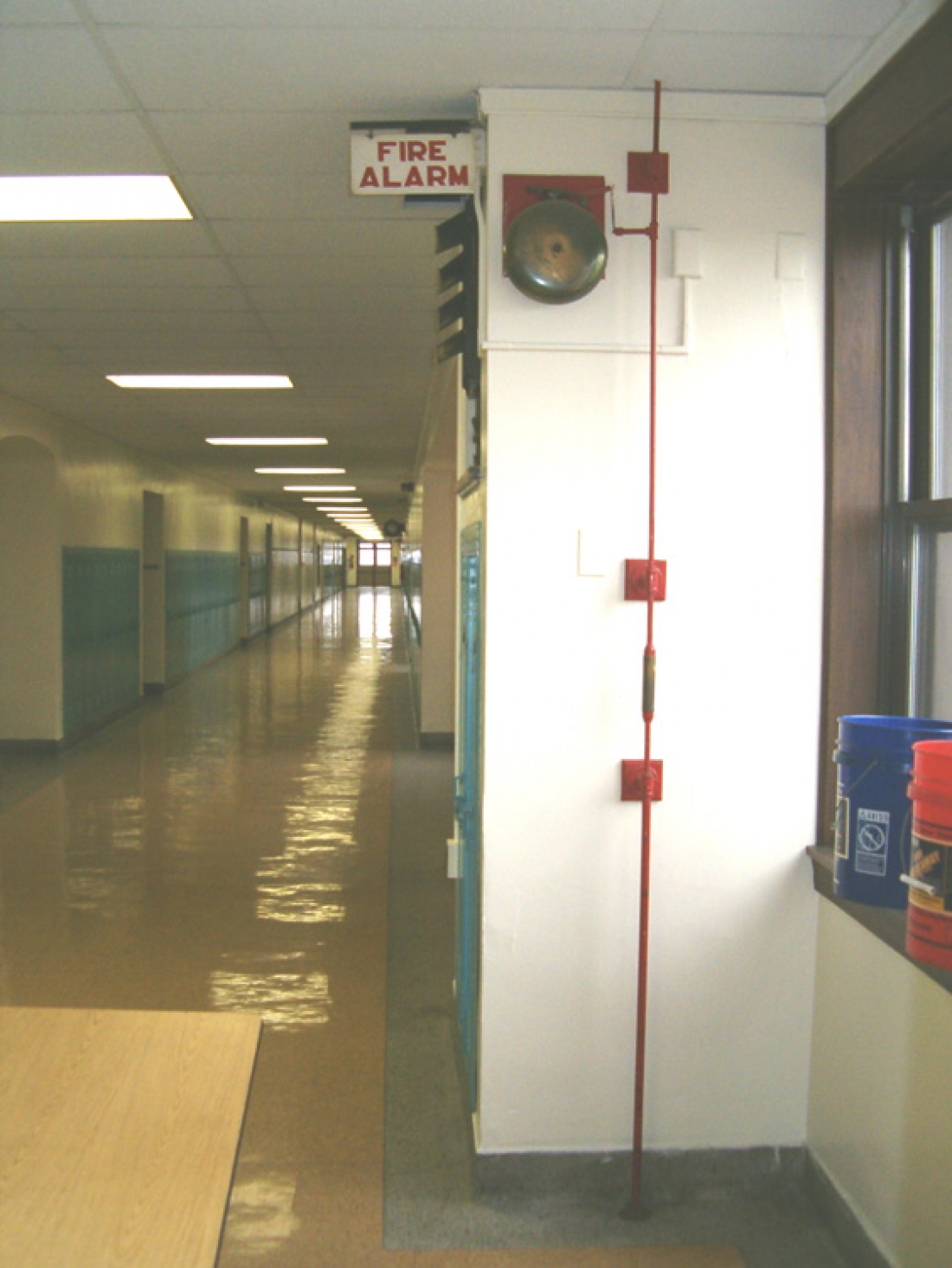 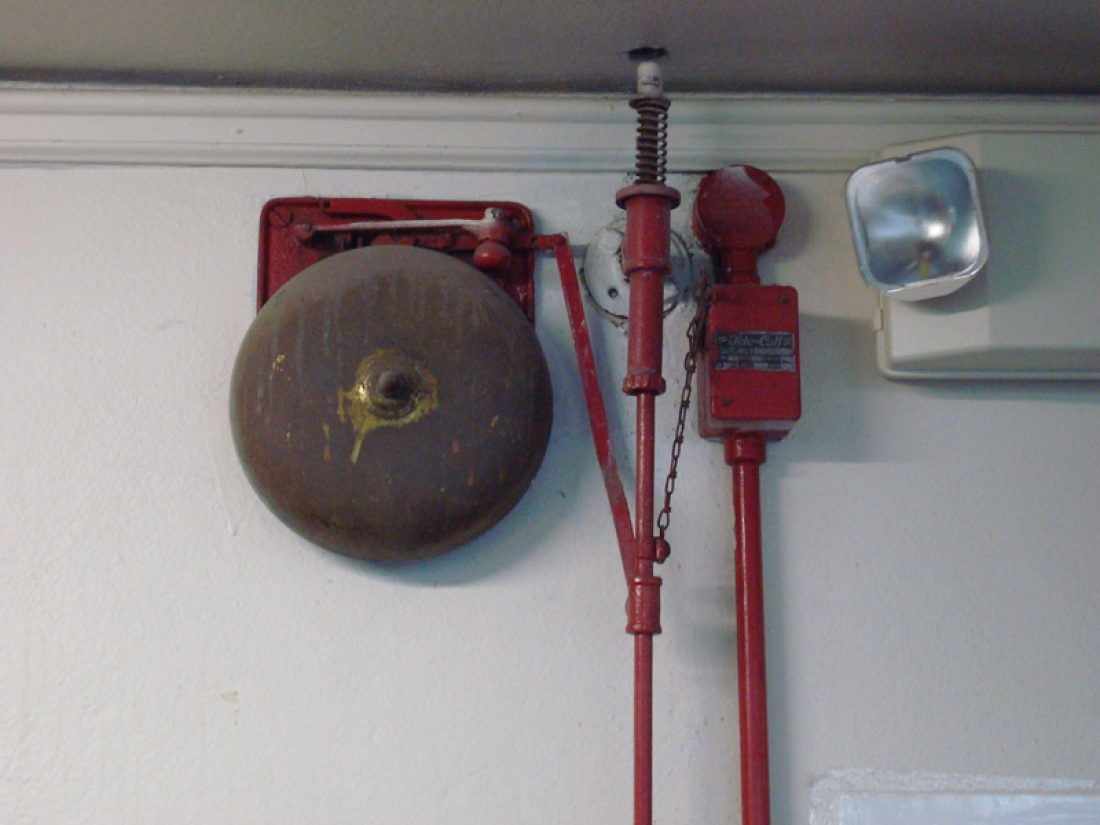 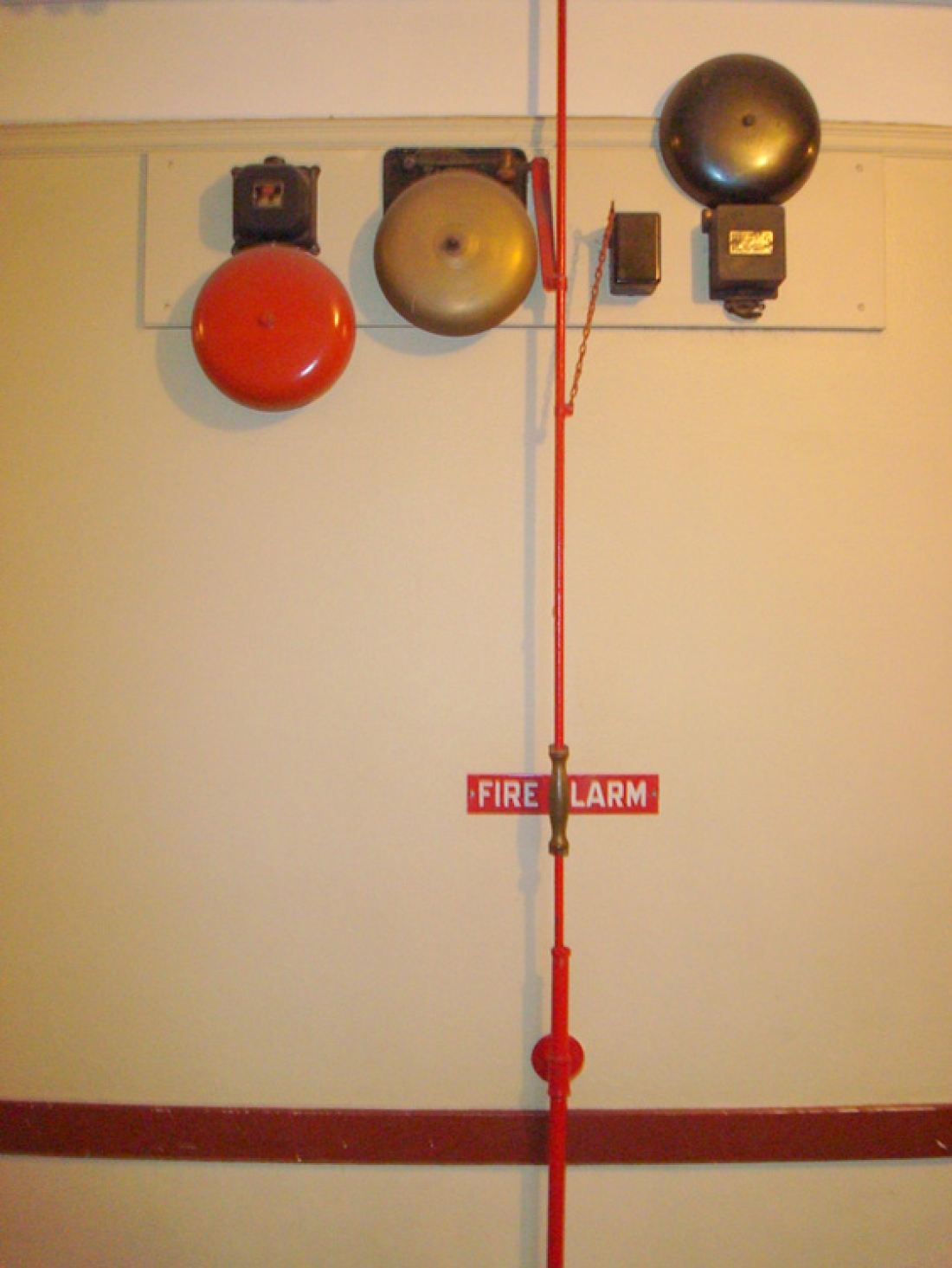